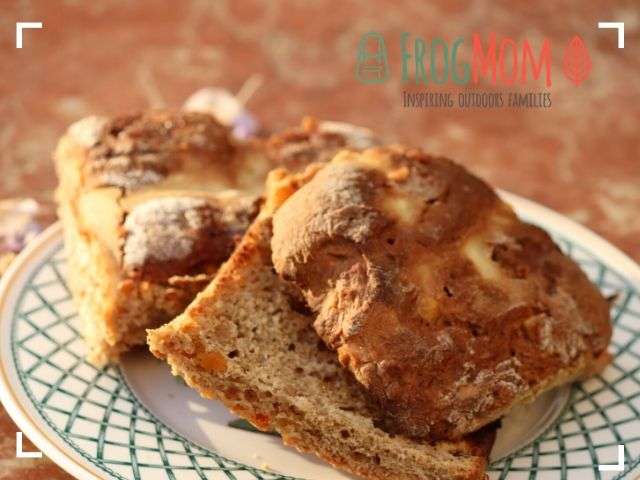 For Easter Sunday 2020 at breakfast, I wanted to eat hot cross buns with a smile on my face before enjoying another day of COVID-19 lockdown. Of course, being on lockdown in rural southern France meant croissants instead of hot cross buns unless I made my own hot cross buns, which was a creative prospect to look forward to. As my dad’s garden has 8 varieties of citrus trees, I thought I could add a personal citrus note to a foolproof recipe. While I used to swear by this whole wheat hot cross buns recipe, I had no whole wheat flour (Lockdown. Also rural southern France.) so looked for another recipe. Fortunately, I was given Flora’s mum’s recipe so things were looking up until I botched it. Yes, I am sharing this botched recipe for apricot, orange and Buddha’s hand hot cross buns but maybe take it with a grain of salt. Figuratively speaking. 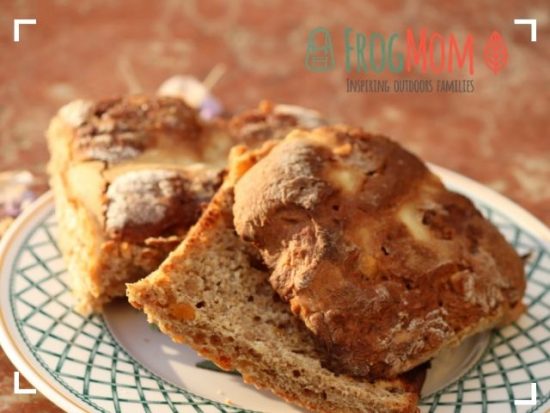 Don’t judge these hot cross buns by their picture. They were deceptively botched, their crust was chewy, they were flat as pancakes and had a tight consistency. The taste was OK, which was probably the only plus. They didn’t even look like hot cross buns. At best from afar without glasses, they could pass for sloppy fruited focaccia. After eating one for breakfast, I was stuffed.

Man, they were a disaster.

Why then would I share a recipe? Because everybody can make mistakes and it’s fine to let down your blogging guard, once in a while. Our social media channels are saturated with perfection, what with TikTok cakes that are works of art baked and decorated in 60 seconds, or with Instagrammable yummy meals that are balanced AND nutritious AND easy to make with your pantry supplies. Is this how we live? Effortlessly gliding in style through the kitchen and coming up with chef-worthy plates? Come on, we all know that life is not that perfect. Don’t we all feel better when we can mess up something and laugh about it?

Also, I’ll be honest. Provided you have flour in your cupboards (not a given in these times of lockdown), this is a “bake at your own risk” recipe and there is a remote possibility that you could end up with a good surprise. Who doesn’t like surprises when all days blend into one another, right?

Before we start, let me make amends by sharing this gorgeous wisteria pic. It’s the first thing I see out the kitchen window when I open the shutters in rural southern France every morning and right around Easter, it was glorious (it’s grown leaves by now – leaves are cool too). 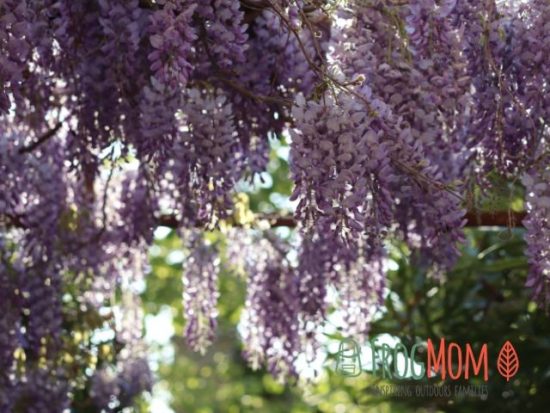 Also, let’s just say that I wouldn’t blame you if you looked for a foolproof hot cross buns recipe because hot cross buns are a time-consuming affair.

Now that my mind is at peace, here goes.

Where did I fail?

I’ll admit to adapting a recipe that was probably great (more on Flora’s mum’s below) but I wanted to make it my own. Sometimes, tweaks work. Sometimes, they don’t – and carnage ensues. 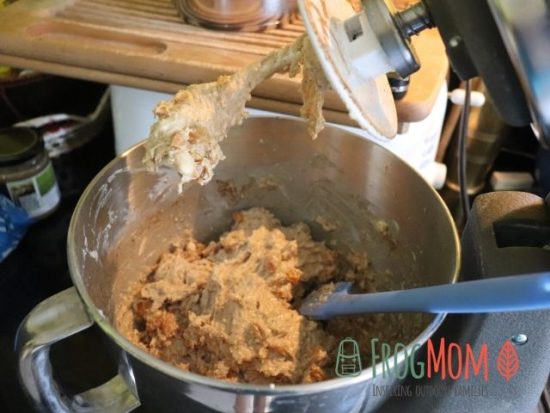 Up until the first proof, I believe that I was within the reasonable range of “adapting” the recipe. A little more butter, heavy handed on dried fruit — nothing lethal.

Second proof went well too, though the hot cross buns expanded laterally rather than vertically, already a structural concern. 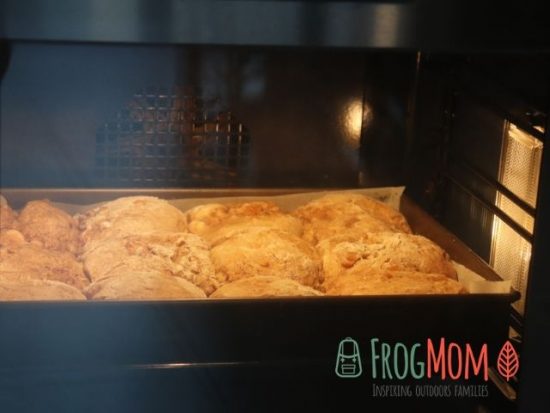 Glazing got the best of the buns. I drowned them. Not ashamed to say it. When the recipe called for 1 Tbsp of milk, I used 6. I can’t even recall why I thought 6 was a good idea. And when I wouldn’t find a baking brush in my drawers, I dunked the whole liquid on top of the risen buns, giving them no second lease on life. They went flat. Poof.

But wait! I wasn’t done. I truly believed I could flawlessly pipe crosses on top of now-deflated buns and get away with milk-soggy buns. Instead, I didn’t check that the flour and water paste was a paste. It was a sauce. So when the milk glaze had already undone much of the proving good, I went Jackson Pollock on the hot cross buns tray and added pain to injury. Flour sauce on top of milk tsunami. Can you spot the puddle of milk on the left side of the tray? Gee whiz, I was not messing around with the amount of milk glaze. 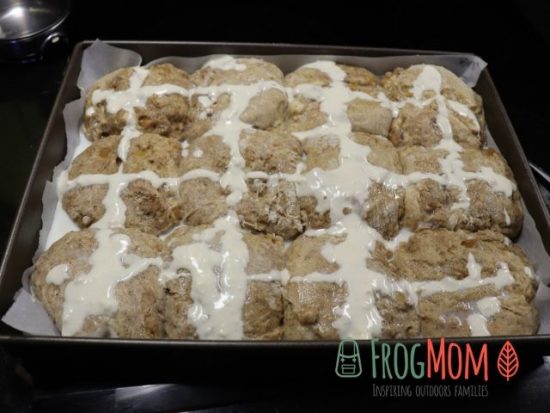 From there on, only a miracle could have saved the buns. A miracle such as, not starting a scary Spanish thriller on Netflix called The Platform, not staying too long in front of the first scenes and not switching to Brooklyn 99 because it was too intense, forgetting what was baking in the oven. Oops, hot cross buns! 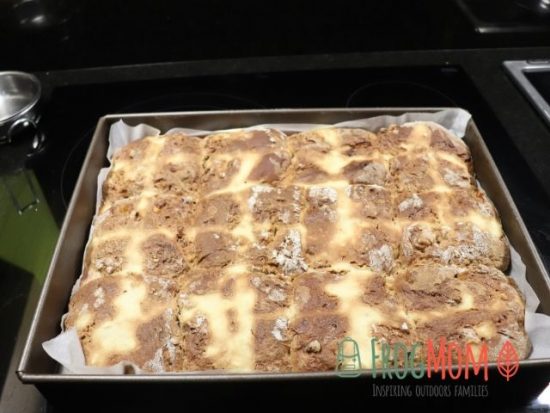 As a result, they may have overcooked by 25 minutes. They were not burned but they were definitely on the dry side. The milk solidified in a weird chewy-cheesy lawyer on top of the buns, the crosses were a distant memory. It was edible, which I was thankful for as it was Easter breakfast, but it was not the baking blaze of glory I was hoping for.

Sigh. I was now out of flour (lockdown realities) and couldn’t give these guys a second try.

Now, who really wants to know more about how this could have gone? Also, if you’ve made it this far, you’re probably one of my parents. 👋

What about Buddha’s Hand?

I did mention that one of the recipe ingredients is Buddha’s hand. Having Buddha’s hand in any recipe may seem like a non-starter but fortunately, there are common substitutes. In case you can find them in Asian stores, Buddha’s hands are a funny thick-rinded citron with many, too many long yellow fingers. In traditional Chinese medicine and folklore, they are believed to symbolize happiness, longevity, and wealth. As part of his citrus garden, my father’s got a Buddha’s hand tree that bears a couple of fruit every year. 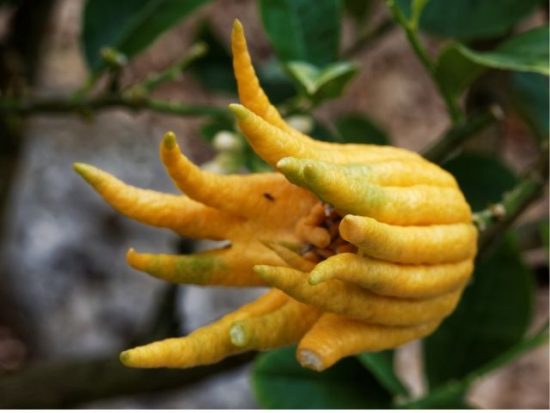 It doesn’t seem like much but once you have your two fruit, you sort of wonder what to do with them. That’s how two or three years ago, I came to candy two magnificent Buddha’s hand fruits. A few days ago, I found some candied Buddha’s hand in a cupboard. It was rock-hard (see how this recipe got off on a misunderstanding?) and thought, hmm, what could I do with it? 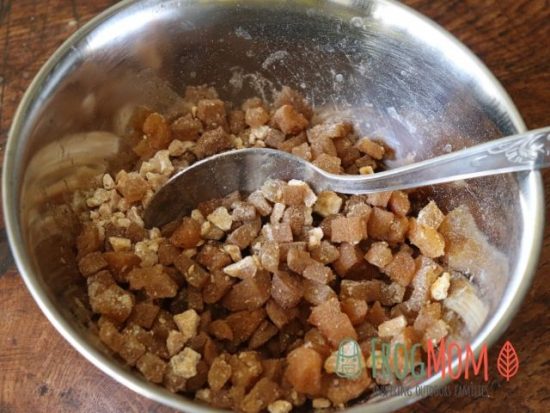 Why, blitz it into smaller bits, of course!

Now, what about Buddha’s Hand substitutes? It’s a citrus so any candied citrus will do if you want that tang, or if you’re not the tangy type, you could simply revert to the holy basic ingredient of hot cross buns – raisins.

Let me now introduce the hero of this story.

The day before Easter Sunday, I joined the online choir of the Serpentine Swimming Club and dropped that I was looking for a hot cross buns recipe. Swimming friend Flora immediately said, “My mum’s got a recipe!”. It’s mum with a u because I live in the UK, as does Flora. Presto, Flora was asking her mom for the recipe. I received a screenshot of her mother’s handwritten recipe with two sets of instructions minutes later. Flora’s mum saved the day!

Or rather, she could have, if I had curbed my enthusiasm. There are no cliffhangers in this recipe. Changing Flora’s mum’s recipe was such a bad idea.

Such a shame. With a cup of black tea, these hot cross buns could have been delicious sliced in two and buttered inside.

Instead, I’m dreaming of the next time I buy flour at the village grocery store so I can try again. And hopefully make Flora’s mum proud.

At Last – the Recipe

One thought on “Apricot, Orange and Buddha’s Hand Hot Cross Buns – A Cautionary Tale and Recipe”