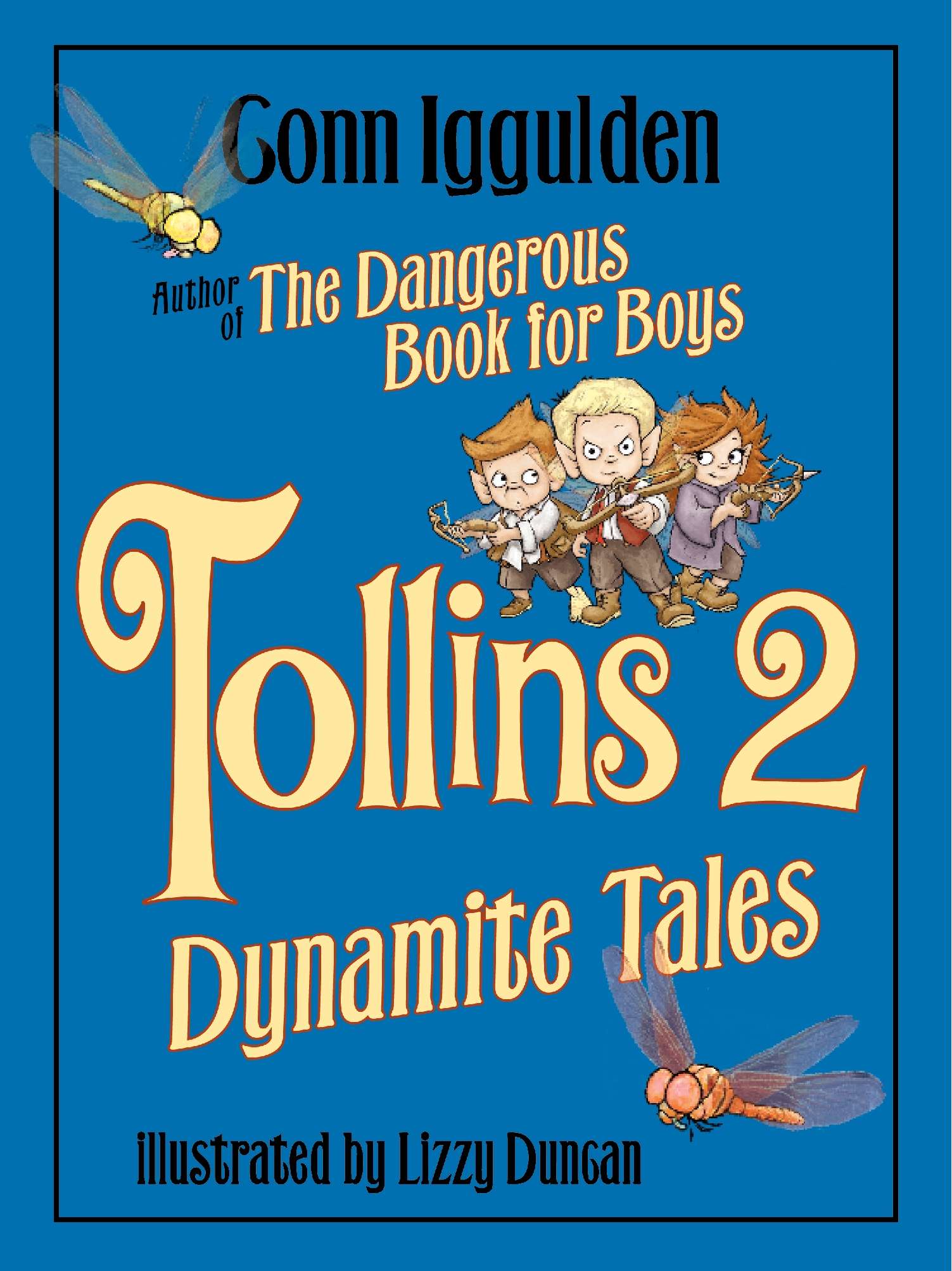 The Tollins books have been described as fairy tales for boys but the similarities stop here. The Tollins have wings and are molecularly tiny, they are magical and they are in sync with nature but that’s it. They don’t spend their waking hours sprinkling sparkly morning dew on flowers or painting rainbows in stormy skies. Tollins go on adventures. They play war games with dragonflies. They follow maps. They wing Shakespeare on stage with last-minute subs. They’re crazy fun and my girls loved our week of reading this book over several nights.

Chorleywood is home of the Tollins, a microcosm of a world in a forest with underground dwellings. In three thrilling stories, Tollins must  face the trials of theater, radio technology, and . . . armed invasion by an unexpected threat. Luckily, there’s only medium exposure to danger . . . such as when Sparkler catches his hand in a pair of pliers. In “Romeo and Beryl,” Sparkler discovers an old human book and decides to put on a play of a story that is filled with great love and even more shouting. At the same time, a new craze sweeps Chorleywood as dragonfly racing literally takes off.

In “Radio,” the Dark Tollins of Dorset invade in force, with a housecat leading the charge. Sparkler, Wing, and Grunion must find a way to save themselves, and possibly the cat as well. In “Bones,” the Tollins leave Chorleywood on a mission of mercy. The homes of the Dark Tollins are about to be blown up by humans! The reader dis­covers the importance of hot tea and toast in such desperate times. As well as jam, obviously. Once again, it’s Sparkler and his band of Tollins to the rescue.

Why I Love this Book

As laid out above, this hefty volume includes three different books that must be read in that exact order. They follow each other so you can’t really play musical chairs with the books. With short chapters perfect for bedtime (one-more-please doesn’t take more than 10 minutes), Tollins 2: Dynamite Tales

is a read that will tickle kids’ imaginations and possibly get them to scheme a nature adventure of their own.

and it says so IN BIG LETTERS ON THE BOOK’S COVER ART, I would not hesitate to recommend Tollins 2 both for boys and girls. Actually I suspect the Dangerous Book reference is only there to tell parents of boys who would normally steer clear from girly fantasy books that “hey, they have wings but it’s okay – see, the author knows about dangerous stuff. Honest, they’re not fairies.” And they’re not. The book includes explosions, hunting dragonflies, machine designs, catapults, sword fights, dinosaurs and spies. Clearly, we’re not in traditional fairy realm and that’s good.

As far as girls, there’s every reason they should love the book. Fun, adventure, risk-taking, quest, tunnels – and Wing, a strong girl character who refuses to be treated like a weakling and you can bet she’s a tough cookie. To the author’s credit, Wing is a great female warrior but I wish there was more than one. Please in the next book, a more balanced ratio of girls to boys? Ah well. My 6-year old and 8-year olds certainly went to bed every night with one wish – that the next day would go fast so they could hear the rest of the adventures.

And here is another advantage of the book. It’s a great bedtime read aloud. As you probably know, once kids become independent readers, there aren’t that many books that lend themselves to good bedtime reading. Either books are too complicated or they’re too simple or too short, but books like this one can be savored over several days while still satisfying the intellectual cravings of school-age kids.

Last but not least, the illustrations on every page give a hint of the story to the younger kids while the older kids can build more imaginary worlds in their heads based on the images.

To finish I’d like to quote a lovely passage about the discovery of a cave in Bones: “Before them was a vast orange-and-cream colored cave, hung with stalactites and stalagmites. Lamps swung from thin threads across the open space and stone steps led down to the distant floor.” I too want to be a Tollin and discover caves with lamps swinging from thin threads..