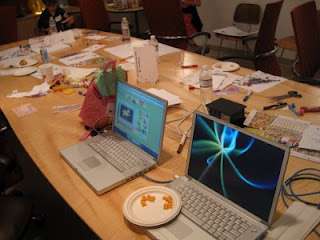 > Bring Your Kids to Work Day

Bring Your Kids to Work Day 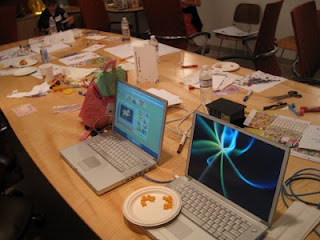 “So, what do you think I do at the office?” I asked my five-year-old after I took her to the Take Our Daughters and Sons To Work Day event at my office. “Hmmm, you do colorings all day?” Sure. How did she know? That’s just the essence of legal work.

“How would you describe the office?” I asked the three-year-old. “Oh, it’s just like home. There’s plenty of doors and even a kitchen!” she replied. Okay. The idea behind this event is to make it “a successful day that strengthens the connection between education and work and relationships between parents and their children.” Well, I guess it works better for older children than younger ones. Ha!

Mine are now convinced I s 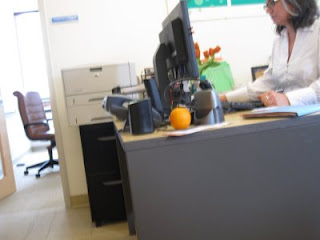 pend my office days coloring drawings, playing on PBSKids online and eating cheese pizza for lunch. That said, they were very excited to see my work surroundings and they’ve been talking about it for days at school with their friends, which officially signs up my workplace on the cool list.

Was it a success? I think so – only not quite the idea behind the 1993 event. For them, it was a fun play date with new friends in a conference turned into an art studio. The event gathered 15 kids or so from 14 months through age 10.

The morning started off with a light breakfast and an office tour (which we missed). We joined the (younger) group when they were decorating carton photo frames with glitter glue, stickers and markers. They were filled later with a photo of the children with their parent. While the kids were doing art, some were being filmed and interviewed. Some even got hold of small video cams to interview adults around the office.

My girls stayed more low tech. After they were done spreading glitter glue all over their outfits and way beyond, they went on a office scavenger hunt. This was a really neat idea. 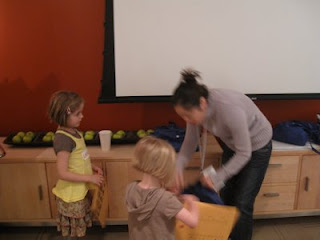 to gather in a blue bag: a blue pen, an office business card, a quarter, a rubber band, a piece of candy, a binder clip, an interoffice enveloppe, and Post-It’s. The office supplies part was easy, it’s mostly in one spot. For the business card, they just asked my boss. But the piece of candy? Everybody by the reception desk! That’s where the candy stash is at. The children each pocketed a peanut butter cup or gum and completed the scavenger hunt, receiving as a reward a laser pointer pen.

Pizza was next on the agenda, after Wii bowling or Wii tennis playing for older children.

At the office’s Toronto office, they were supposed to build a web page. Don’t know if they succeeded, but that was pretty ambitious. What did your office do?