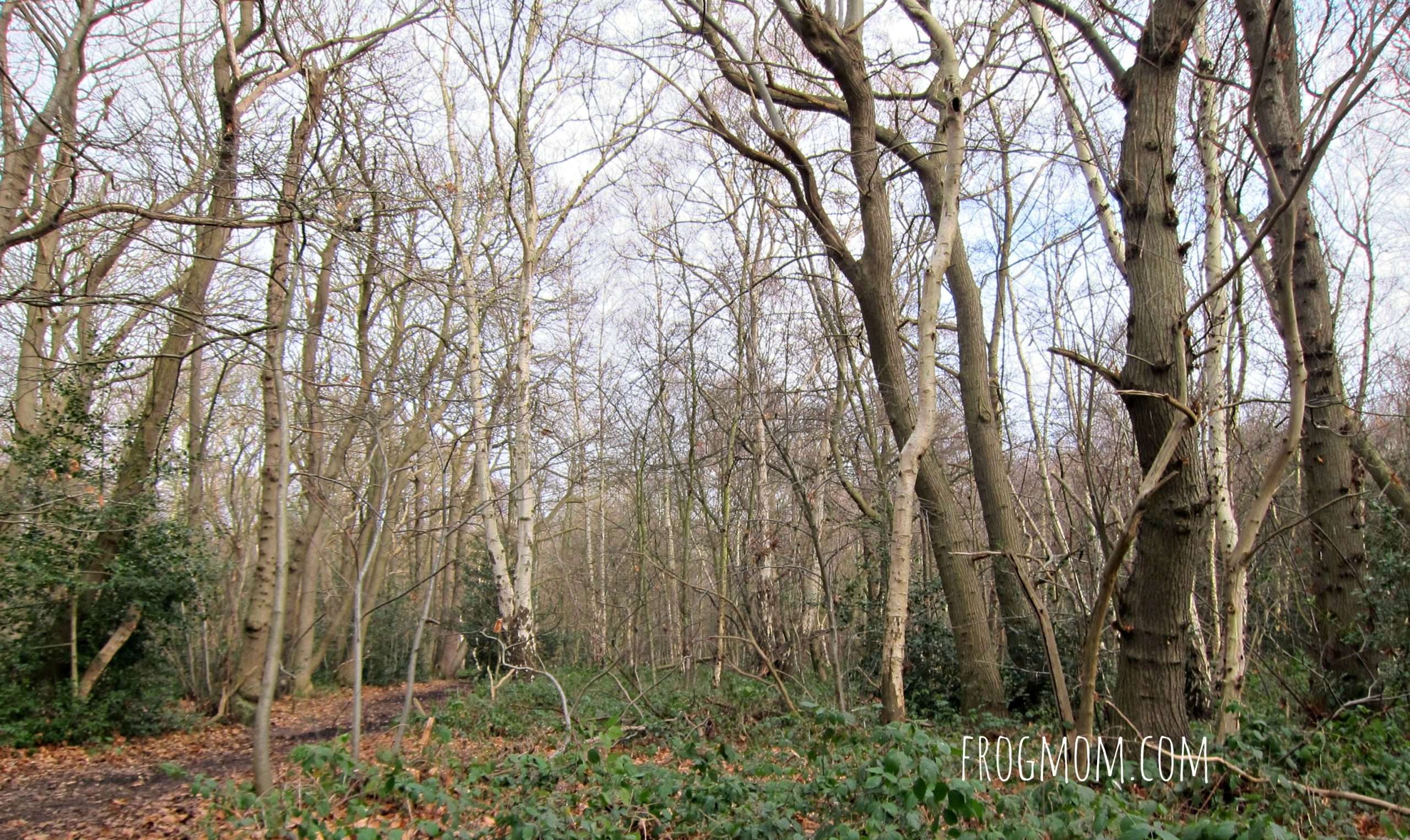 Only half an hour from Victoria Station, Chislehurst offers a nice day out with children, combining easy hiking trails through two National Trust protected woods and caves whose history includes WW2 families and Roman times. We picked this destination because it was only an hour away from us, door-to-door, and because it offered a mix of nature and history. Though most winter trees were bare, the woods were really nice with thick clusters of chestnut trees, galloping ivy and holly bushes goe wild. 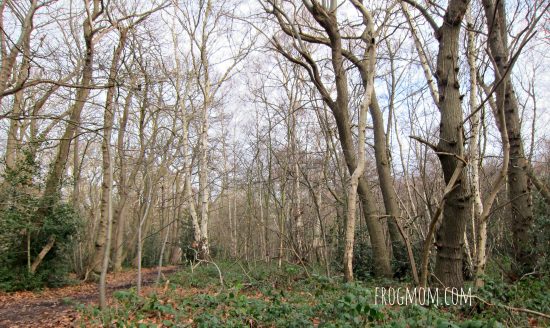 Chisleshurst is located in Kent on the Victoria to Orpington line, but not all trains stop at Chisleshurst, as we experienced first hand. 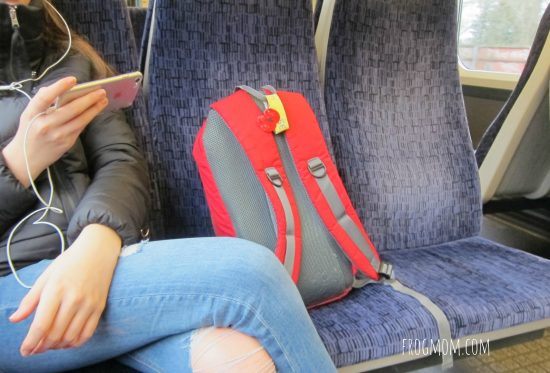 We sort of took the wrong train and went all the way to Orpington, realizing too late that we had totally bypassed Chisleshurst. Fortunately, another train took us two station back to Chisleshurst where we got off at a small Victorian train station.

Our plan was to follow a 3.5 mile hike described on Kent Walks near London and we started as instructed over a pedestrian bridge. On the opposite parking lot, a group of teenage boys were channeling their inner Stranger Things bike gang, practicing stunts on fat bikes. We took a pathway on the left and immediately found a bridge over Kyd Brook, a tiny shallow stream lined with tall trees, one supporting three DIY rope swings. 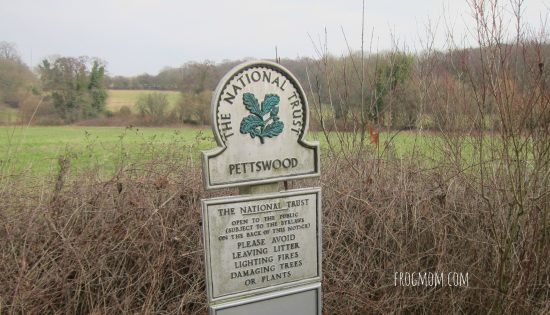 We turned right before the bridge and followed the train tracks for a little while before going up and finding the edge of Petts Wood next to meadows. The weather was initially gloomy but we were hoping for a ray of sunshine and around lunch time, it showed up. 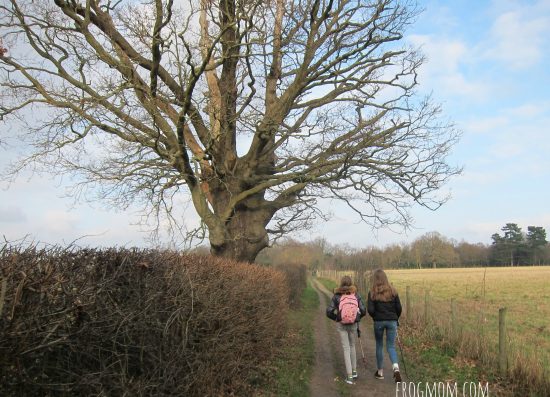 Because it was a cold day, we reheated our lunch on our MSR gas stove, something that was done in 5 minutes flat at the foot of an old chestnut tree. 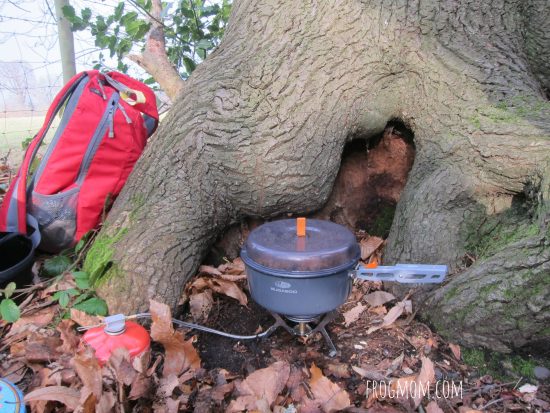 I was afraid that the smell of warm mushroom barley stew would attract all the dogs of the neighborhood but fortunately, foot traffic was quiet and we carried on with lunch, sitting on the tree’s split trunk and its roots. 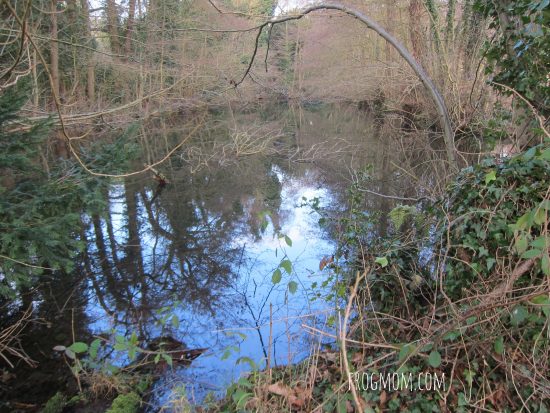 We decided to save some more Petts Wood for a future trip as we wanted to visit the caves and it was already 2pm. We walked past a lovely pond as we came out of the woods and made our way to the caves, bizarrely located 500 yards from the train station, in the town.

I had read that Chislehurst Caves was the closest cave system close to London and an oddity at that–20 miles of man-made chalk tunnels with a colorful past. We bought our tickets for the 3pm tour and waited 45 minutes inside the visitor center.

While staring at the ceiling, more Stranger Things happened.

“Who are these guys dressed in medieval garb?” my husband asked.

Wait. What? I went outside. 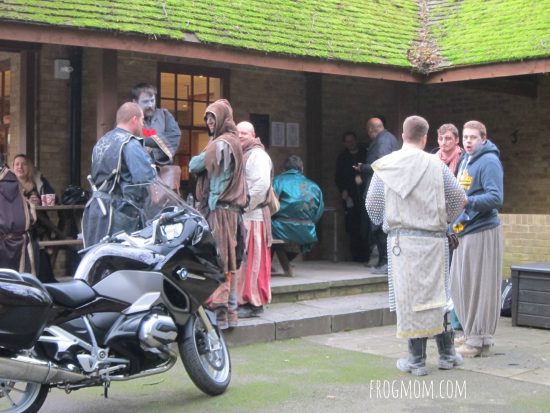 Indeed. There were about 20 people, mostly men, dressed as if they were Robin Hood’ing the caves. I couldn’t resist and had to ask them. I thought that they were actors or something. “Oh, no. We’re playing a game,” they explained. And that’s you discover the secret Dungeons & Dragons scene of Chislehurst Caves called Labyrinthe. Some guys were filling character evaluation forms on a bench and clearly, this was very serious shit. 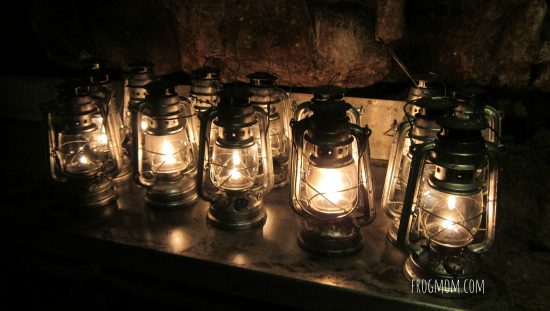 Our tour time came up and we all lined up to enter the cave, each family group grabbing a kerosene lamp to light their way through the tunnels. How cool is that? Added bonus of kerosene lamps in the winter season: they keep your hands warm when it’s cold outside. 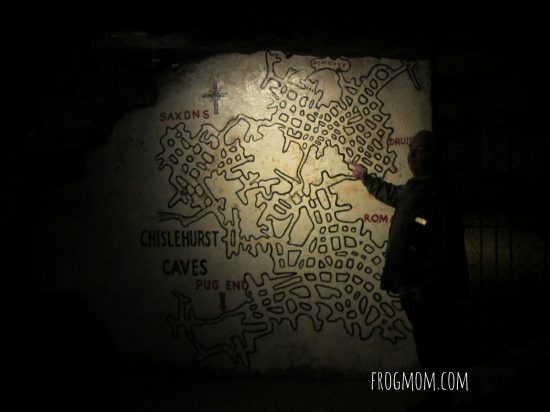 Our tour guide had been guiding people in the caves since 1968 and was really knowledgeable, adding many anecdotes to his well-rehearsed script. He started by showing us a map of the tunnels and giving us a quick timeline. Some of the oldest sections were dug up around 1,250 AD. 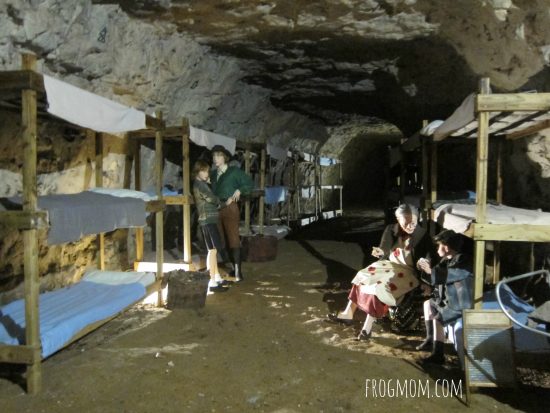 For the kids–and there were many on the tour–the most interesting parts were staged scenes throughout the tunnels recreating WW2 episodes and showing how the tunnels were used. For the adults, we were fascinated to learn that Jimi Hendrix, Led Zeppelin and The Pink Floyd had played in the tunnels, that the caves had been used as filming locations for Dr Who and other movies, or that the tunnels had dried up since the hill above our heads had been gradually built.

I highly recommend visiting these caves if you can and on a rainy day, they would be a really fun family activity. Ow, if you’re into WW2 rationing, tickets or paraphernalia, the visitor center features small but interesting exhibits.

This concludes our brief day out in Chislehurst but now that we know what we’ve missed (it’s a surprise, I can’t say), we definitely intend to return in the spring.