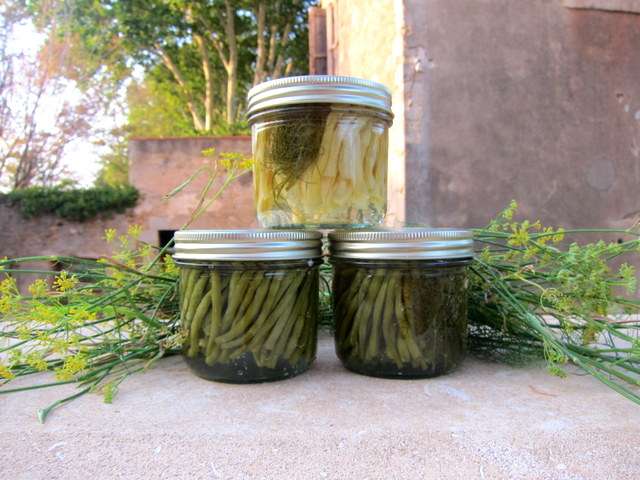 We never thought much of pickles until we tasted crisp cauliflower, carrot, daikon and green bean pickles at Tao Cafe Restaurant, a Vietnamese restaurant in the Mission in San Francisco. They were crisp, fresh and completely addictive. Even our girls kept coming back to the sour crunchy veggies and ate their fill before the imperial rolls got to our table. Last week we saw beautiful green beans at our local market in the south of France and my husband decided to re-create these yummy pickles. Inspired by this recipe from All Recipes, I orchestrated these pickles using the wild fennel that grows between the rows of grapes in the vineyards behind my father’s house. Wild fennel is so easy to find on walks in the Bay Area and elsewhere that I thought it would be fun to combine culinary delight with a foraging adventure.