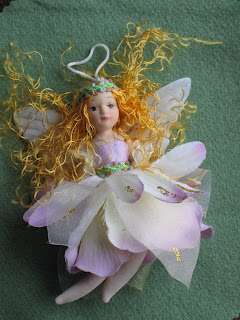 > Fairies in the Bay area

Fairies in the Bay area 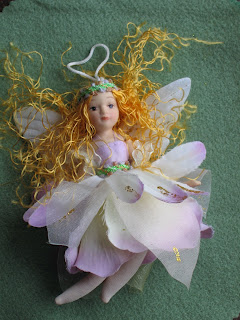 Do you believe in fairies? As a child I did. Now my two girls believe in them too. We have all sorts of fairies and elves around the house and outside the house. There are seasonal fairies like the Halloween Fairy and the Easter Fairy who take away all your candy at night and replace it with a present. There are orderly fairies like the Closet Fairy who takes away your dresses if you’ve had a tantrum wearing clothes selected by mom. There’s the obvious Tooth Fairy but we haven’t hit that age yet. On the elf front and apart from the Christmas usual suspects, we have mischievous night elves (we call them lutins in French) who entangle little childen’s hair at night and leave it up to mom to fix bedheads.

Then there are winged fairies in the woods under the moonlight, the most interesting in my opinion. Now, wouldn’t it be nice to build homes for them? I read the description of a fabulous fairy birthday party on a blog yesterday and it’s inspired me for my girls’ next birthday party. They’ll be three and five, just the right age to build houses for little wood creatures. There was also an article entitled “Fantasy Island” by Rachel Simposon in Wondertime magazine laying down basic rules of building regulations for fairies: no uprooting or disupting of living things.

That spurred my curiosity: where would be good spots in the Bay Area to find fairies and build them houses?

Obviously, a Redwood tree grove would be ideal but any wooded area could be used. The damper, the better as you’ll be likely to find moss, a most versatile building material (beds, roofs, gardens). Last thing, a few acorns or berries would be nice additions to fairy’s home, if only because children could return and find the berries or acorns are gone, eaten by a squirrel, notoriously good friend of the fairy people.

Now, where do we go? Since Muir Woods, Stern Grove and the Golden Gate Park attract crowds, here are other quieter options.

My friend Sue told me about the Old Mill Park in Mill Valley. Conveniently it’s located next to a library, across from a playground and a river creek runs through the bottom with a replica of the old mill. There’s redwoods all around so it sounds nice if anybody lives across the bridge or feels like crossing it.

Closer to home, there’s a redwood grove at Huddart Park in San Mateo but I wonder how easy it would be to feel isolated in such a popular park. I’ll have to give it a try.

San Bruno Mountain County Park at the top of the San Bruno mountains is a lot quieter but from hearsay, weather can be windy and as cold as the coast so it’s hard to plan for a day out with a 10 picnic index rating.

For an East Bay adventure, the Oakland hills are covered in redwoods and thee are some pretty nice quiet spots over there (the obvious Redwoods Regional Park but several others too).

Time to think a little Bob the Builder workshop in the woods!