“Mom, did Cinderella really happen?” asks the five-year-old on her way to school.

I could have brushed it off with a few words and simultaneously crushed five years of patient fairy tales brainwashing. “Sweetie, it’s about time I told you the truth.” Of course, that would have led Santa to the dump of adult lies together with leprechauns, lutins, elves and unicorns, and I’m not even mentioning the Tooth Fairy. Sadness and bitter tears would have ensued and I would have lost all my bedtime allies.

But deep inside, I love fairy tales and flying creatures more than I crave blunt honesty so I just answered. “I don’t know Sweetie, I’ll need to look into it.” And so I did.

So that you know, I don’t drive a mouse-powered carriage. I don’t expect birds to fold my laundry in the basement. And my husband doesn’t return from work on a white stallion with a feather on his head.

Having said that, it was worth taking a closer look at fairy tales. After all, I wondered, why wouldn’t there be some hint of historical facts in them as with many folk tales?

On a GGMG mom’s suggestion, I started my investigation with Hansel and Gretel. “Hansel and Gretel is based on some truth of famine during the dark ages,” she wrote, “Not sure you want to share that with the kid yet.”

I googled it and sure enough, Hansel and Gretel is a crowd-pleasing 19th century German tale referring to the hardships of medieval times when 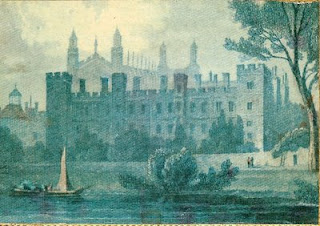 infanticide was common practice during famines. Not sure my five-year-old could stomach that idea, so I moved on to Snow White. Bingo!

Snow White is loosely based on the real (sad) story of Contessa Margarethe van Waldeck.

Born in 1533, Margarethe was a beautiful young woman with fair hair. She grew up in the mining town of Bad Windungen, a town where miners were children commonly called dwarves because of the difformities caused by their back-breaking life. At age 16, Margarethe was sent to the imperial court of Brabant where Prince Philip (the later King Philip II of Spain) fell head over heels for her.

Bad news, the marriage would have caused political turmoil. Like Snow White, Margarethe had a problematic relationship wityh her stepmother who hated her. Margarethe died poisoned at the age of 21.

What about the apple then? Well, it turns out there was a man in Windungen who poisoned children through apples to keep them from stealing them off his trees.

Fast forward a few centuries, mix the two stories and you have a fair young woman dying in the hands of a wicked stepmother with a poisoned apple.

I have long wondered whether the death-like sleep of Snow White (or the Sleeping Beauty for that matter) could be connected to that medieval disease when seemingly dead people were buried alive and later woke up in their coffins, scorching their fingernails trying to escape. However at this point, that’s pure speculation.

On with another tale, Cinderella. The earliest version of the theme may be found in the real life of a 6th century BCE Thracian slave turned courtesan called Rhodopis. As explained on Wikipedia, “It is said that as Rhodopis was one day bathing at Naucratis, an eagle took up one of her sandals, flew away with it, and dropt it in the lap of the Egyptian king, as he was administering justice at Memphis. Struck by the strange occurrence and the beauty of the sandal, he did not rest till he had found out the fair owner of the beautiful sandal, and as soon as he had discovered her made her his queen.”

That’s an exotic substitute for Disney’s glass slipper that totally satisfies my quest for historical anecdotes. But Cinderella transcends cultures as different versions can be found in China, Korea, Japan and in the West, France, Italy, Germany and more.

“What about Aladdin then?” asked my five-year-old. The controversy over where the Thousand and One Nights originate is a scholar-stuff brain-twisting discussion but it looks like sadly, Aladdin was not inspired by a real person.

A much less debatable loved thief would be Robin Hood. The Search for the Real Robin Hood is a website entirely dedicated to linking the folkoric icon with existing outlaws having lived in Yorkshire and practiced their art in the Sherwood Forest.

The good news is, there are several Robin Hood candidates to pick from: Robert Hod, Robin of Loxley, the Earl of Huntington, plus other minor thieves. The bad news is: we don’t know for sure.

But as my mother says, “Children need pixie dust to dream.” So forget the historical anecdotes. They’re fun but fairy tales are better bedtime material than “taking the dog out on a rainy day”. If we told fairy tales as living history, our children would go to sleep out of boredom. Add a little glitter.

Plus, as Bruno Bettelheim wrote in his book The Psychoanalysis of Fairy Tales, “Fairy tales are psychologically way more convincing than “realistic” tales for children. By guaranteeing the child that he can earn the [fairy] kingdom, fairy tales also teach the child additional values:

to find your kingdom, you’ll have to leave your home;

your kingdom is not readily accessible;

you will have to take risks and fight obstacles;

you cannot do it alone and need outside help;

to get outside help, you will need to wield in to their requirements.”

Fairy tales are about imagination. What better place to escape the world than your imagination?