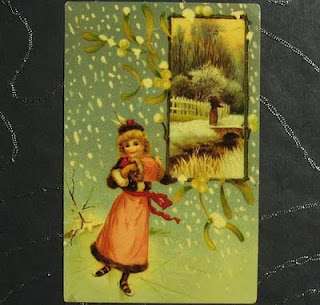 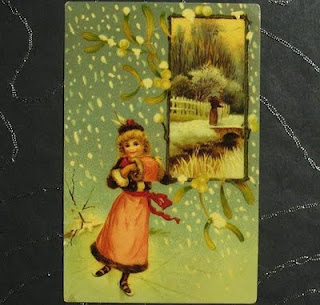 ays and cheer like a Victorian postcard. To me, Victorians incarnate the essence of the holidays as we know them: snow, skaters, carolers, evergreens, plum puddings and a red plump Santa. Before the Victorians, religion and nature took over decorum and the year’s end holidays were celebrated – with as much good cheer and reveling – through a seasonal and nature magnifying glass. The winter solstice was sometimes as important as Christmas, and certainly more than the new year.

Yes, there’s a lot to love about them all and fortunately, Northern California offers a cornucopia of holiday events in period costumes, covering from the Renaissance through the early 1900s. You want an early 19th century Bavarian feast with songs and dance? You got it. A Victorian tree with family ornaments in an 1886 Queen Anne house? You got it. A Renaissance black-tie banquet with singers from the San Francisco Opera 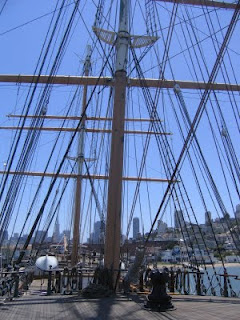 ? Done. That’s why I like the holidays so much. They inspire great events that mix history and other cultures with a healthy dose of music and theatricals, leaving aside the commercial shiny plastic eyesores of the season. Here is my short list, in reverse chronological order, taking you from the Belle Epoque to the dark ages…

1901: Christmas at Sea
For one day on Saturday December 12, San Francisco’s Hyde Street Pier historic ships celebrate a 1901 Christmas. Last year we went and loved listening to the Dogwatch Nautical band aboard the Eureka ferryboat. The kids made early 1900s crafts, then everybody ran out because Santa was arriving by boat. Ah, the joyous chaos of children hanging to the handrail to catch a glimpse of the red man. After Santa came inside, the children neatly lined up to tell him their wishes and receive a candy cane. It was great. The part I haven’t seen yet but that I’m looking forward to see this year, starts at 6pm. At 6pm, costumed ship crew, passengers and San Franciscans come out of the dark and tell yo 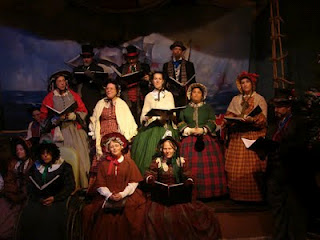 u stories of a bygone era on the three ships, all during a lamplit tour. Dress warmly, the night is cold!

1880s: The Great Dickens Fair
If you have never been to the Great Dickens Fair at San Francisco’s Cow Palace, it is the place to elbow Tiny Tim and Scrooge and the Ghost of Christmas Past in a microcosm of recreated London’s Victorian streets. It starts the Friday after Thanksgiving and goes on every weekend until Christmas. With 600 costumed performers, men, women and children, the Dickens Fair is like no other event. It truly transports you to this faraway chestnut-scented London, with its street jugglers, man-powered carousel, and lively dances. We never miss Gilbert and Sullivan’s The Pirates of Penzance a 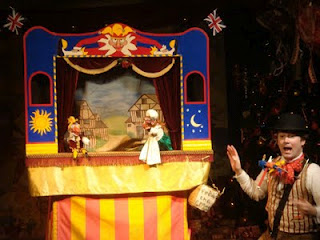 1886: Haas Lilienthal House Museum
There is a Victorian house museum in San Francisco. Only one. It was built in 1886, housed 3 generations of the same family, and is now open to the public in Pacific Heights. On Sunday December 6, the holiday open house will include the 13-foot high Christmas tree with the Haas family ornaments in the front parlor, the train set in the basement (running with holiday lights for the occasion) and holiday decor throughout.

lumbia is my absolute favorite Gold Rush town. Columbia State Historic Park is a town in the Sierra foothills that has been entirely frozen in time as a park – with period storefronts, book shops, hotels, dirt roads, small alleyways and saloons. On Friday December 4th and Saturday December 5th, costumed volunteers will take you through a magical evening through the city by lamp light. If you enjoy a change of scenery, go for it. Columbia faces drastic budget cuts each year and this event doubles as a fundraiser. 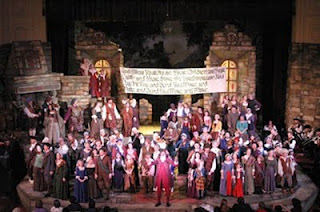 t year’s Christmas show by the California Revels included an English manor as a stage for a winter solstice celebration; a story called “The King & The Fool” told at bedtime by a father to his children; knights and dragons; and old Wessex carols. Our children laughed and hid behind their hands. It was great. This year, the setting is Germanic and will take you on a little journey to early nineteenth-century Bavaria and the surrounding regions at Yuletide to explore the roots of modern Christmas with song, laughter and children. Co 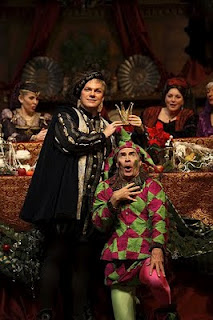 me on, it isn’t far! It’s in Oakland across from the Oakland Museum. Spend the day at Children’s Fairyland, dine at the Lake Chalet across from the Scottish Rite Center and see the California Revels at night fall.

1700s: The Bracebrice Dinner
A Yosemite tradition since 1927, the Bracebridge Dinner transforms the cathedral-style dining room at the historic Ahwanee Hotel into a Renaissance English manoir where a yuletide story is about to unfold. If you go, don’t miss the caroling by the piano in the huge lounges with walk-in fireplaces. Yes, walk-in. Kids can grab a hot chocolate at the bar and adults can roam around with drinks, all while singing in unison. Truly a great experience, if you can afford it. I guess the San Francisco Opera singers, the outstanding decor, the remote location and the starred menu explain the price tag.

Beyond 1700s, you won’t find anything in Northern California. At least I don’t know of a medieval Christmas, a Miwok winter celebration or a Roman solstice feast. But if you know other fun events, feel free to share in the comments.