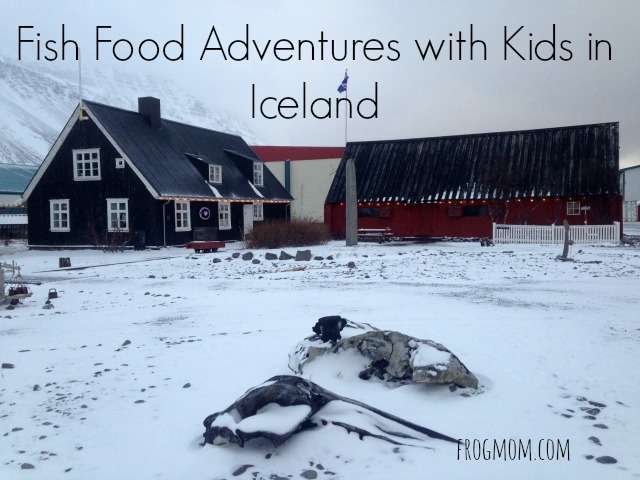 We didn’t know that we were getting into fish food adventures in Iceland until after we’d landed. To be fair, food is not exactly the first thing that comes to mind when planning a trip to Iceland or rather, you should be worried as Iceland’s most famous dish is fermented shark. Iceland is, after all, an island. Islands are surrounded by sea and therefore fish. How bad could it be? We decided to be open-minded. 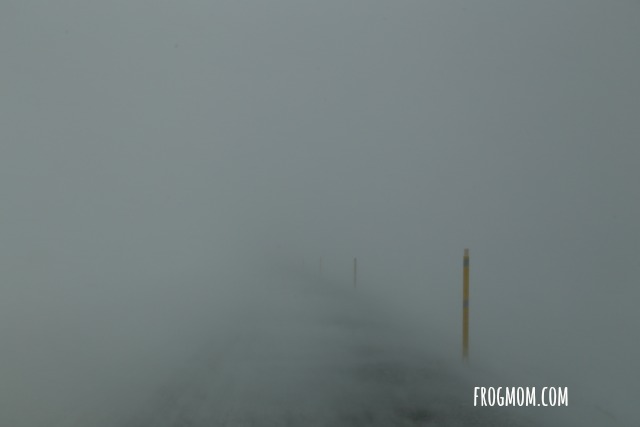 After landing in Keflavik (the airport for Reykjavik, capital city of Iceland), we drove six hours to reach the northwest peninsula called WestFjords. The WestFjords is where the outdoor apparel brand 66 North originated in 1926, making protective clothing for Icelandic fishermen braving the harsh weather of the North Atlantic sea. Here, fishing remains the main industry and extreme weather can still be a matter of life or death. Driving on mountains passes between fjords in whiteout conditions (see the picture above – where is the road?), we quickly learned to use road.is, a genius live road condition website telling us how bad or good the road ahead was. 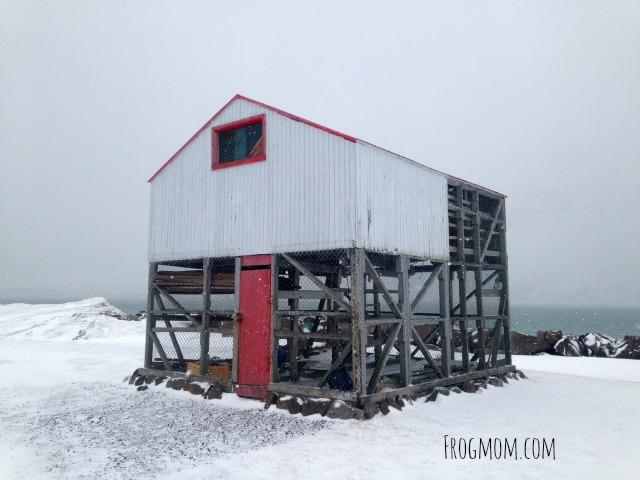 As the snow blizzard relented by the sea, we spotted dozens of fish-drying huts, harbingers of savory snacks to come. Inside of hundreds of strips of fish filets with skin attached, hanging from wooden beams like paper garlands. 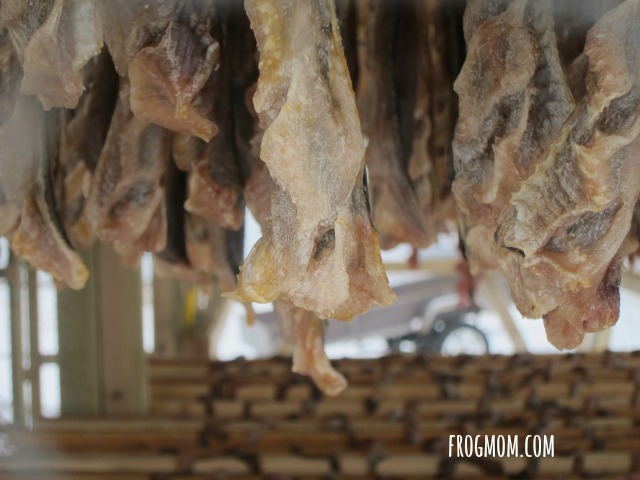 You have to see people snack on them like candy to realize they’re food. It was a very unusual sight coming from a culture where fish is eaten fresh or smoked. Finally, we reached Ísafjörður. The largest town of the WestFjords blends 19th century colourful houses covered with sheets of corrugated tin with concrete bars of modern apartments. During the Easter weekend, it hosts a famous (and free) rock festival, which was the reason for our trip. Fortunately, the concert warehouse in the harbour was steps away from the most famous fish restaurant in the WestFjords, if not Iceland—Tjöruhúsið. 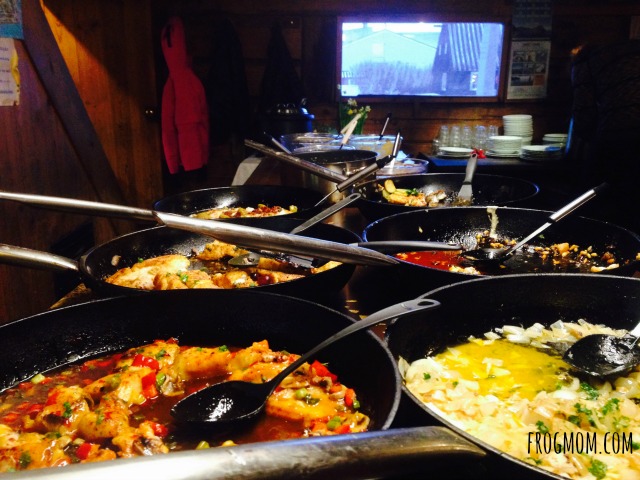 Housed in a charming 1781 fishing house with exposed wooden beams, the restaurant offered no menu. As we shook the snow off our shoes, the hostess greeted us with a smile and led us to a communal table. She then explained that they cook a daily-changing fish buffet with a fish soup starter. We got in line like the other patrons and couldn’t believe the variety. Cod cheeks in brown butter with raisins, potted trout with dark rye bread, monkfish in curry, poached smoked haddock—it was crazy good and we kept coming back, our stomachs slowly but surely expanding. Even my girls, who are not usually fish fans, found two or three fish dishes (out of a dozen) that they enjoyed repeatedly. It was so amazing, we came back the following night! 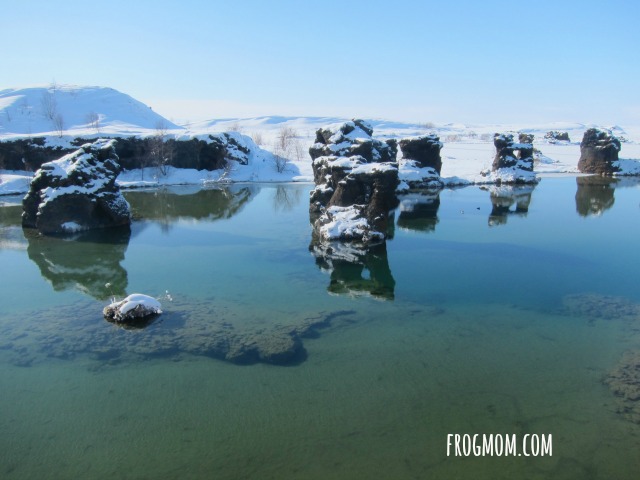 A few days later, we hit the road for Akureyri, capital of the north, and its geothermal star neighbor, Lake Mývatn. While other lakes were entirely frozen over to the extent that we couldn’t tell where the water started, Lake Mývatn showed lagoons of clear turquoise waters with nonchalant ducks floating around. The entire lake benefits from constant volcanic activity and soon we were exploring geothermal caves, steam vents and boiling mud pots. This is how we tasted a rare fish by-product of geothermal activity—smoked trout (or Arctic char) on geyser bread. 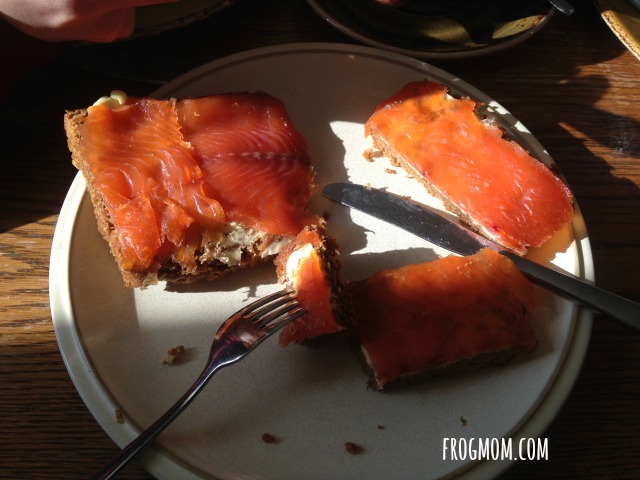 Per ancestral traditions, this dark bread is slow-baked underground in holes heated by geothermal activity. The resulting bread tastes like dark caramel and slathered with salted butter and topped with smoked trout, makes the most delicious light lunch. We enjoyed it both at The Cowshed—a restaurant inside a barn where you dine while watching cows being milked, which was a big hit with my girls—and at Gamli Bistro, a café that also serves killer waffles. Enthused by this new taste combination, I couldn’t resist buying two loaves of geyser bread and packages of smoked trout at the supermarket in Reykjahlið for home. 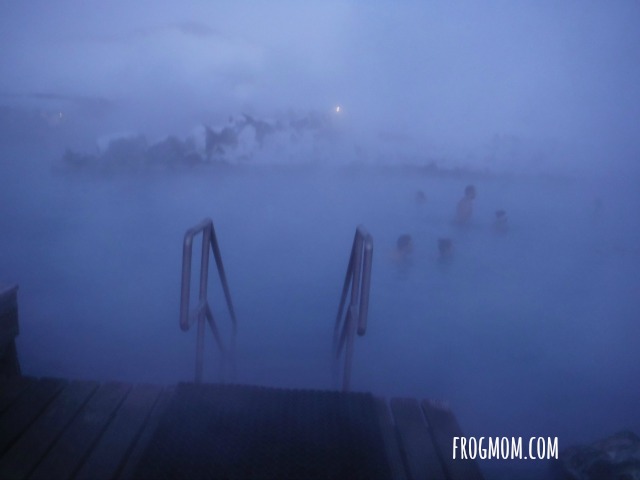 Last but not least, no visit to Lake Mývatn would be complete without a soak at the Mývatn Nature Baths. We changed into our swimsuits and jumped in the water, watching the outside digital thermometer show air temperatures drop below -10C (14F) in blinking lights, while we relaxed in steaming geothermal bliss.

The following day, we crossed miles of blinding white snow plateaus to reach the opposite end of the country, the EastFjords. Like its western counterpart, the EastFjords is way off the beaten track and features spectacular fjords, mountains and local culture. 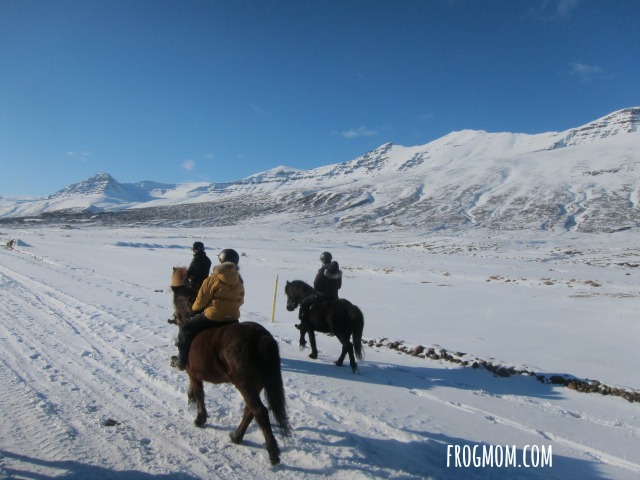 Before settling in Nekpaustadur, a city of herring fame, we spent a day at Skorrahestar, a horse farm where we rode Icelandic horses and where my girls happily joined farm chores. Granted, three newborn lambs needed feeding and this didn’t feel like a chore at all. That night, we dined at a local hotel where the fish of the day (there’s always one) was salt cod and potatoes. When the fish of the day is salt cod, you know that the chef was busy elsewhere. As salt cod is yummy anyway, I ordered it and was very thirsty as a result.

Now, Nekpaustadur has an interesting history. Most people know about the Gold Rush in California and Alaska. Nekpaustadur had a Herring Rush. In the mid-20th century, the village saw fishermen from all over Europe converge to fish thousands of tons of the “silver of the sea.” At the Maritime Museum in Nekpaustadur, we saw old photographs showing women and girls slicing herrings with sharp knives and lining them in salt barrels. Quite the sight! The village prospered but overfishing had the best of the herring. Today, the main industry is aluminium transformation but we were able to get a taste of local fish (and yes, fermented shark) at an old fishing house. 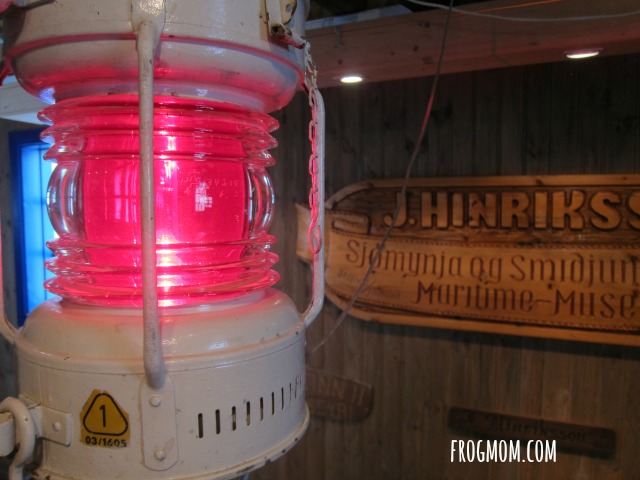 Eskifjordur’s Randulf’s Sea House is a must for anybody visiting the EastFjords. While the bottom level of this dark timber house looks like a quaint restaurant with wooden tables and black and white photographs, the real treasure is upstairs. My girls were allowed to climb the crude stairs first, in order to discover the time capsule on the upper floor by themselves. The house belonged to two Norwegian brothers who kept to themselves and worked, with other Norwegians, as fishermen. One day, they locked the house with their belongings inside and never returned. For the next 75 years, the house remained vacant until one day, the brothers died and the local historical society turned the house into a restaurant-museum. 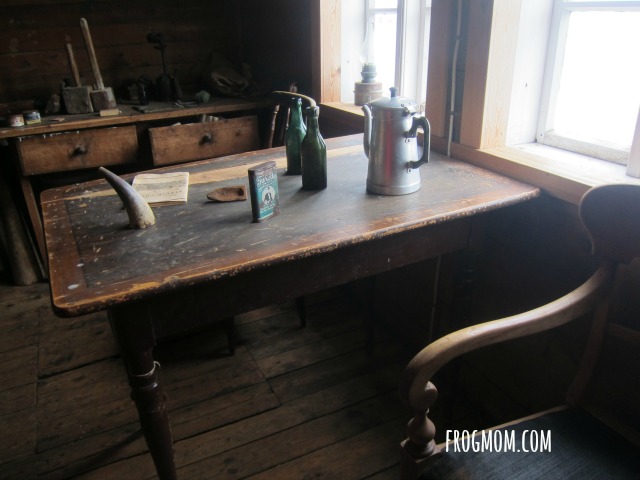 Walking around the narrow bunk beds upstairs and spotting a weathered saucy postcard in black and white, tucked neatly by a bed post, was very eerie. My girls couldn’t believe that the fishermen left coats and boots by their beds or coffee cans (still full) on kitchen shelves. Downstairs, we were delighted to hear the story of the house by poet politician storyteller Stefan Bogi Sveinsson and became somewhat worried when two small plates arrived on our table with shot glasses and gin. Fermented shark and dried fish, we meet at last! 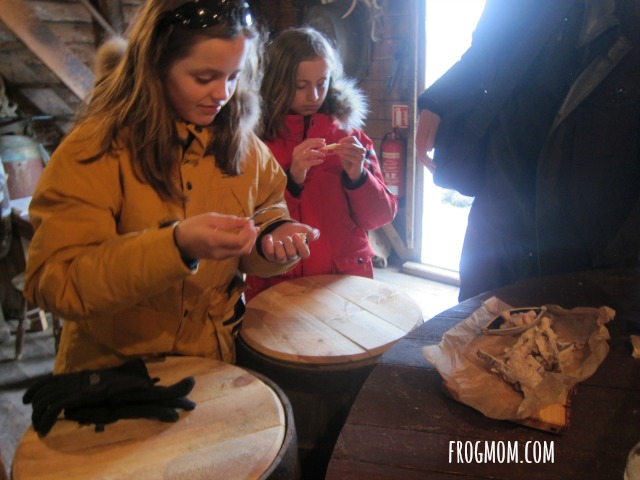 The dried fish was absolutely delicious, crispy, slightly salty and light, and my girls really liked it. The fermented shark, on the other hand, was “special” for lack of a better word. It wasn’t revolting but it was chewy and left a bitter/sour aftertaste. My 10-year-old prudently refrained, while my adventurous 12-year-old dove right in with a toothpick and declared that it “wasn’t bad.” So there. Fermented shark, check. 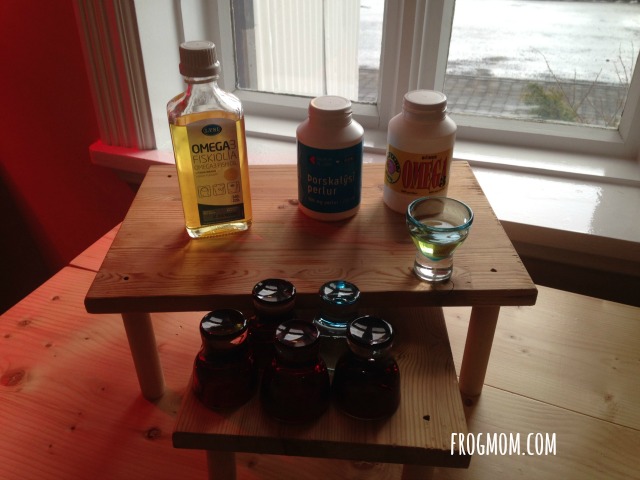 The following morning at breakfast in Egilstadir, I decided to indulge in a last Icelandic fish delicacy—a shot of cod liver oil.

The EastFjords concluded our trip around Iceland and I can safely say that we ate some of the most delicious and inventive fish dishes I’ve ever had. It was very intriguing to discover how many ways fish could be enjoyed and certainly made for interesting discoveries.

7 thoughts on “Fish Food Adventures with Kids in Iceland”