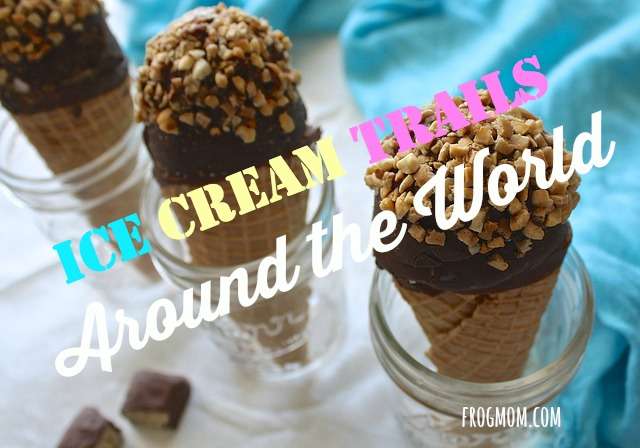 > Best Ice Creams Around the World

Best Ice Creams Around the World

Here’s a road trip idea that the whole family will love–ice cream! Following creameries, gelaterias and dairy festivals, the best ice creams around the world are the perfect occasion to enjoy a taste of heaven on a cone while exploring a new place. They are also a way to connect families with farmers, ice cream chefs and local flavors. 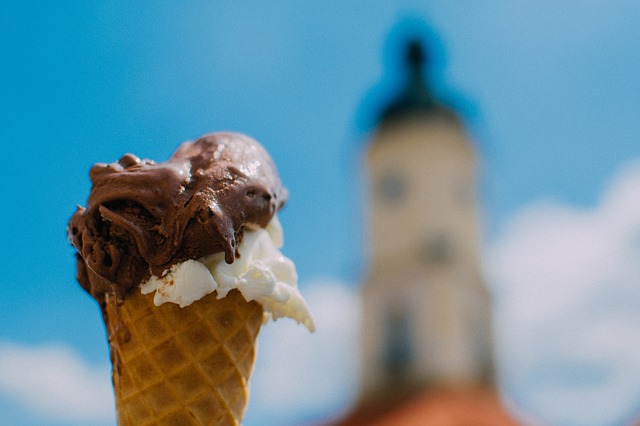 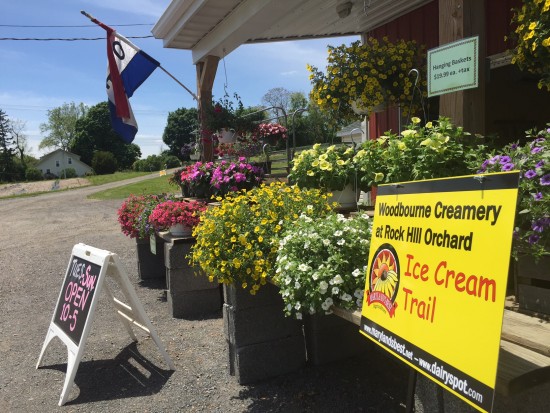 The first written record of ice cream in America dates from 1744 when Maryland Governor Thomas Bladen served the first ice cream for dinner to his guests. A guest reported having had “among the Rarities of which it was compos’d, some fine Ice Cream which, with the Strawberries and Milk, eat most deliciously.”

It’s only fitting to start this list with the United States and  Maryland’s Ice Cream Trailblazer, which comes with its passport to stamp at each of the nine dairy farms offering ice cream. New Hampshire’s Dairy Trail includes 47 creameries across the state, serving every cool treat you can think of, from the traditional root beer float to salted caramel crunch and even doggy ice cream (yes). On the coast and inland, the Connecticut Sundae Drives brochure cleverly mentions local things to do next to creameries and ice cream shops. Now, you can have Sticky Fractured Finger ice cream and visit historic down Mystic and bascule bridge on the same day. For a green take on ice cream and the launch of an all-natural toothpaste, Tom’s of Maine has partnered with ice cream shops nationwide to create the Sustainable Ice Cream Trail. No artificial ingredients, sustainable operations and local ingredients mean that you can have a scoop that’s gentle on the planet too.

In Canada, the Huron-Kinloss Ice Cream Trail is both an ice cream trail and a photo scavenger hunt for the whole family. The 9-stop trail will take you to the beach (grab your swim suit!), old-fashioned general stores and trails. Way to go, Ontario!

In Mexico, paletas are the ultimate frozen treat, popsicles made with fresh fruit juice, with or without fruit chunks. They can be made de agua (made with fruit juice) or de leche (with milk). Typical flavors include watermelon, lime, mamey, guanábana, mango, coconut, rice pudding, pineapple with chili powder, cucumber with chili powder, pecan, pistachio or tamarind. An old Mexican legend says that the Aztec emperors had servants who would bring ice from the Popocatépetl volcano, outside Mexico City, and eat it mixed with fruits. La Michoacana is a popular brand with 30,000 paleta shops nationwide and you’ll find them easily wherever you travel. Beyond paletas and in Mexico City, try artisan ice creams at Glace Helado, traditional ice cream at Neveria Roxy or Cuban-style ice cream at Heladeria Palmeiro (Mercado de Medellin).

In Argentina, ice cream is serious business too and quite essential to beat the heat. In Buenos Aires, gourmets line up at Cadore for the dulce de leche, at Rapa Nui for the trrific chocolate and dulce de leche selection and at Saverio for the lemon.

An unlikely contender for ice cream, the UK leads the way with the land of bagpipes and tartan. The Scotland Ice Cream Trail is the perfect excuse to scenic drives to fetch your Caledonian Cream or Raspberry Cranachan scoops, as the trail features more than 100 stops from the Borders to the Isle of Skye by way of the big cities. 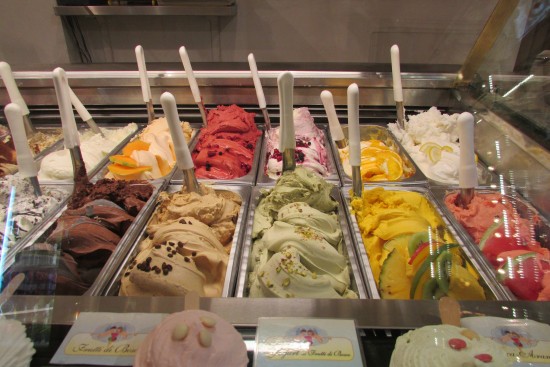 Gelato in Assisi. Photo by Chris Light for Wikimedia Commons.

Italy is, of course, the country of gelato, the silky smooth ice cream made with milk instead of cream and intense flavors. Since gelato is practically a religion in Italy, it’s impossible to list them all but Florence is the best place to start as it’s the birth place of gelato. In Florence, kids will love Gelateria Santa Trinità, Gelateria della Passera (grab a cone and sit on the benches in the piazza), Mordilatte (artisan gelato, fresh and locally-sourced ingredients) and Gelateria La Carria (check out the baby cones). Each year, the Gelato Festival rewards the best gelato in European towns and in Italy, it stops in Florence, Parma, Rome, Turin, Naples and Turin. Granted, there are only two stops outside of Italy but hey, what did you expect?

Neighboring Switzerland is famous for its picture-perfect cows grazing in verdoyant pastures. Surprisingly, it’s very close to the truth and the art of Swiss ice cream is epitomized by the famous brand Mövenpick that you can find anywhere. Since dairy is a strong point anywhere in Switzerland, you can also find great local ice creams, including at family-owned mountain restaurants with views on famous summits.

Not to be outdone, Portugal features solid ice cream favorites with Gelato Davvero (gianduia and avocado, anyone?) and Gelados Santini in Lisbon (try the Lemon + Raspberry flavor).

Down under, ice creams are a fantastic way to cool down. The Cow and the Moon in Sydney won the Gelato World Tour in 2014 and serves delightful gelato with unusual flavors such as strawberry and balsamic, mandorla or vanilla bean and toasted coconut. Other Australian ice cream favorites include Jock’s Ice Cream and Sorbet in Melbourne, Gelocchio in Cairns, and Gelato Messina (several locations, great sense of humor!).

In New Zealand, Giapo Ice Cream and Research Kitchen creates “Haute Ice Cream” in Auckland and loves to experiment with tastes and textures. Expect to be inspired! Another Kiwi must-try is Kohu Road in New Lynn, an artisan ice cream maker that uses only pure and natural ingredients. Their Instagram account is an ode to daily ice cream crafting.

You’re in for a surprise in Asia as you will find many unusual flavors beyond chocolate, strawberry and vanilla. In Hong Kong, ultramodern Lab Made makes liquid nitrogen ice cream. U pick a flavor and it’s made from scratch in 2 minutes. Their menu changes regularly but you can expect to be surprised with tofu skin or mango coconut sticky rice flavors. Other local flavors on the street include black sesame or red beans.

For more ice cream craziness, you will have to head to Japan! At Ice Monster, the craze is Taiwanese-style shaved ice in bowls and you can have your pick from tapioca milk tea, apricot kernel or melon (seasonal). Lotte’s Yukimi Daifuku is hailed as the most delicious ice cream product in Japan. A frozen mochi (squishy rice cake) with ice cream filling, it comes in vanilla, caramel and for the adventurous, azuki bean or green tea. 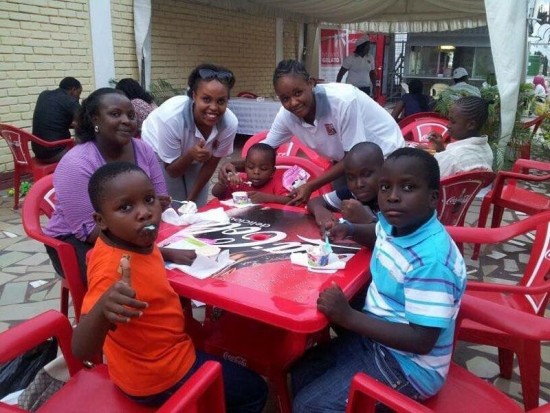 For one of the hottest continents on Earth, you would expect Africa to be leading the pack of frozen treats! Beyond Nestle brands, you can find ice creams gems such as Tanzania’s organic ice cream company Nelwa’s Gelato that uses fresh ingredients available in Tanzania. When in Dar es Salaam, try avocado, baobab sorbet or pineapple sorbet!

South Africa is also a great place for ice cream and in Cape Town, The Creamery uses sustainably produced ingredients sourced from local farms. Coffee fans will be excited to taste the Rosetta Roastery Coffee flavor and kids might be intrigued by Popcorn or Peanut Butter Cup flavors.

Scientists need to eat too, right? And if any place on earth can keep ice cream frozen without energy, Antarctica would be it. McMurdo station reportedly has an Australian soft-serve machine named Frosty Boy that uses a powdered mix to make ice cream. The day that it broke down nearly caused a riot. For other research stations, you have to be lucky with the chef or try to hit a gig at Concordia Station, mentioned in the Lonely Planet Antarctica Travel Guide as offering the continent’s best cuisine.

One thought on “Best Ice Creams Around the World”