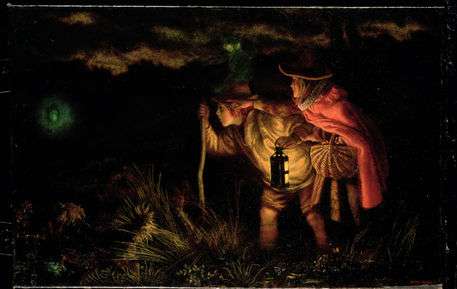 Who was the original Jack O’ Lantern and what does he have in common with peat bogs and Irish lore? Halloween, as you may know, has its origins in the ancient Celtic festival of Samhain. The festival is still vibrant in Scotland and it is also celebrated in Ireland. In Scotland, I learned that traditional Jack O’ Lanterns were carved turnips, but I still had no clue where the name came from. On our recent trip to Ireland and deep in the peat bog landscapes of Glenveagh National Park, I finally learned about the connection between peat bogs and Jack’o Lantern. It’s as fascinating as this painting by Arthur Hughes (from The Preraphaelite Sisterhood blog), a painting even more eerie when you know that it was painted by the light of a lantern so that the artist could achieve the right lighting.

Peat bogs are a type of wetland where the water on the ground surface is acidic and low in nutrients. They are filled with decaying organic matter, usually feature rich biodiversity and from a distance, they look rather homogeneous. See the part of this photograph at the bottom near the road, it looks like a nice soft prairie. 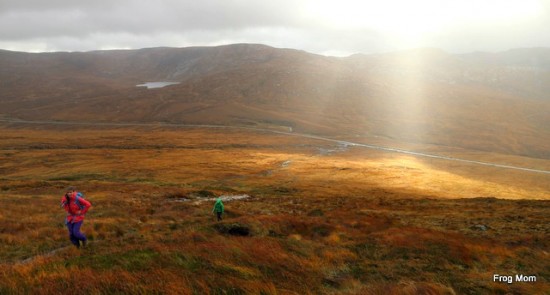 However closer up, you discover that peat bogs are actually not that uniform in surface, depth or texture. In fact, they’re quite treacherous as you can never tell how deep or spongy your next step is going to be. 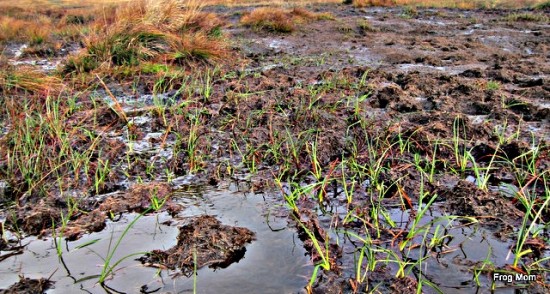 Hiking through them can be hell–literally–as you can sink in bogs quite quickly. Think of bogs as mud quicksands. During our hike to the top of Mount Errigal in Glenvaegh National Park, my 11-year old quickly mastered the art of finding firm ground by scanning the surface and vegetation but on one occasion, she miscalculated the wetness of the terrain and lost a rain boot to the bog. Sucked up! Unfortunately, we couldn’t get close to help as we were much heavier and might have sunk much deeper, being more pain than help. She had the hardest time keeping her balance on one foot while bending over to retrieve the other boot but she did it and escaped to safe ground by running as fast as she could to seemingly drier spots. As you can see, it’s a toss up between a game of chance and a fast run. 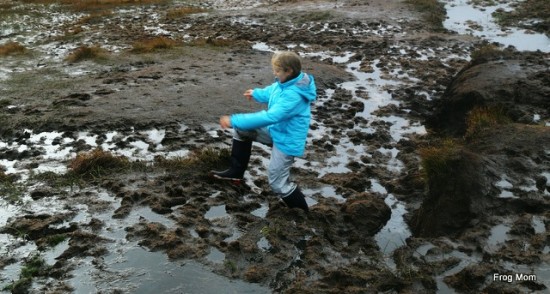 Walking through bogs was a real danger for ancient travelers as they could end up sucked up and their bodies would only resurface hundreds of years later–if ever–when found by peat cutters. Now, bear with me as this is where Jack’O Lantern comes up. Peat is a source of fuel and people still cut it by hand in Ireland to burn in stoves at home. We found this pile of freshly cut peat on the side of the road. 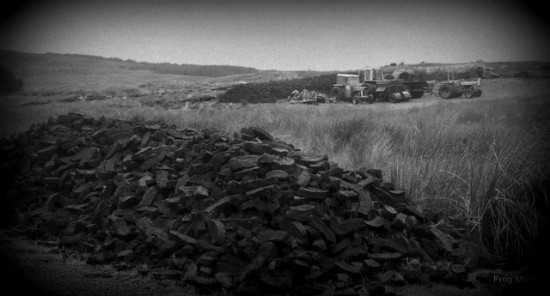 It looks a bit like long blocks of charcoal, doesn’t it? When it burns, it looks almost like charcoal too and smells of damp grass and dirt. It’s quite lovely. 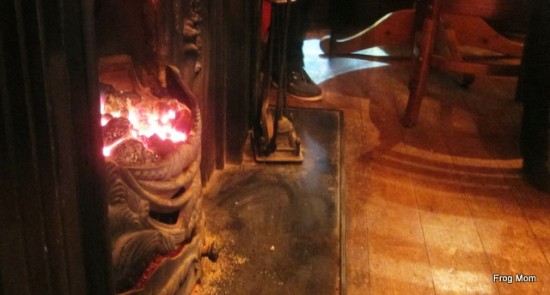 When peat forms in bogs, the disintegration of organic matter sometimes releases gases that ignite when in contact with oxygen. This matters at night when the ignited gases form a faint blue light over a peat bog, poetically called Will-o’-the-Wisp. Ancient travelers sometimes thought that these lights came from houses, entered unsafe areas of the bogs and disappeared in bogholes. Because of the dangers associated with Will-o’-the-Wisp, the blue lights came to be associated with evil spirits or the devil. And who better to associate with that image than a jack (old name for guy) carrying a lantern on a night when spirits roam free? Halloween! 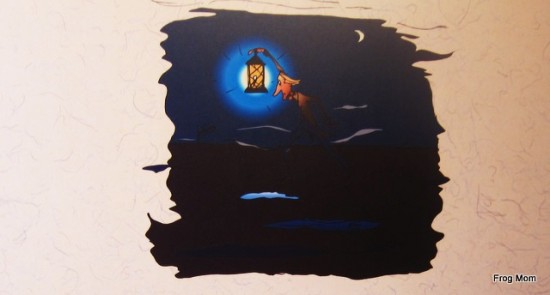 At the visitor center of Glenveagh National Park, an exhibition on bogs thickened the mystery with this bit. “At night time, bogs can be eerie places. Sometimes lights are seen glowing far out on the bog. There are a number of legends on such sightings. One recalls a shoemaker – Jack  O’ Lantern – who, having murdered a child, was condemned to walk the bogs at night carrying a light. The presence of such a light can lead a man to stray from a safe path and fall into a boghole. To prevent such a thing, it is advisable to turn one’s coat inside out immediately on sighting the Will o’ the Wisp.”

How Jack O’ Lantern turned into a pumpkin, that comes from Irish immigrants having brought their All Hallows Eve traditions to the USA where pumpkins were more readily available than turnips. However at the lights festival we attended in the Connemara National Park, a carved pumpkin was spotted terrifying an apple, next to a carved giant turnip (which unfortunately, escaped my camera as it was quite dark). 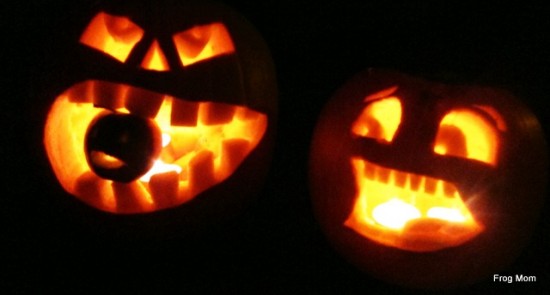 Undeniably, Jack O’ Lanterns are the result of popular superstition and natural sciences but that’s now long forgotten. All that remains is an orange light to ward off evil spirits in front of your home or to invite trick-or-treaters to come in for candy. Who knew pumpkins had so much to say?