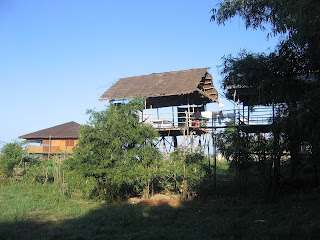 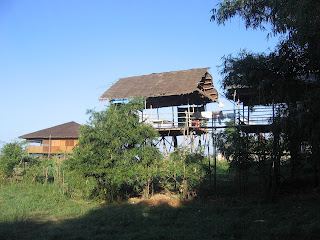 A few miles outside Phnom Penh, the dirt and tar promenade gives way to rural villages living in harmony with the Mekhong river. Houses are built on stilts or high up on the river banks. When the rainy season comes, the river grows and grows until fields are flooded and roads covered. I went on a boat ride in the nearby countryside three years ago. I could see fence posts coming out of the water and people living on boats. Under us were fields of rice and greens waiting for the waters to recede.

However more recently, the Mekhong river has been facing a major crisis and I wanted to find out more. A combination of the river altering its course and dams built upstream are redefining the landscape. Houses that were formerly by the riverside are now eight feet above solid ground all year long, looking at the river a half mile away. Low snow levels in the Himalayas and more concerning, a string of recent dams (built in China mainly, but also in Laos and Vietnam) upstream are blamed for a dramatic change in the lower Mekhong river region’s ecosyst 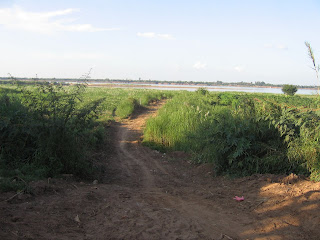 ems and habitats. Since countries down the river don’t seem to be consulted before major dams block their access to water, it doesn’t look like this problem will be reversed anytime soon.

My mother’s house used to have a lovely view on the river. Now she has a lovely view on green thickets full of snakes and boats passing far away look a lot smaller than before. The Mekhong river used to a long stretch of silver brown waters to the other side. Now the river is cut in half by rising sand islands that get bigger and drier every year.

I went for a walk down to the riverside with a friend to check it out. Locals make a good business out of selling sand recovered from the bottom of the river so right next to my mother’s house, they built a dirt road for easier access. At least, we didn’t have to worry about our ankles and snakes on the way down. When we reached the sandy shore, there was a car parked on the beach and men loading up a drill and boxes on a makeshift raft. My friend 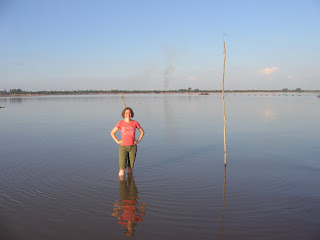 explained they were going to get sand.

Further up the stream, I could make out a party of young people playing in the water. How deep could it be? I walked in the river to get a feeling for it. The sand was fine and mixed with dirt that sent clouds of brown around my steps. Tiny fishes were swarming in the warm waters. The slope was super slow and to get to swimming depth, I would probably have needed to go far. I wasn’t looking to swim though. I was way too afraid to step on fishing hooks or dusty beer cans.

We looked at the isla 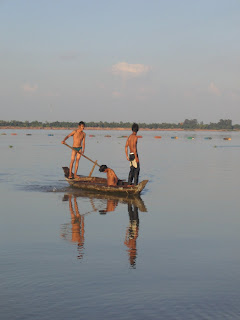 nd in the middle of the river. It used to be shoulder to shoulder fishermen’s boats, my friend explained. Now there was only one left. As we were standing there, a larger boat made its way past us. Because the river has become so shallow, it can’t get close to the edge anymore.

As we were leaving, the group of young people came close. Some rowed, some ran, a little one was carried by older members of the group. One of them went looking inside a hollolw tree trunk on the beach. He first removed a dirty old shirt, then a green mango. When the others saw the mango, they all started chasing him in the water. Fortunately there were other mangoes in the tree trunk. Life on the Mekhong.