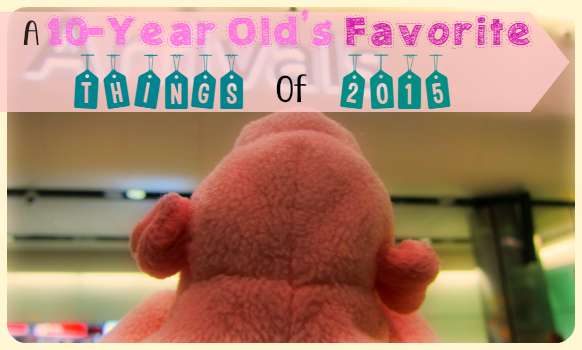 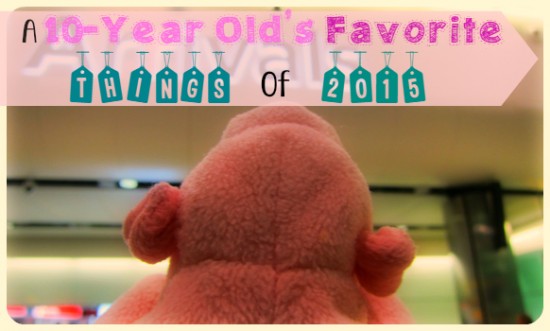 The end of the year is a good time to turn back and reflect, to learn from the past to forge the future. That’s why I asked my 10-year-old’s favourite things in 2015. At her age, friends and school start to take over family in terms of appeal. The challenge for me, as a mother, is to plan our family time so that we still spend quality time together in these important years. A lot of this time, we spend outdoors. It’s the best way to unplug. However, we also travel, take day trips, visit museums and the such. I wondered. As a 10-year-old, what would my favorite things be?

This is what she said.

In 2015, we have done many things with my parents. We have gone to different countries (Norway, Croatia, Italy) and even if it was a beautiful country, we always found some weird way to do some sports. For instance, we walked on a lot of bridges in Venice and we also went kayaking on the canals. In Croatia, we walked all around the walls of Dubrovnik and hiked in Plitvice national park to see many waterfalls. In Norway, we slept in a tent in the snow but, luckily, it was heated by a wood stove and three times in the night, a person came to add some wood. That was really nice but really, my favorite thing of the year was when we went to the Pyrenees for a whole week of walking with a bag. It was exhausting but really fun.

I especially liked when, at the end of the day, we reached the refuge after a long day of walking and we could just sit down, wait for dinnertime and sometimes, my sister would even massage my back. Picnic lunches were mostly disgusting but dinners were very good. When I finished my dinner, I went out with everybody else to see the sun set over the mountains and that was beautiful. In fac, it was really magnificent. Mainly, it wasn’t too cold but at night time, if I wanted to go out, I would have liked having gloves and a warm hat because it could be pretty cold.

Once, my dad found out that a woman took his shoes in the refuge and left her shoes instead. Her shoes were too small for him! Fortunately, she came back at the refuge during the day and the refuge owner asked her to take her shoes and put my dad’s shoes back on the shelves.

Refuges are great! I like meeting people in refuges. This year, we met two British girls who sat down with my sister and I one afternoon and we all played Monopoly. They even taught us some tactics and we won. Also, since I had a lot of money, at a moment when there was only one property left, we decided to say that the richest person would get it all and I let the price go as high as 1,000 and two good properties and so I gave in. It was a real deal.

There were a few children in the refuge this year, but there were also old people that were up to 80 years old. I know because we thought that my grand-father was the oldest but before dinner at the refuge, we saw a group of really old men outside and we went and asked them. Two of them were older than Bon Papa, one by five years!

It was really exhausting getting to the refuge because we had to walk a long way up and then a long way down from the parking lot. Not only that, but from the refuge, we walked some more! Luckily we stayed at the same refuge during three nights and I didn’t need to carry a bag during our day trips (yes!).

This was my favorite thing that we did in 2015.