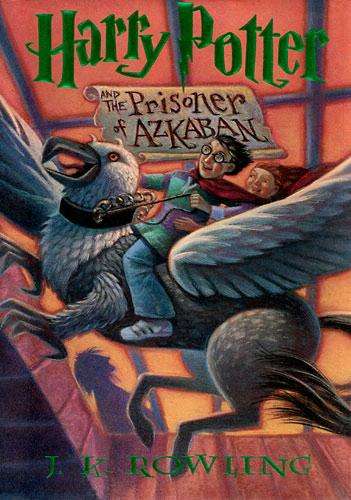 > My 9-Year Old Is Reading: Harry Potter and The Prisoner of Azkaban

My 9-Year Old Is Reading: Harry Potter and The Prisoner of Azkaban 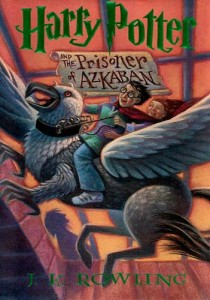 In the third novel of the Harry Potter series, the boy wizard investigates Sirius Black, a prisoner who escaped from the prison of Azkaban. Starting in the dreadful muggle house of the Dursleys, the story quickly takes readers to Hogwarts by way of Diagon Alley. At Hogwarts, Harry teams up with Ron and Hermione to fight off dementors, bad boys and evil spells.

This book’s definitely darker than the two first ones. “What’s a dementor?” asked my daughter over breakfast. She didn’t know how bad they were yet. Dementors and their infamous kiss feeding on people’s souls, are one of the truly scary creations of The Prisoner of Azkaban. Professor Trelawney’s prediction that Voldemort will rise again adds some deep dramatical pressure on Harry as the reader sees all the predictions come true. However dark forces need to be balanced with a little fuzz and the book tugs at our heartstrings too. Between Hermione’s secret and the execution of Buckbeak unfairly seen as a dangerous creature, there’s enough love and compassion to make readers care a lot about the story.

Dark forces and feelings aside, the elements that really shine in the book – and that make it such a fun read for children – are the simple joys of being a 13-year old wizard. From a marauder’s map with secret tunnels through Hogwarts to levitating sherbet balls at Honeydukes, the ever awesome Invisible Cloak or owl mail carriers, a wizard’s life’s pretty exciting for young readers who go to school in buses and cars that can’t fly.

Now I know Harry Potter is not exactly news but my daughter’s interest in the series was lukewarm at best until last week when she realized she was going to visit the Harry Potter studios. This worked wonders in her turning her book shelves upside down to find where she had left off a year ago – book 3. She started it one afternoon and seemed surprised that it was “so good” (her words). That evening she was one third through the book and three days later, she’s near the end.

Whether you’re a HP fan or not, the story’s good and moves along at breakneck speed. The names of potions and drinks are as much fun as the crazy Shrieking Shack or Whomping Willow. A fun read for would-be wizards, especially a month before Halloween.