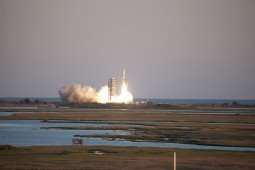 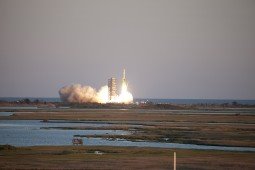 This particular nanosatellite is called PharmaSat and contains yeast. No, not to make space cakes. Its primary design is to study the efficiency of drugs in space, as in antifungal treatments for instance. Why? Well, if you’re going to spend the next year or so headed towards Mars with other dudes who’ve got athlete’s foot issues, you really want the toaster to nail the problem.

Obviously, there’s more to PharmaSat than mushrooms in space but it shows a face of the Silicon Valley that few people are familiar with: the future of sp 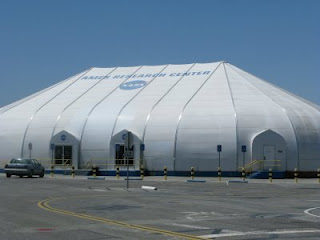 PharmaSat is one of several otherwordly projects that scientists work on at the AMES Research Center, a little city of its own with 5,000 people working on anything from music to the mechanics of roller-coasters applied to flight simulators. Built on 1,780 acres of land at the Moffett Federal Airfield, the AMES Research Center works on several high-profile missions that get the world’s attention whenever they take off.

Take the current LCROSS lunar mission that looks for water underneath the surface of our moon. Or the KEPLER mission that searches for other worlds like Earth in galaxies around us. Or the SOFIA mission, a flying astronom 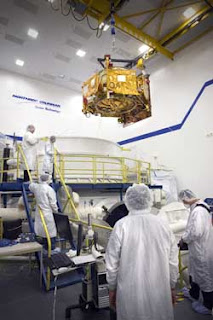 ical observatory in the stratosphere.

Does this read like a script for a sci-fi blockbuster? It should. What these guys are doing is out of this world – for real.

I visited the AMES Research Center to interview Dr. Kim Ennico, an astrophysicist who develops instruments to make measurements of astronomical objects. She recently worked on the LCROSS mission and as I entered the building for the meeting, she showed us a graph with the most recent position of the LCROSS spacecraft orbiting around the moon, looking no less excited than a toddler with a new firetruck.

If you thought of scientists as loopy people in white robes, it’s time to revisit the stereotype. Granted, these guys have a weakness for the color white when it comes to scientific wardrobe. Granted too, not everybody calls her recent pastry tryout X-PRP1 for eXperimental Plum Raspberry Pie-1. Martha may just call it a fruit pie a la spatiale (or a space pie!).

But someone like Dr. Ennico is above all seriously having fun and if it takes tons of math equations to get her enthusiasm, I’m game to try!

Dr. Ennico is a passionate individual with a very curious mind who makes you wonder why you di 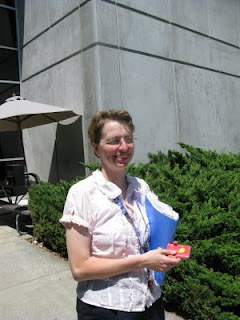 dn’t question the established order more when you were a kid. When growing up, she just wouldn’t take “because it’s the way it is” for an answer and retreated to books at the library to find satisfy her curiosity. Now, she gets to play with cool toys that go into space, a job she clearly loves.

“There’s nothing wrong with being curious,” she says, adding that the necessary corollary of frequent experimentation is accepting to learn from past mistakes. If you are never afraid to fail, obviously you will expose yourself more openly to new ideas and accept whatever results you get. I found this attitude very healthy. Children should be encouraged to learn and figure things out.

You’ll learn more about what makes kids love science in my next article for SFkids.org. Actually if you want to involve them in live science before, this weekend just might be your luck.

Got kids who enjoy robotics, rocket launches and weird science? Have neighbors who collect telescopes to watch the moon? Come celebr 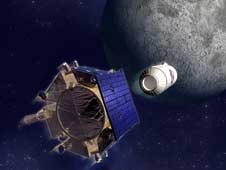 ate the 40th anniversary of Apollo 11’s 1969 lunar landing this Sunday July 19, 2009 at the AMES Center. The MoonFest is a free event that will include music, kids activities and yes, rocket launches (plus, robots thanks to the Carnegie Mellon University’s Robotics Institute).

Yes, it’s been 40 years since that giant leap for mankind. Time to sing Fly Me To The Moon and watch a commemoration in photos here on SFGate.