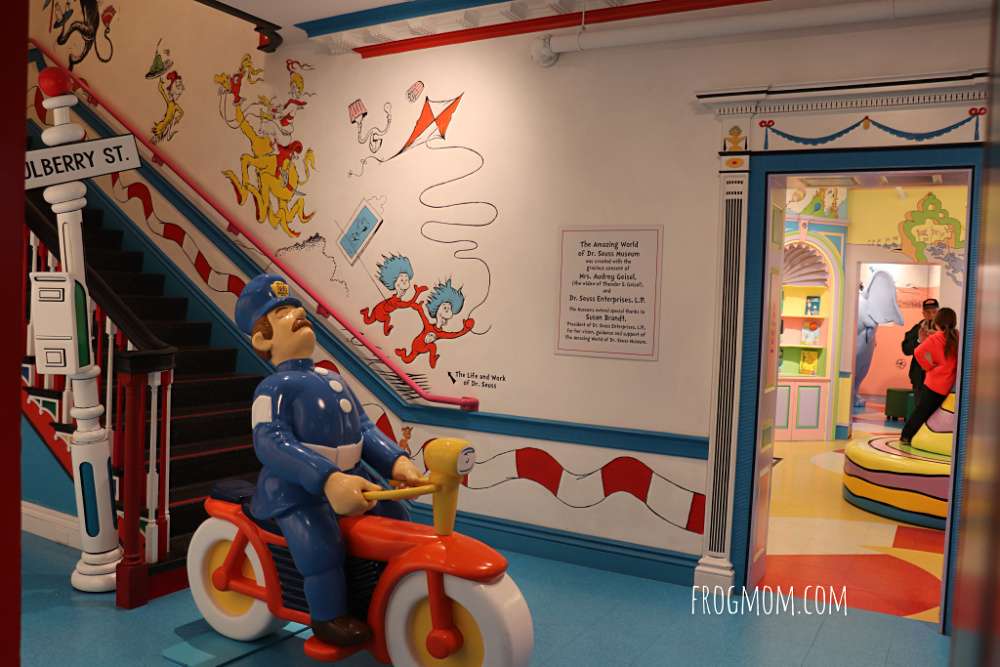 When you visit the native town of Dr. Seuss, you expect some zing, some dibble dibble dopp, something that won’t leave you frightfully ga-fluppted but make your bar-ba-loots shed their thneeds to reforest the world in truffula trees instead. In my family, we are huge fans of Dr Seuss, one of the most gifted children’s authors of all time, and when I learned that a Dr. Seuss museum recently opened in Springfield, MA, I promptly made it part of our New England travel itinerary. We left the chills of winter behind at the campground of Savoy Mountain State Forest and descended to the valley floor, braving rain and wind to reach the native town of Dr. Seuss: Springfield, Massachusetts. Excitement was palpable in the car. Imagine, meeting the town of one of your literary heroes!

Slightly overeager, we got to Springfield an hour and a half before the museum opened. Being on winter hours, opening time was 11am and at 9.30am, we parked the car behind the museum. What do we do now? It was a wet and miserable day but hey, starting with the Dr. Seuss sculpture garden sounded like a good idea. 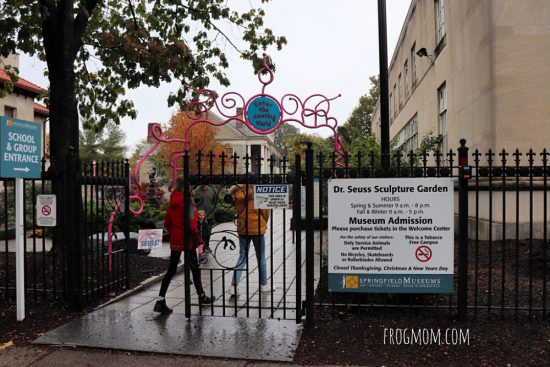 In through the gate we went. “It says school and group entrance,” my girls objected. “Never mind,” I said, “It’s the same garden for everyone.” As the garden was empty, we needn’t have worried about going in through the wrong gate. School children were probably at home, safe and dry, instead of wandering outside in the rain anyway. It was Sunday morning, remember? The sculpture garden itself was a public park peppered with sculptures of famous Dr. Seuss creations. Some, we recognized right away: Horton the elephant, the Lorax, the Cat in the Hat or the Grinch. Others, we needed a quick refresher: Gertrude McFuzz, Sally, Sam-I-Am or Thing 1 and Thing 2 (I know, inexcusable). 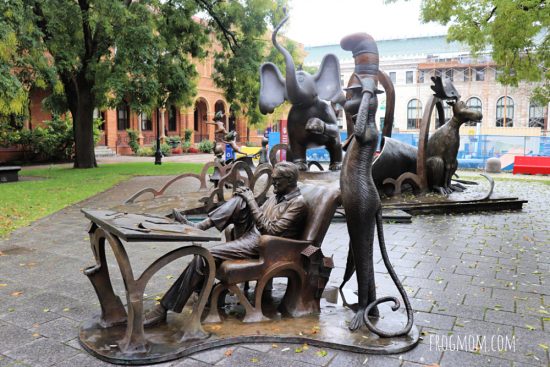 I was glad to see a sculpture of the actual Dr. Seuss in the bronze as I had no idea what he looked like. As we still had over an hour to kill before the museum opened and my girls were cold, I suggested we head downtown. It was only a few blocks away.

Every time I hear the word “downtown” in my head, I hear the Little Shop of Horror song “Skid Row“too. 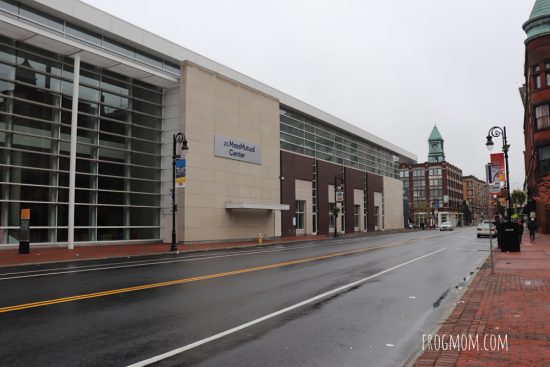 For lack of a better word, Springfield, MA, on a rainy Sunday morning was the pits. There was no store open, the only Starbucks was found we closed and there nobody but a few bums on the streets. Not a farmer’s market, not a grocery store, not even a mall. Where were the people of Springfield, the economic center of Western Massachusetts? Had I read Wikipedia before, I would have learned that after a steady decline in the 70s, “during the 1980s and 1990s, Springfield developed a national reputation for crime, political corruption and cronyism.” It looked like Springfield’s decline from the 1970s had not been reversed just yet. Unfazed, my oldest daughter really wanted a hot drink and found a Starbucks open not very far from where we were. “Really?” I said. Yes, really. In the most unlikely place.

We went to the casino. I can’t believe I’m writing this. 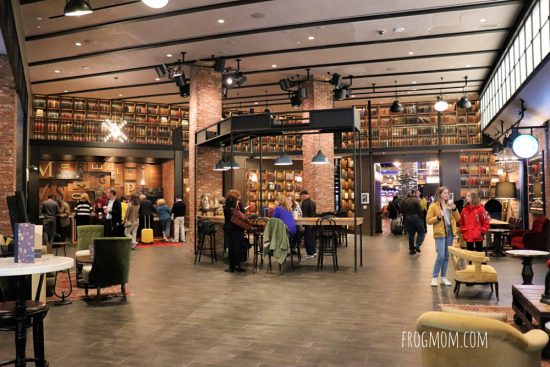 Turned out that Springfield, MA, was zombie-land everywhere apart from the sparkly MGM Grand casino. I absolutely hate casinos and all things gambling but the lobby of the MGM, Starbucks-side, was the best place to be at that very moment. It was dry, warm and clean. The lobby decoration was not even half bad, with its pretend-literary nooks and my girls spent a bit of time sitting in various armchairs to try them all out. What really crept us out, though, was the very reason people were here. The casino. my girls had never seen a casino in real life and they were floored. So many people sitting in front of machines, so many of them. 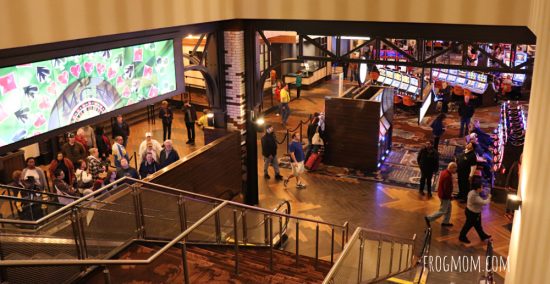 As I was walking alone with two children and a camera around my neck, I drew the attention of a guard quickly. “Can I help you, ma’am?” He was freaked out that my girls would step over the carpet delimiting the slot machines area. God forbid that under 18s step on some old patterned carpet, but do let addicted gamblers waste away their savings on one armed bandits. Let them sign up for the “loyalty program”, rewarding addiction with addiction. Man, this place was insane. 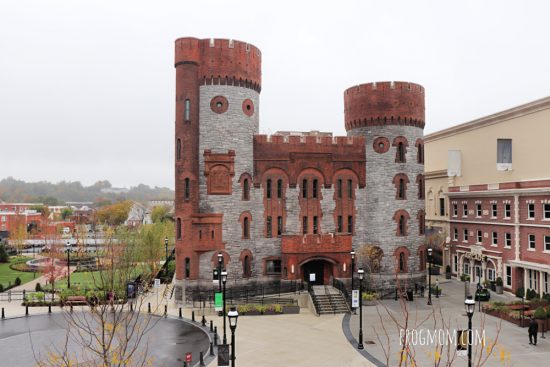 Seeing this as an educational opportunity, I took my girls around, showing them how the integrated food court, movie theater and hotel cum fake medieval tower were all part of the same marketing ploy designed to keep people inside rather than inviting them to go outside. Reading this TripAdvisor review later sent chills down my spine, “There are too many non-gamblers just hanging around.” I guess we were part of them, non-gamblers hanging around. What a sad thing to say. Feeling the need for fun in this world, we left shortly after as the Dr. Seuss museum was about to open its doors. Also, the guard didn’t like my taking photographs of gambling spaces so, there.

Finally! The very reason we came to Springfield, MA, the Amazing World of Dr. Seuss Museum. I didn’t know what to expect but I sure was hoping for absurd humor and some insight into the political activism that motivated many of his books. 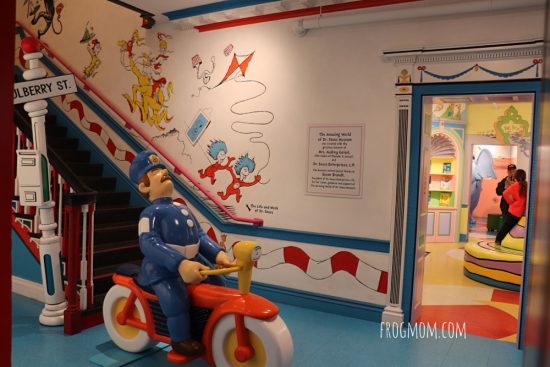 Entering the museum was like stepping into the pages of the books of Dr. Seuss. Starting with And to Think That I Saw It on Mulberry Street, the rooms celebrated various books such as Oh the Places You Will Go, The Lorax, The Cat in the Hat or How the Grinch Stole Christmas. 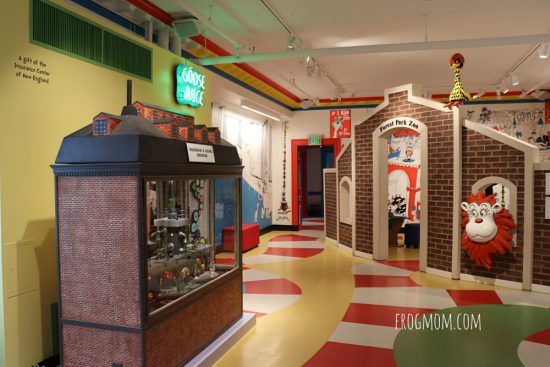 We saw the Goose Juice machine and stepped inside the small bakery that commemorates Dr. Seuss’s grandparents’ bakery. We learned that Dr. Seuss, real name Theodor Geisel Seuss, was the grandson of four German immigrants and grew up in Springfield, MA where his father ran a brewery on Mulberry Street until the Prohibition.

My favorite part of the museum was undoubtedly the second floor where hand-written letters, newspaper articles and captions explained the work of Dr. Seuss in context. I had always known that books such as The Butter Battle Book had a political meaning such as the Cold War and found it fascinating. 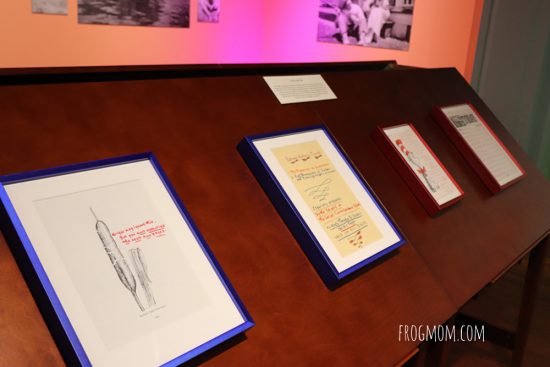 Indeed, many of Geisel’s books express his views on a remarkable variety of social and political issues. Obviously and with much foresight, The Lorax (1971) warned about the dangers of consumerism and promotes environmentalism. “The Sneetches” (1961) and its green star-bellied yellow birds warned about the dangers of racism and promoted racial equality. As said, The Butter Battle Book (1984), was all about the Cold War, the arms race and building a big wall to defend yourself from your neighbor. Rings a bell, building a big wall between two countries?

Yertle the Turtle (1958) was a fine story about Adolf Hitler and the dangers of authoritarianism and one of my favorites, How the Grinch Stole Christmas! (1957), criticized the materialism and consumerism of the Christmas season. Horton Hears a Who! (1954), with its refrain”a person’s a person, no matter how small” was a wonderful tale about anti-isolationism. It was amazing, getting to know the world of Dr. Seuss, how modern this man had been and how his books, as absurd and anecdotal as they appeared at first glance, were in fact deep cautionary tales about our world. If anything, the museum deepened my respect for Dr. Seuss though my girls regretted that the exhibits were so geared towards the under-8 age range. Let’s hope that in the future, the museum can include exhibits for older children who can handle complex questions.

Well done, Dr. Seuss, for inviting us to look at the world differently.

In Other Springfield News

The city is also home to the Basketball Hall of Fame and the Esta Manthos Indian Motocycle Collection, for fans of pre-Harley Davidson bikes. If you wander not very far away, your kids can spend a days busy at the Six Flags New England theme park, running from kids ride to family ride to thrill ride. As you see, Springfield, MA, is very much a varied lot if you have time to spare. Avoid downtown, though, unless you have a thing for derelict city centers. 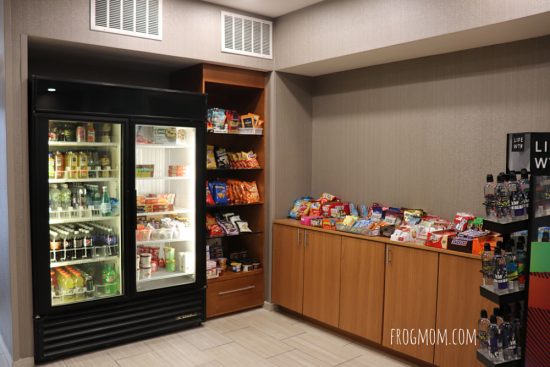 Initially, my girls and I were supposed to pitch our camp at the KOA Northampton/Springfield but the mixed reviews weren’t motivating and it rained so much that day, that we found a plan B while driving. All Springfield hotels were too expensive so we drove 15 miles south to the Springhill Suites Marriott Airport hotel at Windsor Locks, CT. As an airport hotel, the hotel was large, clean and completely characterless. I discovered in the hall a vending machine with processed meals ready to be reheated in the hotel microwave for dinner – an option a few families seemed to take advantage of. 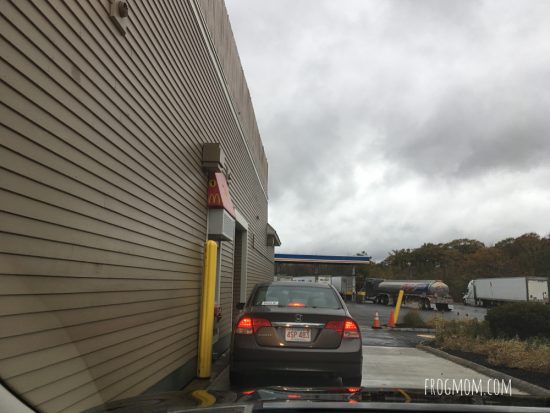 Imagine the thrilled when we stopped in front of a giant lit-up menu and a voice came out of a little speaker box on the side. “What can I get for you?” We gave our order but whether it’s my accent or our odd requests, it came out different from what we thought. Instead of 20 chicken nuggets as two boxes of 10, my girls got 18 chicken nuggets in a single box. Instead of a veggie burger, I got a burger without the meat – bread, salad, tomato, cheese and ketchup. She had said “we can remove the meat if you want.” That’s exactly what they did. So, McDonalds doesn’t do veggie burgers at all? Lesson learned.

The glamor didn’t stop there. 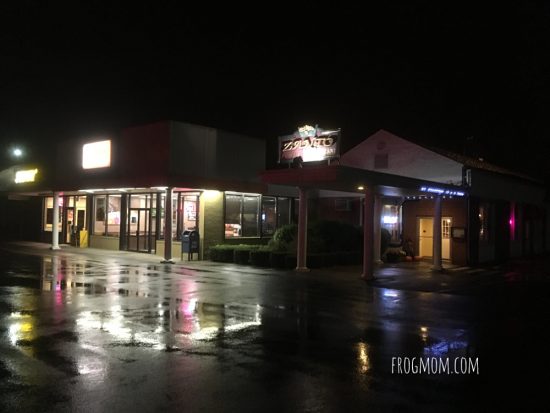 For dinner, as we were staying in Windsor Locks, we headed to nearby Zanto Suffield, a family pizzeria nestled in a shopping mall. Though we were the only customers, a sign that my father would have interpreted as “get out of here, quick!”, the pizzeria was actually quite good. Of course, service was prompt. Hey, no other customers, right? It seemed eerie that a family pizzeria would be so empty on a Saturday night but maybe we went too late. 8pm is standard in Europe but in Connecticut, this seemed past bedtime for many. No regrets though, dinner was fun, my girls ate heartily and it only took us 8 minutes to drive back to the hotel.