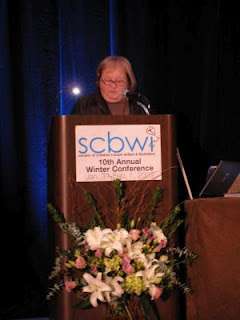 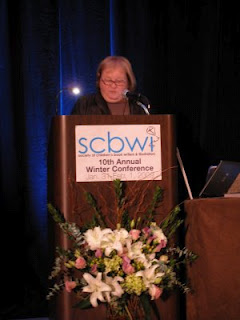 Rapunzel: Hair Extensions” or “The Runaway Bunny: Why did her mother leave him the f@**! alone?” or “Bob the Builder: Beyond the SubPrime Crisis.”

That’s the kind of humor you get at a children’s books writers and illustrators conference.

These are actually jokes that were submitted by conference attendees for a joke contest whose baseline was: “These popular children’s book characters are at Oprah’s tonight. What’s their darkest secret?” Love it, great idea.

The SCBWI conference started on a humorous note from co-founder Lin Oliver (on photo) who complained from having stayed up all night “to cook chicken for our lunch.”

It stayed on a funny – no, hysterical – note when Punk Farm author/illustrator Jarrett Kroscozka showed us his kickass short film on the creative process behind a book called 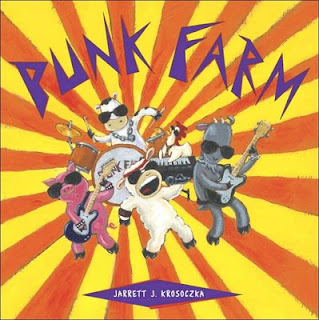 I can’t wait to read his black and white (and yellow) graphic novel Lunch Lady and the Cyborg Substitute, a book loosely based on fond memories of lunch ladies hovering in dining areas of American schools …. and on James Bond plots.

From that point on, it was hard to beat the stand-up comic standard. Jay Asher, author of teen suicide YA novel Thirteen Reasons Why, managed to make us laugh with the making of his really-not-funny-book in a presentation entitled “How to sell a book in 12 years … or less!”

Needless to say, the book is pretty dramatic so don’t let anybody say I said it was funny. What cracked us up was how endearing was Mr. Asher at trying to sell various manuscripts, being awarded grants and prizes, and het never selling a single book.

Indeed, if there’s an adjective that best describes how first-time authors get published, it’s slooooooooooooow. I guess I haven’t been doing that long enough to be a veteran but I’m already impatient.

At the end of his speech. M. 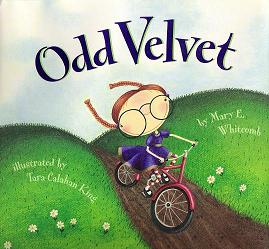 Asher presented an award for longest unpublished author and the distinction went to a woman who’d been trying to get published for 33 years. Now that’s resilience.

In the morning and in the afternoon, we broke down into smaller groups for sessions with various editors. I saw successively Kathy Dawson from Dial Books for Young Readers (a Penguin imprint), Scott Piehl from the Disney Book Group and Tim Travaglini from G.P. Putnam’s Sons (another Penguin imprint).

After the afternoon session, the 1162 of us gathered in the big room to listen to Richard Jackson, a legendary editor in the publishing industry. 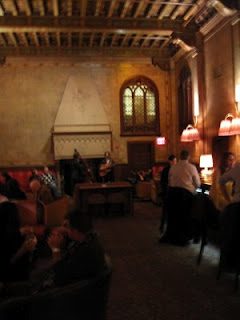 including Odd Velvet and another woman whose last name I wish I remembered) for a night out.

He transformed the bare room into the galleried hall of a thirteenth-century Florentine palace. And so came the coffered painted ceilings (which reminded me of Fracostoro‘s Renaissance villa in Incaffi, Italy), the huge Persian rug, flowered vases, statues and wood panels.

Tara, Eve and I were blown away. As The Campbell Apartment is reknowned for its Old World cocktails, we obliged to tradition and each ordered two of the specialties, including the Shanghai Margarita and the Flapper’s Delight.

Shortly after we sat down in plush couch and armchairs, a live jazz band started playing by the fireplace. For someone who hasn’t been away from her children very often, the experience felt 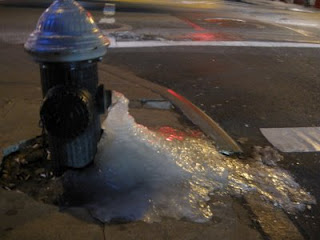 exceptionally grown-up and snazzy. Thanks Jenny!

Sadly the menu offered no food options so we hovered towards Madison & Vine, a so-so wine bar/restaurant owned by the same company. Their upscale version of the mac’n cheese was far from memorable.

Too bad the lines were too long at the Asian fusion Spice Market. At 9.30pm, the wait was still up to an hour to get a table. Crazy.

Our discussion went on and on until we were the last customers of the restaurants.

On the way back home, I fell in love with a frozen dripping fire hydrant on the curb. Tough life for NYC firefighters if the pipes freeze so easily! It was just lovely to see the crystal clear wavy ice chunks coming out of the leaking faucet.