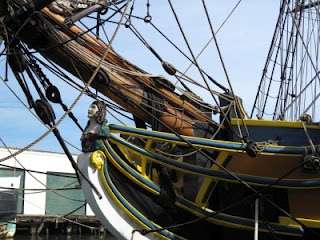 > Pirates of the Caribbean Ship and San Francisco’s Ferry Building

Pirates of the Caribbean Ship and San Francisco’s Ferry Building

Last week I read a posting by Lydie on CityMommy that said: Ship featured in Pirates of the Caribbean coming to San Francisco. Two ships, the Lady Washington and the Hawaiian Chieftain were coming to dock in San Francisco, all the way from Grays Harbor Historical Seaport in Washington State. They will stay in San Francisco until March 5, 2009 (then moving on to Oakland).

The Lady Washington, a full-size replica of an 18th century 90-ton merchant sloop that sailed around the Horn between colonial ports, appeared in Pirates of the Caribbean: Curse of the Black Pearl as HMS Interceptor.

The latter is hailed (in the movie) as the fastest ship of the Royal Navy’s fleet and is hijacked by Jack Sparrow and Will Turner to go after Elizabeth Swann. Knowing that or half of it, it was darn tempting to set foot on deck the following Saturday at Pier 40 in San Francisco.

So high spirited were we that we turned up 40 minutes before opening time. Gasp. The crew was still readying the ship. Re-gasp.

So we took our combined four children (from 3 to 7 years old) to play at the nearby playground underneath the Giants Ball Park. They climbed on giant anchors, followed the playground’s maze and watched boats in the marina.

Half an hour later on the dot, we were back and the children’s expectations were high. Asked my 3.5 year old, “Will there be skeletons on board?” Why of course my darling, it’s a pirate boat, isn’t it? Well, well.

Alas for pirate lovers, the Lady Washington is not a 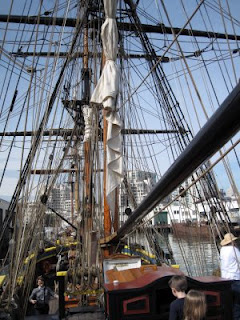 pirate haunt at all – never was in fact, since it was built in 1989. Watch Pirates for the romance.

But the ship fulfills a much more honorable destiny: it is a sailing school vessel. A dozen or so crew members sleep on board and teach school children about merchant sailing during weekdays.

During weekends, they do what I consider “the fun stuff”, recreating 18th century battles in period costumes with swashbuckling and canon firing during Battle Sails, or taking you out to sea during less dramatic but still heavy on sea folklore (sea shanty singing, maritime storytelling) Adventure Sails.

Lucky are those (48 maximum capacity on each trip) who sail the seas on a ship like this one. At 112 feet long, the Lady Washington is a fine and rare treat for boat lovers.

Three miles of ropes, a stearing wheel, steep stairs, forbiddden trap doors with rubber sharks above the keel, tiny sleeping quarters without an ounce of privacy, and a wooden deck: the works.

However, it seemed disappointingly small to me. I should have read Lydie’s post closer or three times. She did warn about the “toy boat” feeling aboard the replica of the Santa Maria, one of Columbus’ ships in Barcelona. In my wildest dreams, I had images of Johnny Depp sailing away 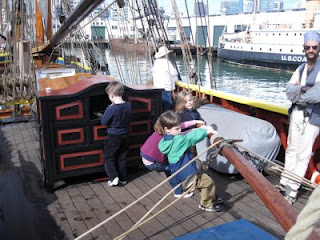 Nevertheless, Anne, our combined four children from 3 to 7.5 years old, and I really enjoyed the visit. The people on board were very nice to the children and there were very few “no touching” areas for the young’uns. Plus, the crew were happy to answer all our questions, even the annoying ones about Pirates of the Caribbean (I tried hard not to ask but apparently not hard enough).

“It’s a good thing for us in fact,” said one of the men. “It brings us publicity we probably would not have otherwise. Families come to visit our ships and eventually help fund the program.”

I shouldn’t have been shy about Johnny Depp trivia after all!

As morning faded away, our little ones’ stomachs growled until they all shouted “I’m hungry” in unison. Farewell Lady Washington.

The initial plan was to take everybody to Fisherman’s Wharf 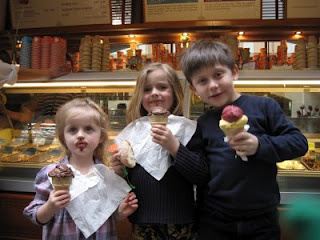 to watch the sea lions afterwards but Fisherman’s Wharf food places are touristy, bland and spendy at best.

So we opted for the Ferry Building instead. What a splendid idea. Saturday being farmers’ market day, it allowed our junior troupe to taste a few selected dried and fresh fruits as well as olive oil.

We bought “cosmetically challenged” apples for applesauce, simple bread rolls for the children at Acme Bread Company, eggs from a Petaluma Farm for soft-boiled eggs the next morning, and fennel for a great fennel & pork loin recipe that Bon Appetit magazine published last month.

To reward the children for their exemplary behavior, we finished with a tribute to Italian gelati at Ciao Bella, an I 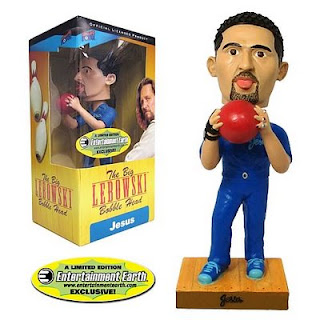 I have to say, most walkers-by were really delighted by the sight of our ice-cream-covered children slowly enjoyed the humongous scoop they were holding.

Incidentally, their clothing enjoyed it too and everybody was happy. I can attest to the fact that the Valrhona chocolate gelato is very creamy and yummy.

Eventually, Fisherman’s Wharf dropped out of the picture. We needed to be at Pacifica’s Sea Bowl for a bowling-themed birthday party at 3pm.

Until we can re-enact The Big Lebowski in a blue Jesus jumpsuit, we’ll enjoy bowling with the kiddos. Hail for the bowl launching ramp for munchkins. Highly effective.