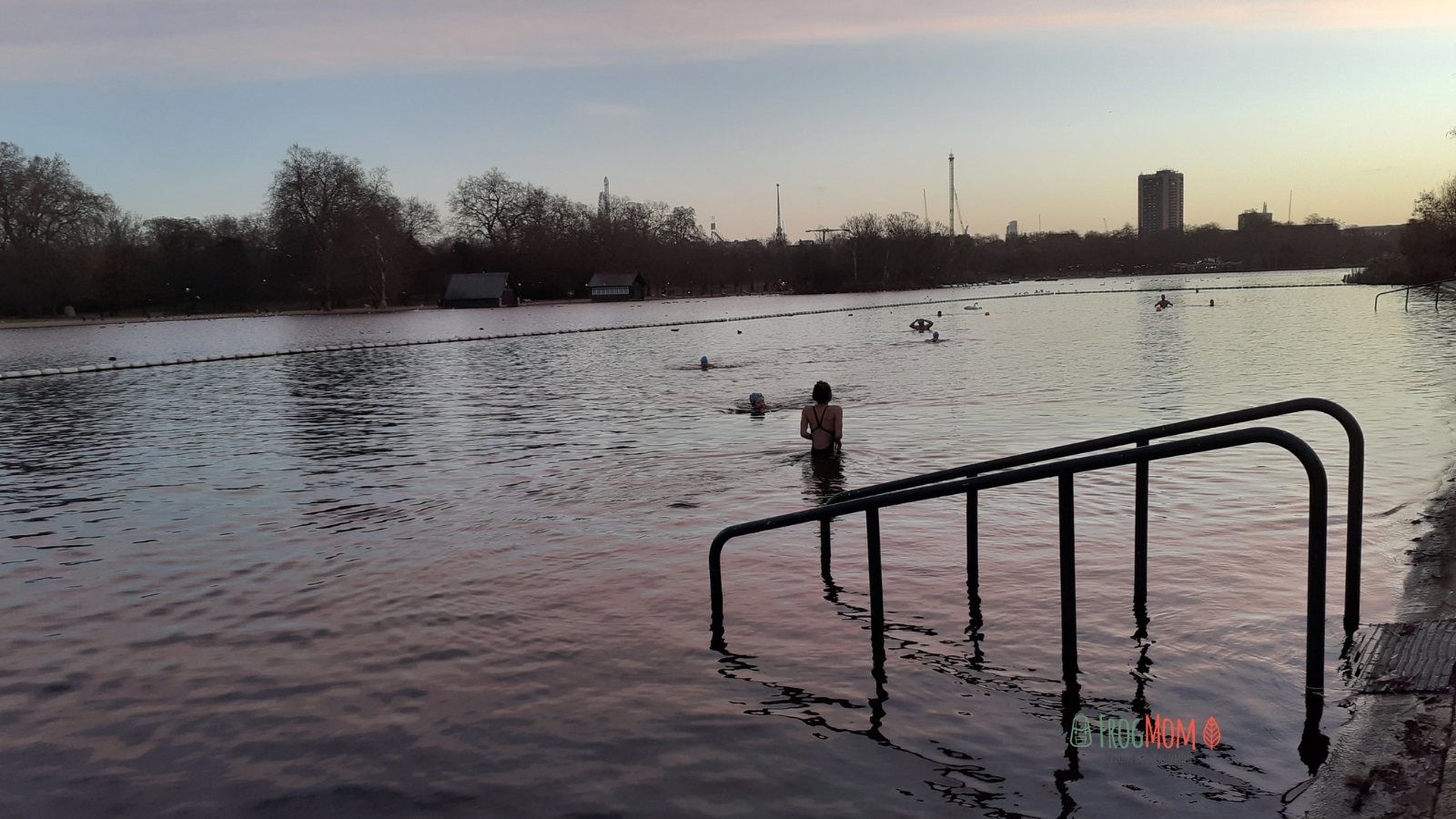 In September 2021, I signed up for the Polar Bear Swim Challenge as a way to motivate myself to swim outside during the colder and darker months of the winter. The whole idea was to set myself a minimum monthly mileage goal so that I would hold myself accountable for getting up and swimming in the morning when it’s so tempting to stay inside.

I’ll be honest, it worked as motivation but it wasn’t easy. The siren call of a comforter is incredibly hard to ignore when the temperature hits single digits outside. Anyway, since it worked in getting me swimming outside and socialising with my friends while doing it, I thought I would start tracking my swims.

A word of caution

The Polar Bear Swim Challenge is masterfully orchestrated by ice swimmer Pauline Barker aka Mama Bear. She regularly sends updates and motivation tips to 4500 swimmers, the 2021-2022 cohort of Polar Bears and Penguins.

The Polar Bear Challenge is run under the clothing rules of the International Ice Swimming Association and the Channel Swimming & Piloting Federation, which means that the only attire allowed is one standard swimsuit (which may not extend over the shoulders or below the knees), a single standard silicone or latex swim hat (no bubble or fancy hats), goggles, nose clips and earplugs if required.

I signed up for the Jedi Bear level, which means that I should swim 3000 metres each month to include 250 metres twice a month from 1 November 2021 to 31 March 2022, and also a number of specified swims.

That’s probably where I’m going to flunk my Jedi certification and downgrade. They’re tough, each swim counts for 1 point and the goal is to accumulate 20 points between November and March.

I started tallying up my swims in November but only took notes from December onwards. As you will see, it’s nothing existential or literary. Think of these as a winter swimming mood board.

The format for each entry is:

Heads up breaststroke with wool hat while John L does a masterful backstroke loop without bumping into anyone. How does he do it?

Initially water was quite clear going towards Winter Wonderland, but second half coming back towards the bridge is always darker. Couldn’t see end buoyed line until I bumped on it. Hands felt like popsicles (a common occurrence). Swam with Phil S who swam 400m. Woman walking gingerly without flip-flops to the changing room.

Robin bought a new thermometer. Offered me my first Rolo (milk chocolate caramel bonbon) and a drop of home-brewed sloe gin in my cup of hot tea. Tried turmeric and ginger tea to warm up from the inside, as recommended by other swimmers. Worked quite well.

Swam in second race, penultimate in the winter series. Choir on rooftop to prep for tonight’s SSC Christmas party. Nippy fingers, felt like they were being crushed. Drank full thermos of hot green Christmas tea from Fortnum & Mason. It has hints of coconut and tastes very yummy.

Dark when going in, faded daylight when going out, then a drizzle. The ice swimming community (Nick H, mostly) is saying Bah Humbug because the water temp exceeded 5C today. Robin saw me shiver and poured some of his mystery moonshine (“I have no clue what it is”) in my cup of tea. I too had no idea what it was.

Saul’s birthday swim with friends! Changing by the bench under the tree with the Hampstead group, including Jamal, Maxine and Nina. Victoria R had forgotten her towel so I lent her mine.

Coupe de Noël de Genève! I joined two different events – the 100m race and the 100m fun swim. Cracking swim event. For both swims, I was with my French swimming club, Jacques Tuset’s Nage Evasion. We were all dressed as prisoners and goofing around. So much fun. Water was incredibly clear. During the first race, I spotted tinsel and fancy costume accessories lying at the bottom of the lake. Hope they cleaned up after the event.

Night swim on the eve of the winter solstice right outside stately homes in Versoix. Thick fog on the lake. Lights of landing planes shining through the fog as they descend. Eerie sight. Quiet water, hardly any movement. Rickety ladder to exit the lake.

Short scare. I was pushed offshore by a current as I was following a line of buoys. Daughter was waiting on a bench, playing on her phone. She couldn’t see me as I had no tow-float. I got scared when I saw the third buoy way over to my left instead of in front of me. Swam in a straight line against the wind to the rocky wall. Tried to hang on to third buoy to take a rest, but found slippery chain links underwater and I was getting cold. Better to cary on. Once in shallow waters, continued back to the bench. Shaken. Water clear. Heavy mist on the lake.

When within 2 or 3 meters from seawall, turned around to avoid getting tossed on the rocks. Mostly clear water, no visible fishes. Everybody wearing coats and winter layers. Me wearing sweater and teeshirt.

Adding up all my December swims, I swam 3496m, my 3K goal saved by the last warm swim in the Mediterranean. January is probably going to be harder as only cold swims. As predicted, not a single specified swim in December.