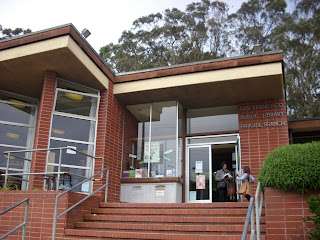 > Puppets at the Parkside Library

Puppets at the Parkside Library 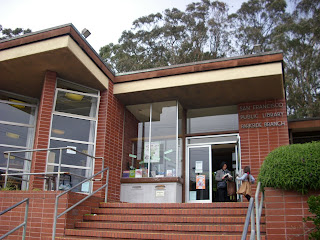 Celebrate the San Francisco Library Puppet Festival! Each month of March is dedicated to our friends the puppets and we had to see a show before the month was over. As this week coincides with my girls’ Spring Break, it was a good way to entertain them too. When you’re 4.6 and 2.6 years old, puppets are the best kind of entertainment. We went to see “The Boy Who Cried Wolf” at the Parkside Library.
The Puppet Art Theater is a long-standing puppet company in the Bay Area and they are unique in that they writ 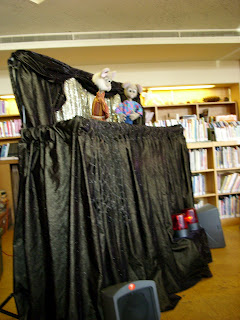 e their scripts and make their puppets. Just like Children’s Fairyland in Oakland has their own (fantastic) puppeteers, Fairy Tale Town in Sacramento has the Puppet Art Theater as a visiting guest. In addition to their Sacramento commitments, these puppeteers tour the Bay Area from North to South and East to West so check out their calendar of events to catch them on the go.
“The Boy Who Cried Wolf” was great. I’ve always been impressed by the ability of puppeteers to modulate their voices according to the character and their inimate knowledge of the public. This show was no exception. As soon as the furry purple puppet Fellula got on stage, all the kids at the library started laughing. There’s magic in this. Just by appearing and dawdling around, Fellula brought smiles to everybody’s face.

Then came the bleeting sheep who went “Baa! Baa! Baa!” while skipping everywhere, the little shepherd who was late and wanted to play tricks on his dad, the dad who installs a 2008 Wolf Alarm with two red police lights and calls the sheep “Here Lammie lammie lammie”, and the wolf who’s not so bad after all. My girls (especially the older one) loved it. 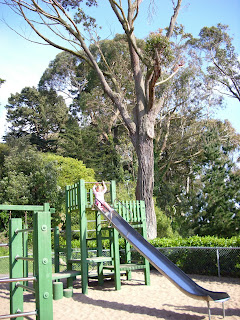 After that, we headed towards McCoppin Park, a four-block city park with a cute sandy playground. A tall structure with high steps and big slide kept my older busy during an hour (up and down and up and down again) while the little one discovered a new sense of balance and spent her time going sideways along climbing structures. I was surprised by how much time we spent in such a small space. Granted, the place was almost all ours and it was sunny but still. If not for these two heavily-repeated activities, we wouldn’t have lasted half an hour.