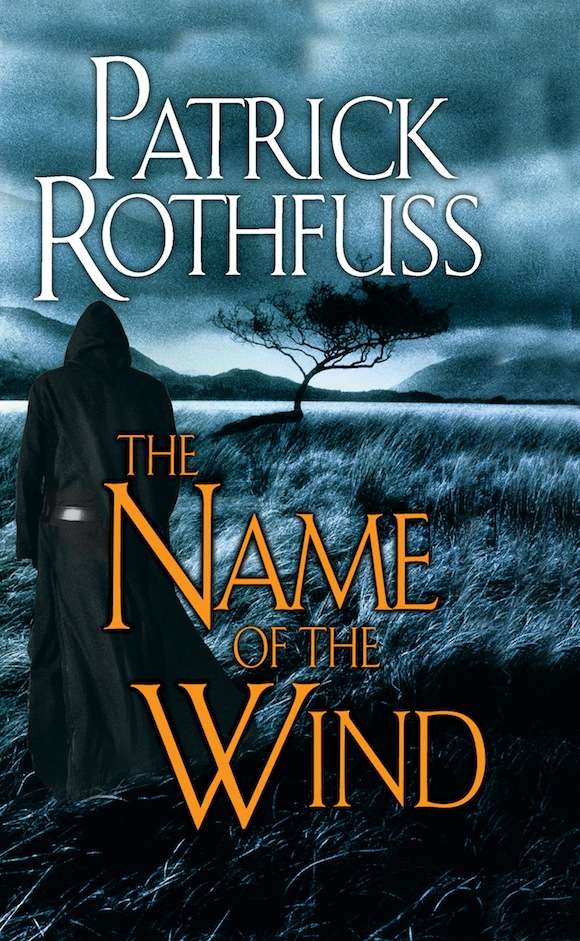 > Review: The Name of The Wind by Patrick Rothfuss

Review: The Name of The Wind by Patrick Rothfuss 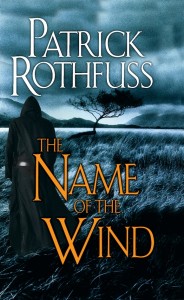 The Name of The Wind was suggested to me at the Book Passage after I finished all The Game of Thrones books and couldn’t shake off the world of Westeros, Essos and the Wall. Pining for more deeply immersive fantasy, I asked a sales clerk “What shall I read next?” He didn’t hesitate and took The Name of the Wind off their shelves as well as Perdido Street Station. So far I’ve only read The Name of the Wind and that was months ago but it’s been such fun that I’ve decided to geek out on on e of my favorite reads this year. Let me tell you: if you like a good story well told, you will like this. It’s fine if you don’t like fantasy. I guess.

The Name of the Wind is the story within a story of a man named Kvothe, known to others as a legendary hero. After having faked his own death, Kvothe lives under an assumed name as an innkeeper in a small town. Only Bast his assistant knows his identity, until a historian by the name of The Chronicler arrives in the village and recognizes him. He convinces Kvothe to tell the story of his life so he can record it on paper. Kvothe only agrees if the historian will give him three days. The Name of the Wind contains what’s told on the first day. Kvothe’s childhood as a traveling performer stops the day his entire troupe, parents and all, is murdered by a mysterious evil phenomenon called The Chandrian. From that day, he learns to survive on the streets and decides to learn about magic at the University, so he can one day avenge the death of those he loved.

It’s going to sound strange for a fantasy novel but what I loved most, besides the awesome world-building, break-your-heart arrogant Kvothe or magical epic quest, was the humor. When a book’s 662 pages long, you want to know it’s not going a slow and painful read. Fortunately for us, Patrick Rothfuss is a riot of a guy (don’t take my word for it, read his blog) and the book’s lines regularly cracked me up. Here are two quotes, one from Kvothe, “It wasn’t even a good note.’If you are reading this I am probably dead.’What sort of a note is that?”  and one from his beloved Denna, a woman as beautiful as she is sharp, “Roses! I swear you men have all your romance from the same worn book. Flowers are a good thing, a sweet thing to give a lady. But it is always roses, always red, and always perfect hothouse blooms when they can come by them.”

Actually, sharp is an adjective that could be applied to many aspects in the book except to Kvothe’s impulsive reactions when poked around by enemies. He then becomes this foolish young rooster of a guy who just can’t resist a theatrical response regardless of the consequences. And consequences there are. He is sentenced to a public whipping. He is banned from the university’s archives. He loses his lute. He jumps off a roof. Wait – what?

Yes, jumping off roofs is the latest trend in fantasy (see Divergent), as is finding the true name of things or people that surround you. If you haven’t read the last book in the Eragon tetralogy, I’ll spare you the pain. Suffice to say that by finding the true name of someone you basically gain control over them. Knowledge is power. Aha! Now think about the book’s title, The Name of the Wind. You understand where Kvothe’s getting at, right? The book follows his quest for the true names of natural elements such as wind, fire or rock. Good thing few mortals have acquired that knowledge as – you will see – the results are cataclysmic.

Through the pages, Kvothe displays extraordinary skills. If he hadn’t been orphaned in a tragic way, he would be a nauseatingly gifted character and as such quite irritating. He’s a child prodigy, a born musician, the best and youngest learner at school, a street fighter, an herbalist, a complete science wiz and – oh surprise – a total hunk. Not very fair now, is it? Let’s balance things out. To Patrick Rothfuss’ credit, he throws a lot of misfortunes in the face of his young protagonist. Talk about tough love, success and life certainly don’t come easy to Kvothe. He meets a girl? She disappears. He gets admitted to the University? He can’t pay tuition fees. He gets acknowledged as the best musician in town? The richest brat around is in sworn enemy and prevents him from being sponsored.

Dang, life is hard when you’re a dark and stormy knight. But hey, that’s how legends are born.

Blank. Not much bad in this book. All right, I’ll try.

If I had to think about what bugged me in the book, I’d probably say the first 100 to 150 pages. Truth be told, I almost gave up earlier because I found the exposition tedious and I thought “oh no, been there done that – reads like a Lord of the Rings remash!” Obviously I was wrong. It just takes a while to settle in – the story within the story, the hero behind the scenes, the crisscrossing of past and present, the semi-medieval world where alchemy is taught at the University on par with geometry. It’s a rich world to paint and since the story takes place on two levels, you have to accept that you know where the hero is now (no wild guesses on “will he survive?”) but you don’t know how he got here.

The other thing that put me off a bit, at least in the early pages, was the pompousness of Kvothe. When he introduced himself, he sounded so full of himself: “I have stolen princesses back from sleeping barrow kings. I burned down the town of Trebon. I have spent the night with Felurian and left with both my sanity and my life. I was expelled from the University at a younger age than most people are allowed in. I tread paths by moonlight that others fear to speak of during day. I have talked to gods, loved women, and written songs that make the minstrels weep. You may have heard of me.” Am I right or am I right? Turns out he was merely telling the truth.

At the End of the Day

Time to wrap up because finding weaknesses in the story gives me writer’s block. Here goes.

If you loved The Game of Thrones. If you love a big epic. If you love fantasy and even if you don’t. If you want to root for the underdog,  go find a copy of The Name of the Wind. I loved the book and I loved its sequel, The Wise Man’s Fear even more. Now please Patrick, hurry up, skip ComicCon, keep being a good dad and write that last book already. Will you?