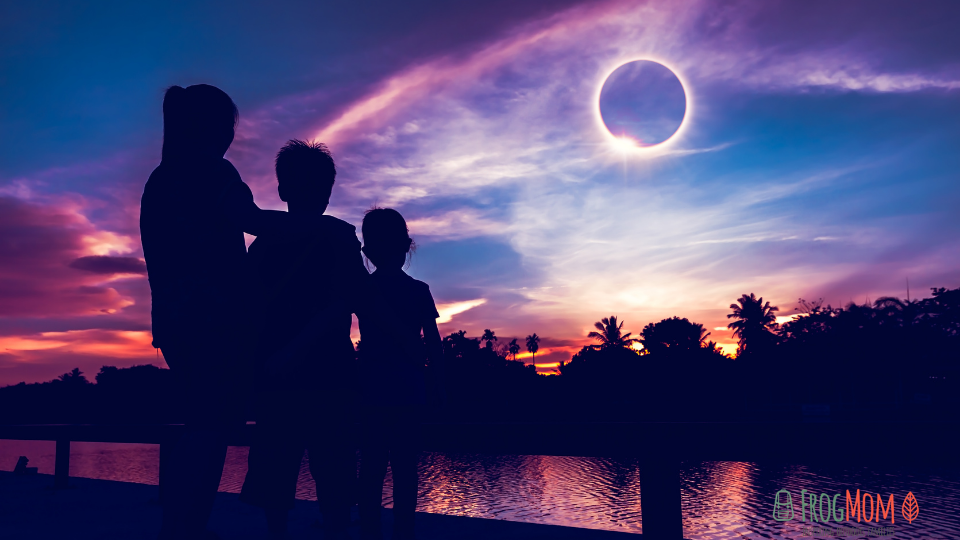 I talked with Jonathan Braidman, instructor and astronomer at the Chabot Space and Science Center in California to get a few tips to watch a solar eclipse safely and to get kids excited about this rare event.

When Can You See Solar Eclipses?

Total eclipses of the sun rarely ever happen (roughly once a year) but depending on where you live, the frequency is only once every few years. In some places, eclipses are a once-in-a-lifetime event. You’ll want to be outside for a total eclipse of the sun and you’ll want to make a big effort to see a partial or annular eclipse.

For your planning, the Nasa Eclipse website provides the dates of solar eclipses over the next decade, including:

What Is a Solar Eclipse?

Kids need to understand what happens to realize how extraordinary a solar eclipse is. Basically, it will be night during the day and that’s pretty awesome. A solar eclipse happens when the moon gets between the Earth and the sun, therefore blocking the sun from our view.

Since the Earth is round (unless you live in Lancaster, CA, and still believe that the Earth is flat), people experience the eclipse differently depending on where they live on the planet. This animated video shows two children trying to understand what’s going on during a lunar or solar eclipse.

As you’ve probably heard, watching the sun during a solar eclipse is as dangerous as watching the sun without the solar eclipse. Meaning, DON’T DO IT. Kids can’t look directly at the sun but they can create a pinhole camera to look at a reflection of the sun on a harmless piece of white paper. Here are two fun crafts to create your own solar eclipse viewing camera:

According to Space on msnbc.com, here are the steps for optimal solar eclipse photography and future bragging rights. These guys are pros so you’ll have to tailor the advice to your photo equipment and capabilities.

What I suggest goes beyond the photo session–a timelapse! You can create a video of the experience and narrate what it was like. For narrated slideshows, you can use Windows Movie Maker or Fotobabble. If you prefer a music video, check out Animoto or Canva.

Use props! You can reproduce a solar eclipse at home and shine some light on the subject with different sized balls, items you probably already have in your cupboards. I created this example of a solar eclipse simulation based on various solar eclipse models but you can use your imagination and make up your own version. In a science museum, you will find models of the solar system that look like this and can serve as inspiration.

How to Make a Solar Eclipse Model at Home

Have you ever seen a solar eclipse? Or even more than one? Please share your experience in the comments.