Star Wars travel can be done outside of a galaxy far, far away. In fact, Star Wars travel locations are like a best-of list of the most beautiful places on Earth and if George Lucas had been a travel agent, he would have killed it. Now thanks to all the Star Wars movies, you can plan family trips with The Force in mind and explore beautiful national parks and World Heritage Sites. How’s that for a winning combo of great outdoors and Star Wars envy?

To make this list manageable and faithful to the FrogMom ethos of outdoors with kids, I’ve only listed the most popular outdoor filming locations. They are listed by country, mentioning scenes where the locations appear and cool hotel or family activities whenever available.

For your Star Wars around the world, you will find out 21 Star Wars filming locations across America, Europe, Africa and Asia. Happy travels!
AMERICA

Star Wars Travel in the United States Of America

The StarWars.com website is a goldmine for die-hard Star wars fans and sure enough, they have great intel on the Star Wars filming locations. This map shows various spots used in the Star Wars movies. For detailed itineraries, simply click on it. 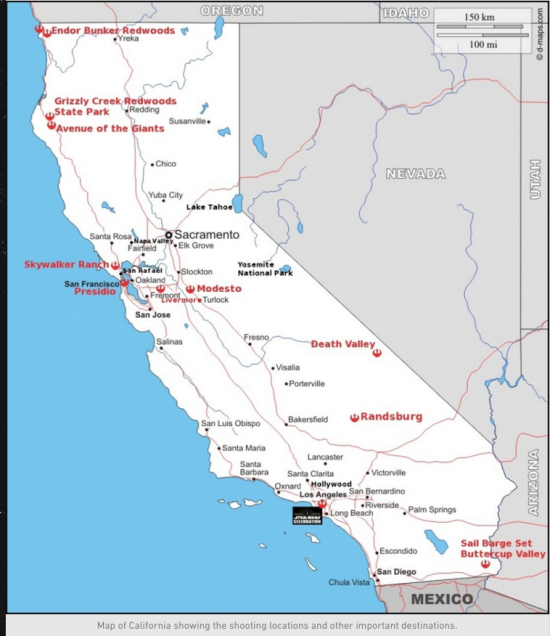 Perhaps the biggest Hollywood role of Death Valley National Park, Episode IV: A New Hope draws many fans to the hottest desert on the planet to find the arid landscapes of planet Tatooine. The great map below comes from super fan site Panamintcity.com and shows all the spots where you can explore Star Wars Episode IV scene locations. If you feel like a Death Valley road trip, click on the map to reach the page with the full details on the Star Wars trail. 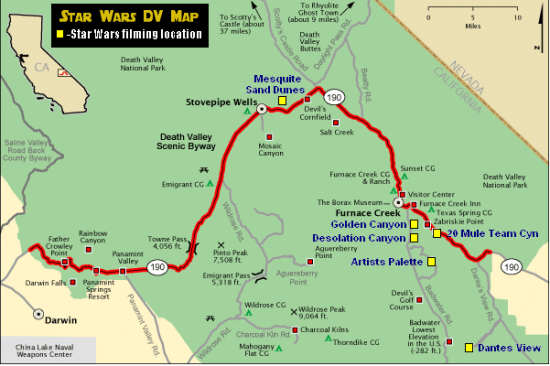 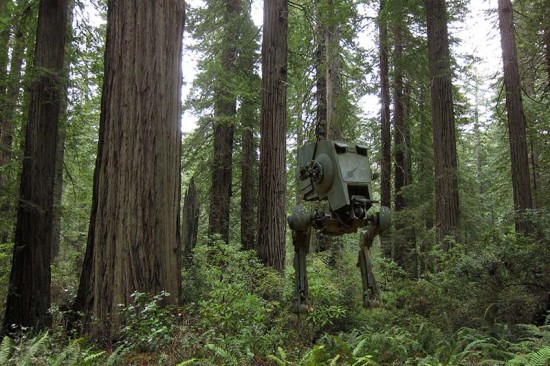 In Northern California, coast redwoods are the trees you want for the Endor scenes of Episode VI: Return of the Jedi. If we found Endor in California with our girls, you can too. However, much of the actual filming was done on private land that’s been logged since (read: the location doesn’t look like the movie sets anymore). Too bad but there’s a turnaround for you redwood lovers. For that lush coast redwood feeling, you can either explore the most famous redwood groves at Redwood National Park or head on to nearby state parks where some actual filming took place.

If you’re in San Francisco and short on time, Muir Woods National Monument is a must-see for its majestic redwood trees and in the quiet zone (Cathedral Grove), you can almost feel surrounded by The Force. It’s impossibly popular in all seasons, so try to plan your visit well ahead.

For Episode VI: Return of the Jedi, you may want to head over to Arizona where gorgeous sand dunes served as backdrop for the Jabba barge scenes.

Mayan ruins seem like an unlikely spot for sci-fi movies but hey, Mayans knew a thing or two about astronomy. So there, Mayan ruins in Guatemala it is.

Fairly remote, Tikal National Park is best seen on foot and hiking from temple to temple can take up to a full day. To explore the park, you can pick from three hotels and the kids will you if you book a jungle canopy and zipline tour.
EUROPE

Norway has the honor of providing the only non-studio filming location of Episode V: The Empire Strikes Back. All the other scenes were filmed in huge sets, including Dagobah and the City of Clouds. Hurray for Norway!

The glacier is located between Hallingskarvet National Park and Hardangervidda National Park, making Finse a good base for outdoor activities. For the ultimate Star Wars kick, stay at Finse 1222, the hotel where the Star Wars crew stayed and where they filmed some scenes from the back door during a snow blizzard.
AFRICA 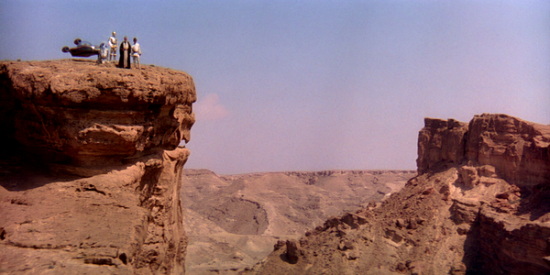 The Hollywood mecca of northern Africa, Tunisia may be one of the only countries that appears in more than one (even two) Star Wars movies. From A New Hope to Revenge of the Sith, Attack of the Clones and The Phantom Menace, Tunisia sure is a winner for Tatooine and other desert-type backdrops. The map below shows all the filming locations used for the various Star Wars movies. You can find all the details of a 5-day itinerary here. 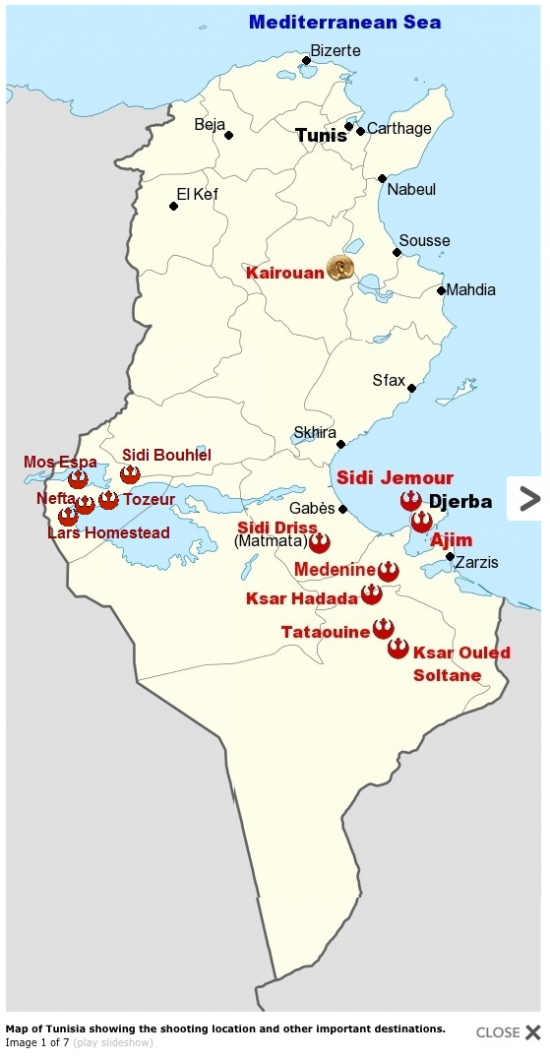 Though stunning, the places used as backdrops in Tunisia are not part of national parks per se. However, I’ve mentioned nearby national parks so that you could plan to discover the best of local landscapes and fauna.

Guilin, a city named after its lovely osmanthus, is hailed by many as being the most beautiful place in China with its exotic terrain of freshwater lagoons and tree-covered mountains. Its spectacular karst formations have been used in many Hollywood movies and have inspired generations of visitors for centuries, represented on ancient scrolls and murals.

The Kashyyk backdrops were actually a combination of Guilin and another location near Phuket in southern Thailand. Which brings us to…

When dream islands and amazing food collide with the Star Wars universe, it’s a very tough life being a Star Wars fan. I respect that. But you do what you gotta do, right? The good (and bad) news is, Phuket is one of the most popular beach destinations in Thailand. You will have no problems finding hotels and boats to take you to visit the clear waters of Phang Nga, with thousands of other people. It’s still a beautiful spot, but very crowded.

Apart from Antartica and Australia, Star Wars has been pretty all around the planet to film in the most outstanding outdoors you can think of. I hope that this will inspire you to plan some Star Wars-inspired travels and to enjoy other natural wonders in these national parks and world heritage sites.

May the Force (and the Outdoors) be with you!