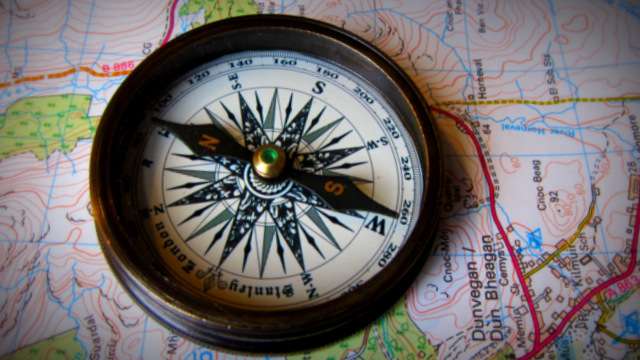 > Teaching Kids How To Read A Map

Teaching Kids How To Read A Map

Teaching kids how to read a map is a survival skill that can be used both in a forest and in the city. If you have ever gotten lost, you know it’s not fun – sometimes scary – and one of your main concerns is probably that your kids never get lost either. Or that if they do get lost, they can find their way back to safety. One obvious solution is to accompany your children everywhere and that works when they’re small but you can’t do that until college. That’s where teaching kids how to read a map comes in handy.

Besides helping to find a way, reading maps combines reading and math skills and helps build spatial sense and visual literacy. You can’t say that of switching on an electronic device. I recently taught my 9-year old how to read a road map and it took her exactly 4 days for her to master the art but now she’s a perfect co-pilot in the car.  Here’s a breakdown of the learning experience.

Step 1: Finding Where You Are

Hey, you got to start somewhere so I gave a map to my daughter. I gave her a road map of Malta – because we were visiting Malta for the holidays – and basically told her, “Find where we are.” I was driving with my two girls and without a GPS, I needed a copilot I could trust with directions. So there, I gave her a map of a country she’d never been to, a map with strange names of unfamiliar places in a foreign language, and trusted her creative brain that she would find where we were. Her first reaction was one of intense frustration and confusion. To be expected So I gave her detailed instructions.

To most people who can read maps, it doesn’t take long to situate themselves on the map and trace a mental line to their destination. For children who’ve never done it, it’s a very tricky exercise. Maps include all sorts of text in various font sizes, lines of different colors, symbols and whatnots. Kids need to understand that maps are only a tool showing detail about an area and that fortunately, that tool has a key. It’s practically spy code material. Understand the key, understand the map. First thing you need to do is show the key – also called legend – to your child and have them read it out loud to make sure they understand all the symbols and lines. Red line = major highway, yellow line = crappy back-country road, green line = medium-sized roads, big dots = towns, etcetera.

My 9-year old daughter looked at the map constantly. My 7-year old and I read road signs and street signs, commenting on the landscape to give her clues about the terrain. About half an hour later, my 9-year old started to connect names on signs with names on the map. She’d understood the key! At the beginning, she recognized names after we’d passed them which was something but not very useful in terms of giving directions. We needed to orient the map to get somewhere. On to step 2.

By orienting the map, my daughter would be able to anticipate what was coming and find out where we were going. While orienting a map sounds like a difficult step it’s a lot easier than the previous one. Orienting a map simply means aligning the north arrow of the map with the physical north outside. First things first, your child needs to find the north arrow on the map. Here, kids have to remember 2 things:

Found it? Good. Once you have north, it’s a piece of cake to find the other cardinal points. While kids learn them at school, they don’t always remember where cardinal directions are. Fortunately, there’s an easy way for them to remember what order they’re in if they can memorize this mnemonic: “Never Eat Soggy Waffles” – clockwise this will give them: North, East, South, and West. They can also try “Never Eat Sticky Worms” or “Never Eat Shredded Wheat.” If North is where your child’s head points, East will be their right hand, South their feet and West their left hand – NESW – easy.

Now that my daughter could put her finger on our location on the map and understand what was around it – coast, cities, mountains, countryside – finding directions was the next logical step. A direction is basically telling you what to do next: keep straight, turn right, turn around, go left. To find the direction, I had my daughter put a finger on our location and a finger on our destination and then I asked her to describe what the best way was between the two. In the real world, there will always be more than one way or one route so that’s a great exercise to understand logistics. You know those maze games that kids like to play? They are a fantastic brain workout to figure out the route between A and B.

Since we were driving, I asked my daughter to find the quickest route and not the shortest route. That meant, the maximum distance on bigger (faster) roads and the minimum distance on smaller (slower) roads. That’s where she got to use the key map, figuring out which line color she should look for and which line colors to avoid.

That last step took a day or two of driving around and messing up to master because it involves estimating distances on the map and anticipating the next move on the road with timely accuracy. How far is an inch on the map – is it five minutes or is it twenty? I guess she did it by trial and error but with practice and determination, she finally nailed it and became the best co-pilot I could have dreamed for. She even started planning itineraries for us, including several stops at historical landmarks along the way and getting us to our final destination.

As a sidenote, I tried the same experience with my 7-year old but as much as understanding our present location came easily, predicting where we were going was too stressful for her. I’ll try again with a simplified map for her.

Why It’s Important For Kids To Read Maps

In his book The Nature Principle, Richard Louv talks about hybrid minds for people who can balance high tech and natural knowledge. Part of the natural knowledge is knowing where you are and where you are going, a spatial awareness that few children have because they’re driven or walked to school or around their daily activities without ever having to find their own bearings.

Earlier this school year, we started riding our bikes to school with my girls. I made it a habit to have my 9-year old ride in front so she would learn the way. Since she had never been used to finding her own way anywhere, it was a lengthy process for her. She expected my guidance at every single street crossing, even after we’d done it 40 or 50 times. It’s like she didn’t register the way and put her brain on hold while I was within earshot.

And yet, learning how to navigate a city, a forest or a country is an essential skill for life. While city streets are somewhat easier to navigate because of the presence of signs and people, finding your way in the outdoors and the natural world requires increased attention. In the words of Tom Brown’s Field Guide: Nature And Survival for Children,  understanding maps – and teaching children not to rely on sight alone for bearings, but rather to pay attention to what they feel, smell, or fear – can prevent children from getting lost or assist them in finding their way out.

That’s why it’s important for kids to learn how to read maps. Because one day they’ll need to fly from the nest and become independent. Being able to know where you are and where you are going is a huge freedom of movement. It’s a free pass to go out there and explore. Now that 9-year old is map-proofed on roads, we’re going to be experimenting on the trail with a compass.

2 thoughts on “Teaching Kids How To Read A Map”