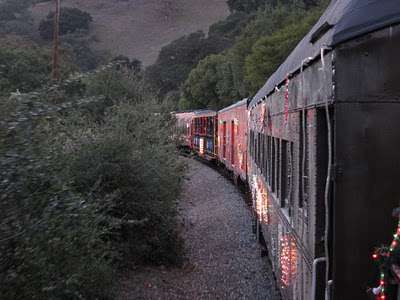 > The Niles Canyon Train of Lights

The Niles Canyon Train of Lights

One of the last working trains of the Bay Area, the Niles Canyon Railway is a real working railroad whose vintage locomotives and coaches conjure images of Wells Fargo, Joaquin Murrieta and Mark Twain days. Come December, the train dons a festive appearance with thousands of lights inside and outside, Santa Claus and Mrs. Claus walking down the train, and holiday music playing during the ride. My girls and I went with a friend and her 6-year old son and had a ball.

Before I bought my tickets online, I looked up where Niles was. You see, the Niles Canyon Railway departs from the Niles Station which itself is located in the Historical Niles District which in all logic should be in the city of Niles. Well, try again.

Despite all the evidence, the train departs from Fremont in an area that was formerly called Niles until 1956. One city absorbed the other, the city name is no more but the spirit is strong. Niles Street in Fremont is all Niles this and Niles that.

The quaint district is also what my husband would call a nightmare: lovely antique shops filled to the brim with something you could bring back in your friend’s car. Utter temptation! At 3.30pm, we made for the shuttle bus stop and saw a vintage bus open its doors. On the large bench at the back, the kids were getting goofy – they were obviously ready for the train.

And what a train! A quarter-mile long, from what I’ve heard. Quite the monster iron horse. After a train guy punched our tickets with star shapes, the kids smiled for a photo with Santa Claus and Mrs Claus but the North Pole couple were oddly positioned behind a white rope and on the photo, it looks like the kids are cordoned off. Hmm.

Finally we arrived in front of the train and faced the big dilemma – which car to choose? All the coaches are different. Some are open, some are not, some are 1910s, some are 1950s, some have the food and drink kitchens, others have restrooms.

I mean, you have to walk down the train and stake your claim as soon as you know it’s right. The kids wanted to be outside so after mildly protesting that we’d catch a cold, we all sat outside. What the heck, it’s not every day we board a holiday train.

At 4.15pm sharp the locomotive blew its whistle and the train rolled away. Slowly first, the train quickly picked up its pace but even at its fastest, we were surprised at how slow it was. I know that’s not the TGV but I guess I expected it to go faster. But hey, the speed mattered not the least because we were taking in the left-right lulling, the clickety clank sounds and the train people.

For instance, on every car you will find docents who are trained railway engineers. They can operate the train, restore equipment and build tracks. I spent some time conversing with them on the history of the railway while the kids prepared their hot chocolate and apple cider on their seat. My friend Day was happy watching the landscape zoom by.

At one point I scanned the hills and saw a big coyote with a thick tail. I blinked twice to make sure it wasn’t a deer or a weird bush. No, a real coyote. By the time I got the kids attention, it was already way behind. Cool! I was hoping that by boarding the 4.5pm train we’d see some wildlife at sun down and we did. Oh, there were cows on the slopes too but those don’t belong in the wildlife category.

After crossing a bridge the train followed the curves  of the canyon which gave us numerous opportunities to see the whole train progressively lighting up. Initially we didn’t notice the lights were on but as the night blanketed us, we realized every single car was fully decorated and some even had blinking patterns.

As fun as watching a light bulb can be, a kid is a kid and ours were dying to explore the train, or rather run down the train. We figured they couldn’t get off anywhere and gave them our green light to run off while we watched the bags. They were ecstatic and left before we even had time to say “stick together.” Well, they did anyway and came back asking for cookies. Cookies? What – they were hungry again?

Turns out, the next car was one of the dining cars and there was a big box that said “Cookies $1”. Inside the kitchen, two kitchen elves were busy pouring hot chocolate, mixing it and topping cups with frothy whipped cream. Ah the child’s delight!

All right, so they got their cookie on top of wolfing down two tangerines each, a bowl of Chinese fried rice, and gulping down three cups of hot chocolate. They must be growing.

After 40 minutes we slowed down and stopped at the Sunol train depot where the 7pm train departs. Could we get off and walk around the station? No Ma’am, you have to stay on the train. Bummer. I wanted to see the lights from outside. Again, the kids took off to explore some more and after a while, I followed suit. The whistle blew once more and from Sunol, we rolled in the opposite direction back to Niles.

Now, there’s a detail I haven’t divulged yet. The train tracks run parallel to Highway 84. Why that is? Highway 84, at the point, is called Niles Canyon Road and connects Fremont to Sunol. See a pattern here?

Obviously the railway came first but the cars caught up and in the narrow canyon, the constant traffic takes some getting used to. Still, it was fun to wave at the cars and have some drivers honk back at us.

The night was getting chillier but to my surprise, the kids peeled off their layers. After running around so much, they were hot! I understood why when I caught up with them in the last open car where they were using handrails as swinging bars. So that’s what made the little monkeys so hot. I see.

A few minutes later the trail pulled to a stop and we rallied the young crew to get off the train. Wait, I didn’t even have time to say all that and they were already gone! Geez, what’s the hurry?

My friend Day and I tried to find our offspring but they had gone too far and the crowds stopped us from going any further. Oh well, let’s just hope they wait for us. They will, right?

And they did, a tight trio waiting for us right outside the train. They seemed relieved to us their moms and so were we. Once we were off, all we needed to do was hop on the shuttle bus to get back to our car. No problem, there was room for everybody.

As a bonus, the drive home was surprisingly smooth and we were in front of our house before 8pm. What an evening! 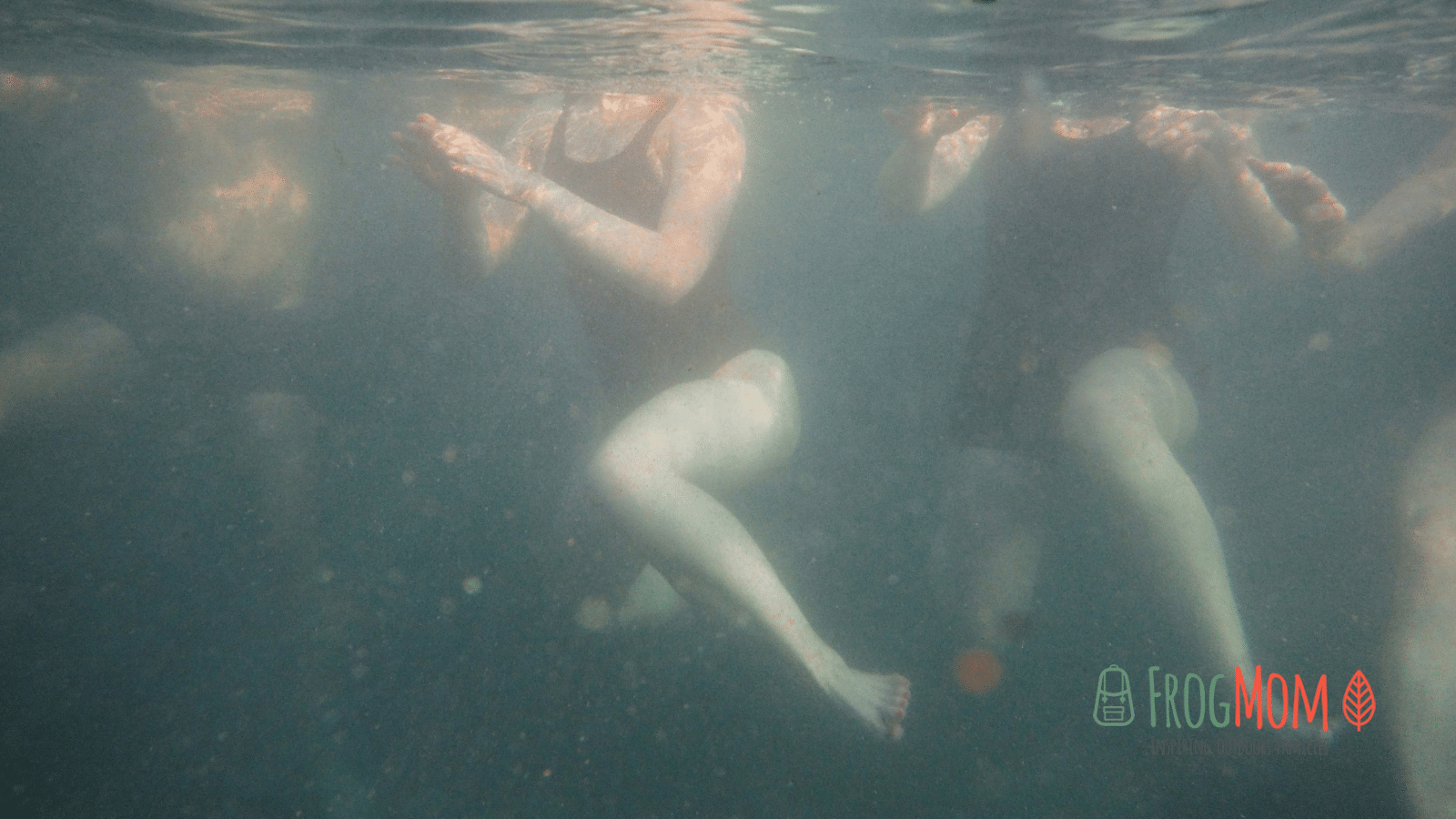 3 thoughts on “The Niles Canyon Train of Lights”