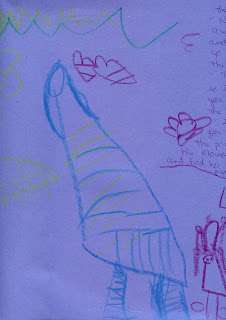 > The princess, the king and the flower: a story by Louise, 4.5 years old

The princess, the king and the flower: a story by Louise, 4.5 years old 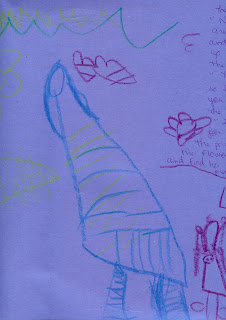 The next other day, the princess saw the sky getting grey so she thought that lightning is coming on. She ran away and went to her castle to tell the king about the storm. But the king said:

The next morning, she saw a little baby standing outside of her door because she wanted to marry him. There was sunshine coming out of the clouds. The king said:

“Are those silly hearts? because I don’t know what they are.”

“Wait, those are the clouds.”

“No, no, no. Those are not the clouds and you have got to go in the castle.”

“You’re wrong, King, so I’m going out and you’re staying in!”

“I’ve been waiting for you every day.”

The princess offered the flower to go in the sky and find her little fairies.

“I’m putting the king in the jail!” she said.