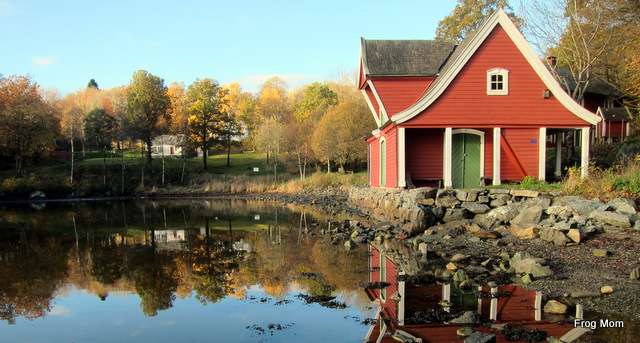 > Travel with Kids: What To Do in Bergen, Norway

Travel with Kids: What To Do in Bergen, Norway

The second biggest city in Norway, Bergen only boasts 270,000 inhabitants but offers so much to do with children that after five days we wished we had stayed a few more days. Small enough that it’s walkable, Bergen is surprisingly big on nature escapes accessible from downtown, making it an ideal break for active families. Here’s what we did with our girls, broken down into indoors and outdoors. Since it rains 270 days per year, it can be handy to know where to retreat indoors although to be fair, most little Norwegian kids go out in full body rain gear on the streets.

Where To Start in Bergen

It’s OK if you know nothing about Bergen – yet. We landed knowing nothing about the city and walked over to the Tourist Information Center, hoping they’d clue us in for inspiration. In an hour, we were set up and ready to explore. They booked our fjord trip, sold us city passes (the Bergen Card), gave us a city map and looked for bus lines and tram schedules. How’s that for a free travel agent? The wait can be long but our girls watched videos and browsed pictures about activities until our number was called up. When our turn came, they already had ideas on what they wanted to do.

At the Tourist Information Center, my 10-year old was sold on VilVite when she saw videos of the magnetic experiments and the 360 rotary bicycle. It did look pretty cool and we all hopped on a tram to see what the big deal was.

At the front desk, we received four cards to activate our free Vilvite online accounts. With these, we’d be able to record our experiences at the museum. How cool is that? We headed straight to the 360 bicycle in the Energy Zone and realized our girls didn’t meet the height requirements. They were probably happy too because it looked scary. Fully-strapped to a bicycle in a 360 loop, you pedal your way up the loop until the bike goes full circle and round and round again. I volunteered to go first and it was hair-raising but fun! My husband went second and then our girls dispersed to various hands-on activities. Whether making a short stop-motion animation, creating a quirky recipe in a food exhibition or playing construction games, they didn’t leave the museum until it closed. A rainy afternoon well spent!

If you ask my 8-year old, the best museum of our trip! Seals and sea lions in huge outdoor tanks completely stole the show for my girls. Both harbor seals and ringed seals are native wildlife to the Norwegian coast so t was great to see them upclose.

My husband was fascinated by a lonely penguin who acted unfriendly with all his mates. Inside, we browsed all the Norwegian fjord sea life tanks before moving on to the tropical fish, alligators and odd turtles. We even saw marmosets, a super cute fluffy monkey in a tree. Identifying the fish and crustaceans was moved super easy with illustrated panels. Little kids who like to go hands-on can spend ours touching spider crabs, sunflower starfish and sea urchins in the tide pool area.

Natural History Museum at the University of Bergen

Where can you admire the amazing woodwork of Vikings, card wool and admire the model of 17th century Bergen? At the Natural History Museum, of course!

When we arrived in front of the museum, school kids were practicing archery and javelin outside by shooting paper targets of reindeer and foxes. That’s how you raise little Vikings! It gave us – adults – a good laugh but my girls were looking with envy. Oh, how they would have loved to join that school and practice archery on field trips. Once inside at the front desk, our girls received a scavenger hunt paper where they had to find photos of objects in the museum and write a short description.

We left our belongings and jackets in a locker in the basement and headed to the Viking age exhibit on the ground floor. While we didn’t have clear ideas about when or where the Vikings lived, it was fascinating to look at world navigation maps and see how far the brazen warriors had sailed.

From Constantinople to Newfoundland, they relentlessly explored the globe from the 9th to the 11th century. Their jewelry was exquisite, their boats were strong and their gods were fierce. Wow. On the 1st floor, we were struck by the beauty of wood carvings and paintings for religious buildings. The 2nd floor was my girls’ pick as they found an activity table in an exhibit on knitting. Baskets full of sheared wool were an open invitation to wool carding and yarns of different colors had my girls sit down to finger knit. The best part? After they completed the scavenger hunt, they received a small bag full of glass beads.

Part of the Bergenhus Fortress, the Rosenkrantz Tower and Haakon’s Hall are fortified Renaissance buildings that are well worth a look if your children love exploring dark dungeons, going up narrow staircases to grand halls and reaching an open air roof promenade with stunning views of the harbor.

We started with the Rosenkrantz Tower and my girls took the visit like a history game right away. I played the queen and they took turns being captain of the guards and main cook. From the dungeons to the king’s room, we explored every nook and cranny and I read panels quickly so as to offer new perspectives on our Renaissance “life.” As we exited on the rooftop, I had a vertigo moment as some openings are a bit vertiginous but the walking deck was wide enough that I could look ahead and not look down as I circled around the roof.

From what we’d read, Haakon’s Hall seemed like a fantastic Game of Thrones contender. Built in the 13th century, it was the most imposing building of Norway when Bergen was capital of Norway and hosted a royal wedding with 2,000 guests in the middle ages. We expected to be impressed but the hall is now also a conference center and was set up as such with typical conference chairs and tables in the basement rooms and the main hall. Too bad, it sort of breaks the spell. Nonetheless, the history is cool.

Ever wanted to see a Viking drakkar? Well, you won’t see a full-size one at this museum but a great small-scale replica as well as fun exhibits on polar expeditions, life at sea, deep sea rigs or naval navigation.

Small, this museum can be toured in an hour unless you have a child who can spend hours looking at the harbor through a looking glass or pretend-play captain in the full-scale boat replicas.

An absolute must in Bergen! Not only is the funicular easily accessible in the historic downtown but riding the funicular is tons of fun for kids. Once at the top, the views on the city are splendid and if you feel like a hot chocolate or a full meal, there’s a panoramic restaurant on site.

A big troll sculpture welcomes children to the outdoors playground and kids can follow a nature trail lined by troll sculptures. A word on nature – it’s beautiful up there! You wouldn’t expect mossy hills and evergreen forests so close to the city downtown but it’s really nice.

For an easy walk on a wide gravel path, we hiked to the lake and wished the weather had been warmer so we could use the picnic huts and barbecue pits. In the winter, the paths become cross-country ski lanes.

This open air folk museum is set in the most beautiful cove a few miles outside of Bergen. Consisting of 30 farm buildings relocated to this site, the museum offers a great place to run around and enjoy the views on this cove with views on an island.

Inside the museum, we enjoyed the Boat Hall where we watched two guys in the process of building a traditional fishing boat, and exhibits on folk textiles and the fishing way of life. A great little museum to spend a day out.

For an even higher view of the city, Mount Ulriken towers Bergen at 643 m and you can reach it with a yellow or a red cable car in a matter of minutes. Outside of the city center, the cable car is reached via buses and a 5-minute walk up the hill.

The day we rode the cable car we saw absolutely no views as we were in fact finishing a 12-mile hike in the fog. However on a clear day it must be awesome. Compared to Floyen, the top is not as kid-friendly but if you want to hike only a half-mile, you’ll see a totally different type of landscape.