Veganuary Day 17: 30 Days of Vegan to Save the Planet

This is Day 17 of Veganuary, a pledge to eat vegan during 30 days to save the planet. Overall, it’s a dull day with a bright ending as I try a new food that scares my daughters. If you can’t scare your kids with new foods, life isn’t fun during Veganuary. To new scary foods!

I am lucky that I still have vegan pancakes left from my batch last Friday. As they are made with almond flour, they have a delicious nutty flavor that I complement with maple syrup. Definitely a recipe to keep. 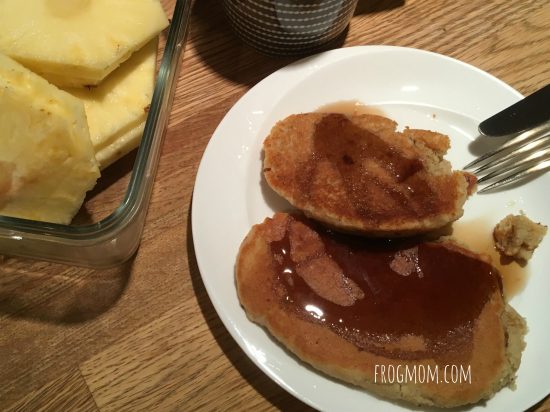 To add a fresh element to my breakfast, I eat some fresh pineapple. You see, when I lived in Bangkok, the season for pineapples was around Christmas and in January. For me, it’s always been a winter fruit. Unfortunately, I didn’t check the country of origin of this pineapple at the market but it’s definitely not as sweet and tender as the Thai varieties. It’s still very nice and the rest will probably make a very tasty pad thai. 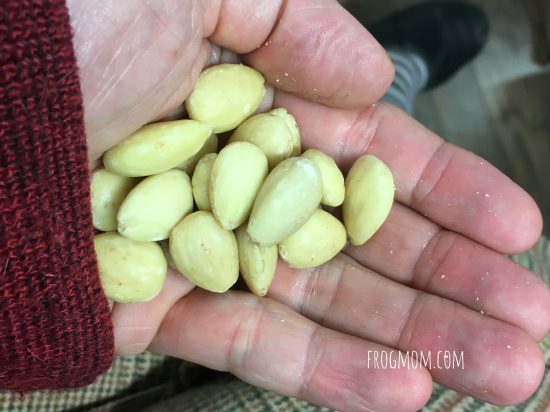 Wouldn’t that be a riot? Such an extremist take on Veganuary. No, the truth is, I start with a bunch of almonds as we are hosting a webinar/workshop at the office and it is running past noon. Ever the squirrel, I dig out a small bag of almonds from my backpack and snack away until the coast was clear. 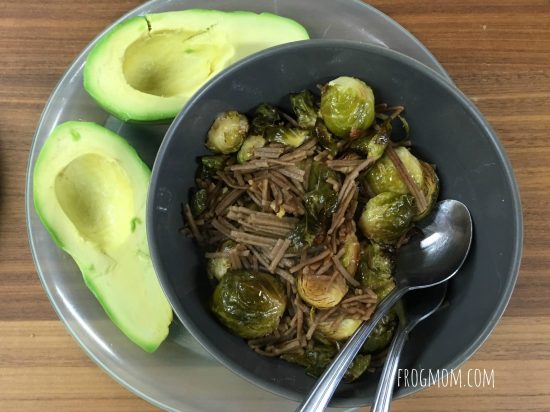 Lunch is Brussels sprouts soba (from Day 15) and a beautiful avocado. Now, the avocado is great but reheated Brussels sprouts, man, it is bitter as hell. I regret not having soy sauce on hand to season the soba better so instead, I eat the sprouts as fast as possible so I can enjoy the soba.

Classic kid strategy when you don’t like everything on your plate.

Strangely enough, I don’t eat any fresh fruit after lunch so around 2pm, I need a sweet thing. As luck would have it, I make a quick trip to a thrift store to find something Scottish-y to wear for Burns’ night tomorrow. It’s a celebration of Robert Burns, the famous Scottish poet, but you’ll hear more about that tomorrow. On the way back from the thrift store, I stop to buy some cookies. I now know that ginger cookies are fairly safe vegan bet so I find a really nice oat version of ginger snaps. 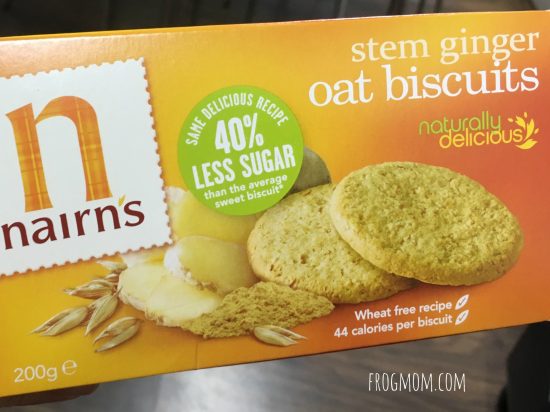 I’m warning you, tonight it’s vegan burgers. Both my girls are extremely worried and if you saw the burgers, you would be too but hey. If we don’t try them, we’ll never know. 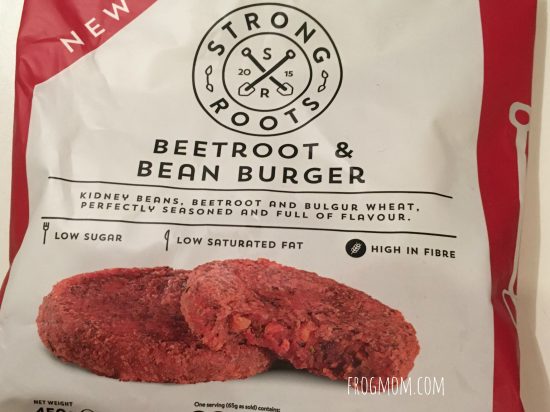 In the oven they go. I serve them with red Thai rice and bean larb, seasoned with sesame oil and Japanese soy sauce (I’m almost out of Thai soy sauce). 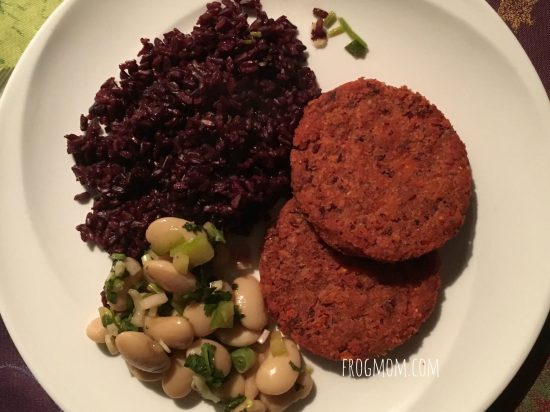 The result is surprisingly good. My oldest daughter says, “It doesn’t taste like a burger but it’s not bad,” before getting up to help herself to a second beet burger. And she’s right too. It’s well seasoned, the texture is super nice and the taste is good. I could see myself using that in a burger. It’s the first vegan fake meat I’ve eaten that holds its own. Well done, Strong Roots!

To finish on another Asian note, we eat a few litchis. They’re in season right now and a stall at the market sells them by the box.