> Veganuary Day 8: 30 Days of Vegan to Save the Planet

Veganuary Day 8: 30 Days of Vegan to Save the Planet

This is Day 8 of Veganuary, a pledge to eat during 30 days to save the planet. It’s also Monday and when you’ve been cooking frantically all weekend, it’s a tough act to follow on Mondays. Prepare to be underwhelmed on the cooking front. Meaning, it’s time to relax, sit back and enjoy leftovers. 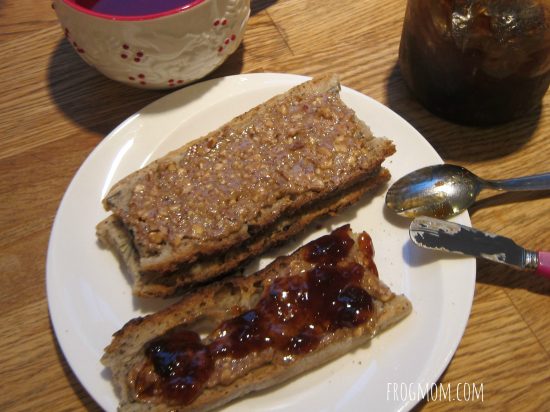 Excitement, my friends! This is probably the least gourmet day of Veganuary thus far, a feat that will be hard to beat in the remaining 22 days, though the occasional slip-up might happen.

It starts like this. Two slices of bread with almond butter with wild plum jam and Earl Grey tea. Sound familiar? That’s because it is. I’ve got Day 5 and Day 6 to look up to for inspiration. Third time’s the charm. Right? Except it’s kinda dry. Guess I should buy some fresh bread. 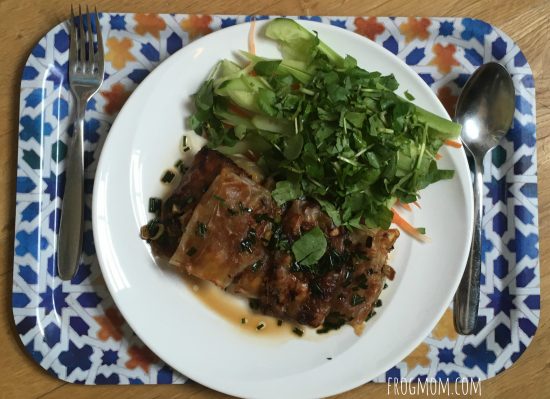 Lunch is actually the best part of the day today. Last night’s Japanese dinner was delicious and I reheat in the microwave the remaining gyoza. Because I’m afraid that my nutrition is taking a hit, I add coarsely cut carrots and cucumbers with chopped watercress on the side. They were supposed to have been used as fillings for veggie sushis but my daughter had other plans in mind. As I chew on the large carrot pieces (almost sticks), I tell myself that I could have chopped them smaller. It’s really a tough chewing job. Oh, and seasoning would have been a nice idea, but sometimes you just gotta channel your inner Bugs Bunny. Chomp, chomp. 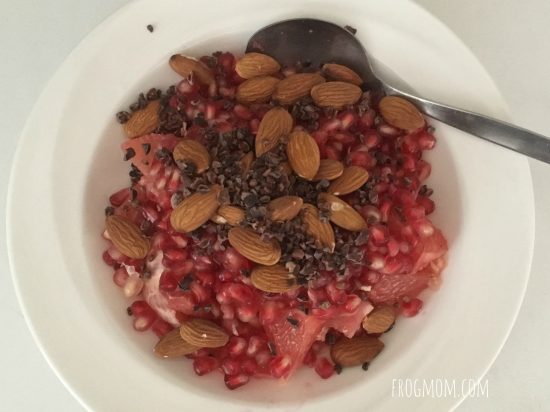 Dessert is half a fresh pomegranate, lovingly seeded by Yours Truly above the sink (my stained iPhone screen can attest to that), with a pink pomelo, almonds and cocoa nibs. I really don’t know why I keep sprinkling cocoa nibs on all my fruit salads. Some vague hope that it’ll change everything? Well, guess what, it doesn’t. It only makes it bitter because cocoa nibs aren’t exactly the height of sweetness. 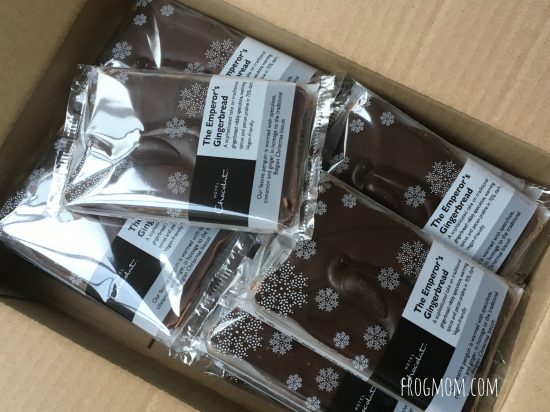 On that note. Depressing fact: did you know that most chocolate is not vegan?

The Spruce has got the full list of regular ingredients here. Most good quality chocolate features cocoa mass, cocoa butter (vegan), sugar and vanilla. Milk chocolate, obviously, features milk, but some dark chocolate too! And some chocolate has butter too. Confused, yet? This means that you have to literally look under the hood and check all ingredients to determine whether your chocolate is vegan.

Or if you’re a lazy bum receiving, say, a post-Christmas sale email from Hotel Chocolat discounting vegan gingerbread chocolate penguins by half, you may have a moment of weakness and order a few. For emergencies, you know. 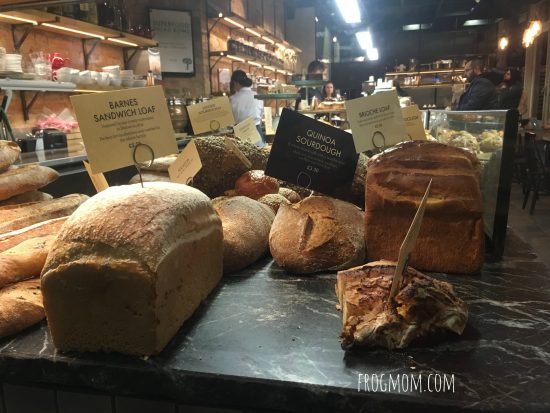 Fun fact: most bread is vegan.

Since I mentioned that I needed fresh bread, I don my best walking shoes and trek to the nearest Gail’s Bakery to buy my favorite bread–Danish Spelt Sourdough. It’s moist, studded with seeds and raisins and just delicious.

What. You didn’t know that bread was vegan? No eggs, no milk, no butter? Let me clarify because I’ve looked it up. In the all-vegan breads, you can safely rely on

Sooner or later, dinner comes and then, it’s either an extraordinary moment of human creativity gone vegan or the Gold Medal of Dullness, which today goes to…. 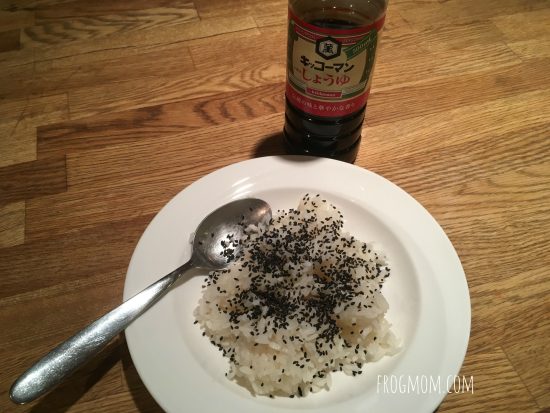 Yes, Ladies and Gentlemen, this is the least creative vegan dinner ever submitted to Veganuary, outranking even plain pasta with olive, salt and pepper as the latter counts four ingredients and this one only has three. The winner goes to bed with a deep feeling of unaccomplishment and emptiness. As far as nutrition, this dinner racks up 242 calories, 0.5 grams of fat and 4 grams of protein. Vitamins would be nice but let’s face it, that’s what nutritional supplements are for.

No dessert. That vegan gingerbread chocolate penguin was rich.

Let’s pray that Day 9 can do better.