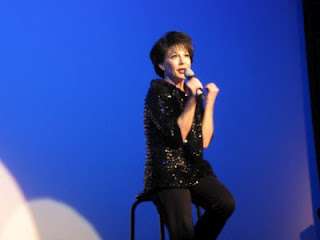 > Victoria Theatre: John Cameron Mitchell and The Origin of Love

Victoria Theatre: John Cameron Mitchell and The Origin of Love

You won’t go to the Victoria Theatre for its ear-blasting sound system, for the size of the cup holders, or for the cozy central heating system. I just made them up.

However, you will go to the Victoria Theatre because it is the longest running theatre of San Francisco and they have one of San Francisco’s most diverse calendar of events. Ladies and Gentlemen, let me introduce a vaudeville theatre that opened in 1908, two years after the earthquake and fire destroyed the Mission District.

See the picture on the left? It’s the then-named 16th Street Theatre featuring vaudeville acts, circa 1908. You’d be hard pressed to guess what the area looked like 50 years earlier.

In 1924, a local journalist recalled a time 50 years before when Mission Creek ran up to 16th Street and Harrison and “folks used to swim in it … as far as the sugar refinery at 8th and Brannan.”

Today, the Victoria Theatre is one of the very few surviving single-screen old-school theatres with stages in San Francisco. Yes, there is a stage and it’s as good as in any Rocky Horror Picture Show revival. Get up there, claim the mike and throw a bicycle film festival.

The show started with cabaret singer Connie Champagne performing two songs from Hedwig (including the wig song). I didn’t know her at all but now I’d like to hear her more. What a beautiful voice.

Then arrived Mr. Mitchell, the star of the show. After singing sang My Funny Valentine and Wicked Little Town, he read prose and poetry.

From the two first lines of Shannon Hamann’s Niagara Falls (A poet can’t change the world, but he can ruin your evening) to the poem called Fragment (it starts in the middle of a sentence and ends in the middle of another), it was just fun and unusual. Mr. Mitchell has a natural sense of humor and communicated really well with the audience.

After reading the epic journal of his trip to Russia for the Moscow LGBT film festival in October 2008 (festival that the police shut down because … basically it was gay), he took the microphone to sing The Origin of Love.

As the whole room stomped the rhythm with their feet at one point, the Victoria Theatre really felt like it came to life.

Never mind the bad accoustics, the shoe-level drafts, the sketchy neighborhood and the weird square screen. Where else in San Francisco can you walk to a place that so enthusiastically supports the arts and offers such eclectic programs despite lack of funding and first-run movies?

You could go to the Roxie next door, the Red Vic Movie House in the Haight, the Castro Theatre in Castro, the Four Star in the Richmond, but… would you be able to grab a bite at Pancho Villa Taqueria on your way out of a film festival nobody’s ever heard of?

The charm of the Victoria Theatre is that it shows stuff you will never see anywhere else. Sometimes it’s good, sometimes it’s bad, but it’s always original.