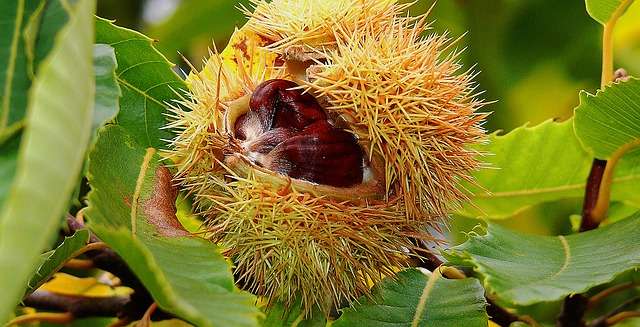 > Where To Find Chestnut Flour, Alternatives and Substitutes

Where To Find Chestnut Flour, Alternatives and Substitutes

We really love chestnuts at home and foraging for chestnuts in parks is one of our guilty pleasures in autumn. However, fresh chestnuts only keep for so long and one of the ingredients we try to stock in our cupboards in the colder months is chestnut flour. The problem is, it’s not easy to find at all. While chestnuts were extremely popular in Victorian times, they’ve become something of a rarity. This got me thinking about where to find chestnut flour, its alternatives and substitutes.

There are several things about chestnut flour that make it worth looking for. Besides its nutritional features, chestnut flour is one of the rare starchy gluten-free nuts, making it a tasty low calorie option for people who eat gluten-free but still want carbs.

What is Chestnut Flour? 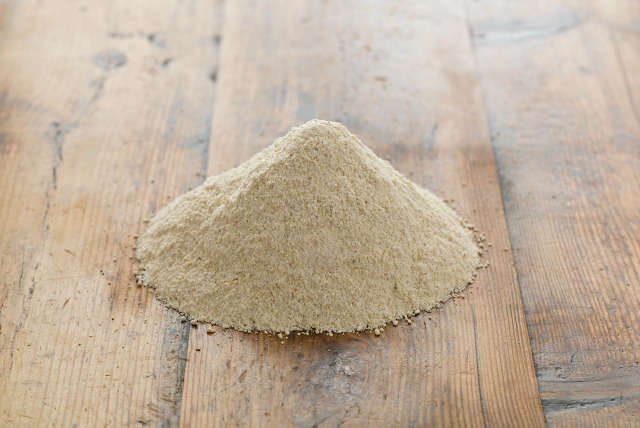 Visually, chestnut flour looks like potato or corn meal in beige color. It should have a sweet taste without any of the bitterness that comes with the outer layers of sweet chestnuts. Made from finely ground dried chestnuts, it is highly seasonal and is usually produced in small batches. Chestnuts are harvested by hand, peeled (hopefully, mechanically)  and the inside nut is dried before being ground into a fine flour. It’s a lengthy process that explains its high prices. I store mine in the freezer, as it is a very delicate type of flour.

Chestnut flour is completely gluten-free, making it an ideal candidate for coeliac and paleo diets as well as anybody who wants to try a new type of nut. As far as nutrition, 100g of chestnut flour delivers

Where to Find Chestnut Flour

I find chestnut flour in the Baking aisle of my local WholeFoods Market and mine comes from Italy. At £5.50 per 500g/lb, it’s quite pricey and reflects the very low supply for this seasonal nut flour. If your local market doesn’t carry chestnut flour, try online.

If you are in the United States.

If you are in the United Kingdom.

Other ideas are worth exploring, specially if you live in a city that has good ethnic supermarkets. China is the country that produces the most commercial sweet chestnuts in the world, followed by Turkey, Italy and South Korea. If you have Chinese and Korean grocery stores, ask if they carry chestnuts. Otherwise, head to an Italian market and if all goes well, they might have chestnut flour or chestnuts under another form for alternatives (see below). 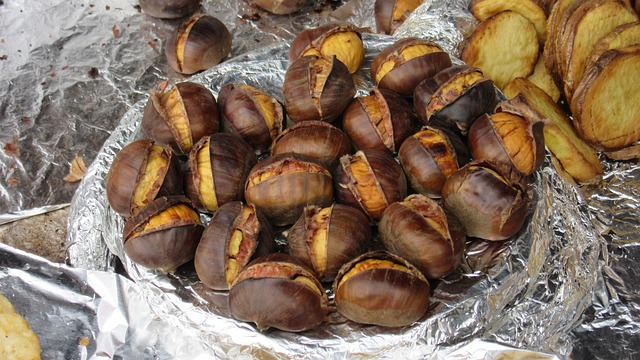 Say you don’t find chestnut flour but you can find chestnuts in another form. What now? Several ideas come to mind.

First, you have to cook them, which means boiling or roasting. Boiling is easier on the fingers. You can boil chestnuts in water until soft and spoon out the flesh. If you’re a roaster at heart (they do smell delicious roasted), cut a deep slit through both outer layers diagonally across the light bottom part and roast, in the oven or on the BBQ, until layers start peeling away and a knife pierces the flesh easily.

For the slit, I highly recommend a chestnut knife (you can get the same one that I use here: US

or UK). Grind cooked and peeled chestnuts in a mixer and substitute weight for weight for chestnut flour. It will be more moist but you still get the same great taste.

Look for those in stores around Thanksgiving and Christmas. They tend to disappear off the shelves after the New Year so if you know that you are going to need chestnuts in the winter, I would recommend stocking up. They usually keep for at least a few months. As for fresh chestnuts, grind them in a mixer and substitute weight for weight for chestnut flour.

I’ve only ever seen those in France and in the U.K. and they are highly convenient. When they start appearing in freezers of my local Waitrose supermarket, I stock up on them for after-school snacks. My daughter loves to microwave a full bowl and snack on them. Who knows, you might have a very open-minded frozen food store in your neighborhood?

Why not? After all, they do sell roasted chestnuts that are usually generous sizes and easy to peel. They will smell delicious but the price tag will be quite high. But hey, if you’re desperate to find chestnuts and they’re your only option, it’s an option. Of course, you could ask them for their supplier but chances are they’ll refuse to answer.

What Substitutes Can You Use For Chestnut Flour? 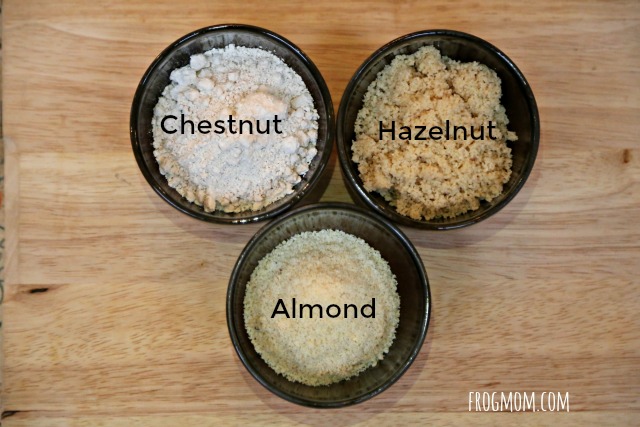 Since chestnut is a true nut, you might wonder if you can substitute almond or hazelnut flour for similar results.

Hazelnut flour contains more fat than almond flour and is a different texture than chestnut flour. With a higher fat content and less protein and carbohydrates than almonds, the results will be quite different. In baking, it will yield a denser finished product with a distinct hazelnut taste. It’s easier to find than chestnut flour and cheaper, but you should only use it if you like the taste of hazelnut. Otherwise, almond is as good a substitute.

At the end of the day, it’s really worth trying to find chestnut flour because it has a distinctive taste that no other nut has. If you are going to try something with chestnuts, go the whole distance and find chestnuts. It’s delicious and your patience will be well rewarded.

2 thoughts on “Where To Find Chestnut Flour, Alternatives and Substitutes”