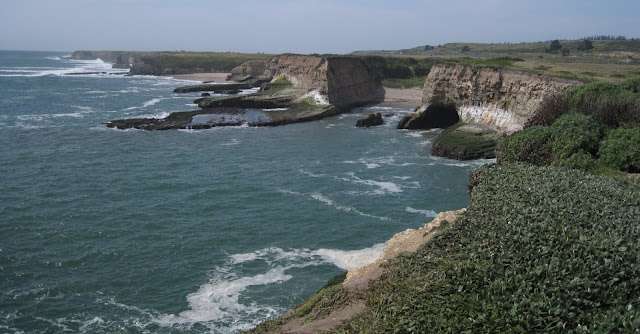 > Wilder Ranch: a Victorian dairy farm with a fern grotto on the beach

Wilder Ranch: a Victorian dairy farm with a fern grotto on the beach 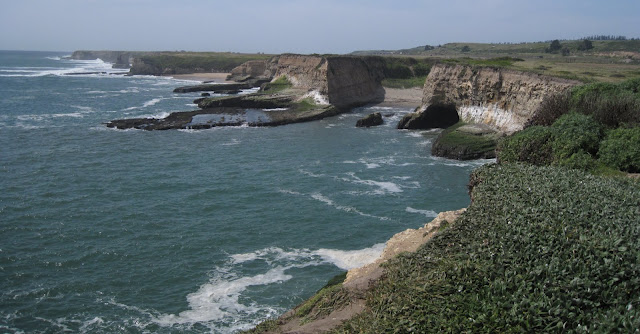 Just shy of Santa Cruz past Davenport, Wilder Ranch State Park hides a discrete spot accessible only when the tide is low above the Pleistocene marine terraces. It’s a cave carved in the sandtone cliffs, right above a white sand beach, where ferns grow down from a ceiling dripping with water from an underground spring that permeates the rock. If it sounds too good to be true, too “Pirates of the Caribbean” to be in California, you probably need to go down there and see for yourself. Wilder Ranch is a fantastic hiking – and biking – place, one of the few coastal parks where you can hike from the ocean to the redwoods through grassy meadows and rolling hills, passing a Victorian dairy farm. Totally worth a visit.

Before Wilder Ranch was a creamery belonging to Levi K. Baldwin and Deloss D. Wilder, it was the land of the Ohlone Indians who lived on the coast and traded local stones, shells and bone tools with inland tribes. The 1776 expedition of Gaspar de Portola followed by the Mission Santa Cruz had a tragic effect on the Ohlones whose population rapidly dwindled down due to European diseases and the loss of their land. 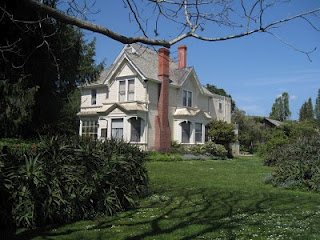 While the current state park does not include an Ohlone village, the interpretive center does a great job at introducing visitors to the Ohlones’ way of life. The highlight of the park is clearly the dairy ranch with Victorian homes, barns, and gardens, a historical area that local schools visit with gusto to learn local history.
On the day I visited, a class of kindergartners was just finishing to churn butter and kids were running on the grass looking for tunnels underneath clusters of aloe bushes. It felt like summer camp before summer. My own girls started by climbing a tree and then were thrilled to realize that the farm part of the ranch still had animals. It had many in fact and we paid them a visit.

From Veronica the French Alpine goat to Lettie the cow named after Lettie Wilder who received a house as a wedding present from her father on the ranch, the local barnyard is very colorful.
According to a docent who was cleaning the wooden cows that kids use to practice their cow milking skills, “the former rooster Thomas Henry was big and mean,” so he had to be put down. Pedro the current rooster is quite the ladies bird and enjoys a happy life at the chicken coop. Other goats included Hazel, Deedee, Peanut, Jessie and Nina, while sheep were named Martha and Daisy. When animals have that much personality, I can only applaud. 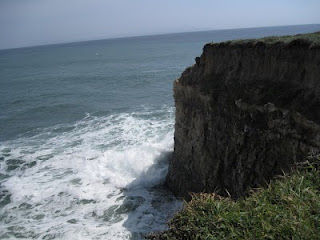 We went inside every single barn and tool shed before I looked at my watch and decided to head to the coast. The ranger on duty had told me that high tide would be at 1pm and low tide at 5pm. I absolutely wanted to see the fern grotto and it was 2pm. I figured that by the time we got the it would be just right. We hit the dirt trail and heard the ocean way before we saw it. It was loud and wild and slammed the coast with rough white waves.
As we neared the coastal bluffs, a man walked to us at a brisk pace pointing to the Old Landing cove. “Humpback whales!” he said excitedly. There were two humpback whales a mere hundred yards from shore, a mother and her calf, diving and throwing geysers at regular intervals. I was beyond myself. My first whales from shore! I wish I had been able to photograph them but they were too unpredictable. All I can say is that they looked like giant shiny leeches coming to the surface before diving again.

We continued and were amazed at the numbers and varieties of shore birds along the trail. Pigeon guillemots, cormorants, pelicans, sea gulls, they were everywhere and the white guano-encrusted cliffs attested of their presence.
Fortunately we had binoculars with us and the girls took turns spotting nesting pelagic cormorants precariously perched on cliff ledges, their body facing the cliff to facilitate a backwards take-off so that the nests wouldn’t be knocked down. Quite a system indeed. 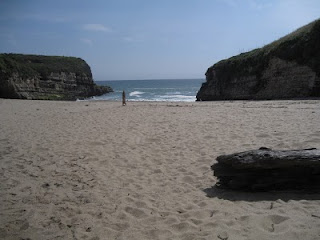 Finally we caught sight of the fern grotto beach. At first I got it all wrong and thought the giant sea cave north of the marine terraces was the one. My heart sank when I saw how slick and wet the terrace was and how the waves still battered the cliff barring the entrance to the cave.
As much as I wanted to, there was no way I could risk a slippery climb on the marine terrace to try to get to the cave. 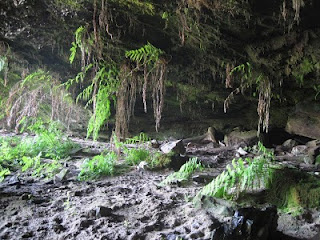 I settled for a quick visit to the white sand beach and was about to retrace my steps when I noticed a darker opening in the rock. I got closer and there it was!
Pretty well hidden if you ask me, the fern grotto was in front of me, strings of dark green ferns hanging from the cave’s ceiling. I jubilated internally. Such a cool place – literally. It was way far from the ocean, that’s how the ferns didn’t regularly take a salt bath. The location explained everything. I walked inside and listened to the drip-drop of water echoing in the grotto. It made my day.
To visit Wilder Ranch
If you plan to visit Wilder Ranch, don’t miss the Independence Day 1910 Celebration with a noon family parade, games, children’s craft area, music, living history demonstrations, historic speeches and flag raising. It sounds like a great family event. Bring your picnic lunch or buy food and drink there. And by all means, bring binoculars.

One thought on “Wilder Ranch: a Victorian dairy farm with a fern grotto on the beach”